by Barbara Early
The road I live on follows the curves of a meandering creek. The speed limit is a reasonable 45 mph. Driving it so frequently, my steering wheel almost knows the pattern of the turns by heart, and I’ll admit I drive the speed limit—or a little above. 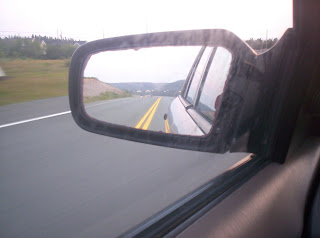 One day, travelling this road at a fair clip, I spotted a tailgater in my rear view mirror. That was how he earned his nickname. “Idiot,” I said, as he started veering over the double yellow to see past me, “you’re going to get us both killed.”
On a short straight section, Idiot decided the double yellow was only a suggestion and swung into the opposing lane. My pulse quickened. I hit my brakes. He jerked his pickup into the lane in front of me, just missing me and the car that came around the blind curve ahead.

And I said to myself, “Where are the police when you need them?”
I shook my head, took a deep breath, and continued driving, thankful that at least I’d averted an accident and that “Idiot” was no longer in sight. And then, rounding a curve, I saw him: the red pickup—and the police car—pulled onto the shoulder of the road.

YES! I did a little happy dance in my seat. I considered pulling over and telling the officer, “And guess what else he did…” My husband suggested, had he been there, he would have pointed his finger shouting, “You, you, you!” I guess that’s a basketball thing.
Something about seeing the guilty duly punished is exhilarating.Victims of crime often like to be present, or even speak, at the sentencing of those who have harmed them. Mystery writers know they need to bring the villain to a satisfying end as one of the expectations of that particular genre. (Early in my writing endeavors, I tried to write a short story where, at the final conflict, the detective died and the killer got away. Surprise! It didn’t go over so well.) 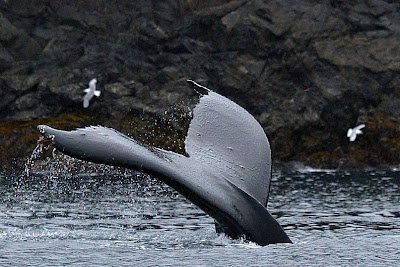 One of the favorite Bible stories we teach our children is the story of Jonah. Parents love the message of obedience. Kids like the image of the disobedient prophet in the belly of the great fish, tangled in seaweed with his hair burned off by digestive juices. But another important message in the book of Jonah is often overlooked. Why did Jonah head in the opposite direction? And what happened after he finally obeyed and went to Nineveh?
Nineveh was the capital city of Assyria, long hated by the Jews and others in that region for their brutality and torture. Yet, Jonah did not run the other way out of fear. And while he sparked a revival unrivaled in history, he was singularly unhappy about it. His prayer:

Therefore I fled before unto Tarshish: for I knew that thou art a gracious God, and merciful, slow to anger, and of great kindness, and repentest thee of the evil. Therefore now, O LORD, take, I beseech thee, my life from me; for it is better for me to die than to live. Jonah 4:2b-3
Jonah left the repentant throng and slunk outside the city, still hoping to maybe see some good old-fashioned fire and brimstone. God’s mercy on this brutal enemy—seeing them repent and receive this undeserved grace and mercy—was so galling to the prophet he just wanted to die. 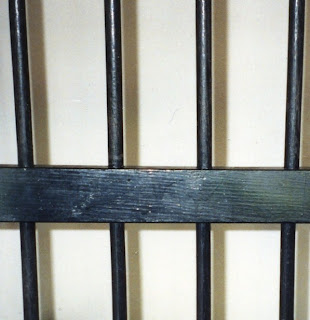 Occasionally news stories report the conversion of a heinous death-row inmate. And as Christians we wrestle with how some pedophile/mass murderer could now be deserving of heaven. Our very nature screams out that he should be punished. And often, on a more day-to-day basis, we look at those who, while not criminals in the sense of law, have hurt us or someone we love. While I have learned it’s not our job to retaliate, some part of me seems to cry out, “You saw that, God, right?”
And like Jonah, I’m tempted to sit and wait for divine retribution to fall.

Only, that’s not the right attitude—not for Jonah and not for me. While it is necessary for criminals go to jail, (I’m not suggesting the suspension of law and justice) the meting out of divine judgment is not an occasion that should trigger rejoicing. God’s heart is revealed in Ezekiel 33:11 when he says, “I have no pleasure in the death of the wicked; but that the wicked turn from his way and live:”

God’s desire is not retribution, but reconciliation. And as we align our will with his, that should become our desire as well.

Consider the story of the prodigal son (Luke 15), actually, his elder brother. When the repentant son returned, begging only to be made a servant in his father house, the elder brother was not all that happy with the father’s warm welcome. I’m sure he found the fatted calf a little hard to swallow. The father’s response:
Son, thou art ever with me, and all that I have is thine. It was meet that we should make merry, and be glad: for this thy brother was dead, and is alive again; and was lost, and is found. Luke 15:31-32

Consider the blessings of this verse: We will ever be with the Father, and everything He has—all the indescribable riches of heaven—is ours as an inheritance, imparted upon us without merit. Why should we be upset when God, who has pardoned our sins and clothed us in his own righteousness, does the same with another poor sinner? And how can we resent mercy shown to an offending brother, when God has lavished it so freely upon us?
When we consider all that God has given us, and the price He paid to do it, bitterness and resentment toward others can only fade away.
Question of the day: What blessings of God are you rejoicing in today?

Barbara Early grew up buried in the snowy suburbs of Buffalo, NY, where she developed a love for all things sedentary: reading, writing, classic movies, and facebook scrabble. She holds a degree in Electrical Engineering, but her penchant for the creative caused her to run away screaming from the pocket-protector set. She taught secondary English and science for several years in a Christian school before home schooling her daughter successfully through high school. Barbara cooks up cozy mysteries with a healthy dose of comedy, and was a double finalist in the 2010 ACFW Genesis competition. When not reading or writing, she enjoys cooking, crafts, home-improvement projects, and spending time with her husband and daughter.
Posted by Barbara Early at April 17, 2011