Our long-time readers may recognize Monday as the day we set aside to talk about current events. It’s important to stay abreast of the news and newsmakers that influence our country, our families--our very lives.

During the holiday shopping season, our shores, towns and maybe our homes were invaded by... the kitchen gadget. The kitchen gadget often makes an appearance during that time of year--popular among glassy-eyed men wandering aimlessly during their annual trip to the mall. But this year, more than most, kitchen gadgets flooded department stores with new functions that are hard to live without.

Perhaps the most universally sought-after gadget of the season has been the K-cup coffee maker. I placed one into my Amazon cart for a couple minutes, in advance of a party I was giving. What could be easier than placing a little cup or pod into the maker and waiting for it to brew a cup of perfect coffee--and any variety of coffee you chose? And so economical too, compared to the cost of buying coffee at your favorite high-end coffee shop.

And here’s where I came screeching to a halt. While this may be a valid money-saver for anyone who has been buying coffee from a high-end coffee shop, at anywhere from 40 to 60 cents a cup (and up), it’s hard for me to justify. Especially since I’m the lone coffee drinker in my house, and I managed to adjust to a weak cup of instant at about 15 cents per cup.

What’s a gadget lover to do? Well, with all the money I didn’t spend on K-cups, perhaps a different kitchen gadget?

I’ll admit to staring at a movie theater style popcorn maker in my local big-box store for several minutes. This brings back teenage memories of going to the local dollar theater, plunking down a dollar of my hard-earned baby-sitting money for admission, then spending five on popcorn. It would pop in the little metal kettle, and then they’d dump it into the clear glass case. Wow, that would be neat to have at home. I imagined fun movie nights with family and friends.
Only when I read the reviews, most said the machine pops about the same amount of popcorn you’d get from a microwave bag. So I’d be spending the whole evening popping popcorn. And then, when everyone goes home, someone has to clean it. Sigh. I think I’ll hold on to my smaller electric popper. Still…

Another gadget that caught my eye was those homemade soda makers. Pretty cool. And they come with flavored syrups so you can make your own sodas (in my neck of the woods, we call it pop) without lugging heavy bottles home. Only upon reading reviews--which were mainly favorable for the machine itself--I discovered that all of their flavored syrups contain Splenda. And since artificial sweeteners give me migraines, not to mention, I’ve pretty well weaned myself off of pop. (And my dentist thanks me.) But I could use one to make sparkling water and add a splash of juice. Hmm. Must go to the store and buy sparkling water to see if I like it. This one is still on my maybe list. 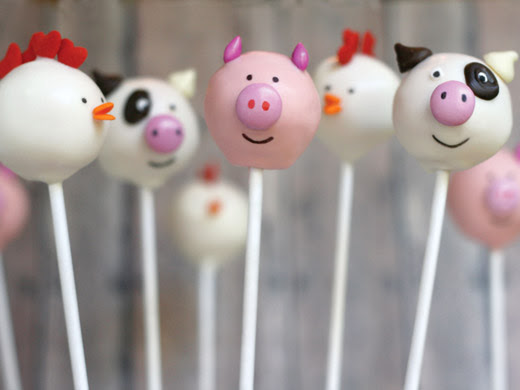 Another cool-to-have gadget that made its debut this year was the cake pop maker. This is a must-have for anyone with a desperate need to make cake in small round pieces that can fit on the end of a stick--which is like everybody. (And yes, I kind of slowed down when walking past these too. Is there a support group?) I can see where these would be a hit with kids, since the pops can be decorated to resemble anything roundish, including faces. And you can get the electric makers, or just the pans you can bake in your own oven. Hmm. (See also whoopie pie baker and doughnut hole baker.)

So this season has been a bit of a bust for me as far as kitchen gadgets go--not one under the tree! Unlike previous years which brought my long-sought pierogi mold (and yes, I use it). Or my homemade blizzard maker (a dud).  Or my rotisserie (I seemed to have set it somewhere and forgotten it.) Or the various attachments to my stand mixer (LOVE.)

Some of my kitchen gadgets save me time and money, and make my life better. Others just take up space and demand a periodic cleaning. They seemed like a good idea at the time, but they drain more than they give. If I were wise, I’d pull out every single gadget and ask, “Is my life better because of you?” (As long as I wasn't committed to a psychiatric facility for talking to my kitchenware.)

More insidious than that are habits and activities and attitudes that clutter my life and my relationship with God. It doesn’t have to be New Year’s Day to resolve to clear away the clutter of things which detracts from my spiritual walk.

Right after I’m done on E-bay.

Questions for discussion: What is the most interesting kitchen gadget you have/seen? Anything taking up space in your cupboards (or life) that has to go?

Barbara Early grew up buried in the snowy suburbs of Buffalo, NY, where she developed a love for all things sedentary: reading, writing, classic movies, and Scrabble. She holds a degree in Electrical Engineering, but her penchant for the creative caused her to run away screaming from the pocket-protector set. Barbara cooks up cozy mysteries with a healthy dose of comedy and sometimes a splash of romance. Her holiday novella, Gold, Frankincense, and Murder was released in e-book format from White Rose Publishing in December 2011. You can learn more about her writing on her personal blog: http://barbearly.blogspot.com/ or see what's for dinner on her recipe blog: http://bflogal.blogspot.com/.
Posted by Barbara Early at January 09, 2012