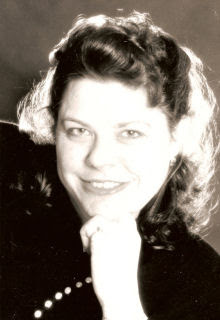 Here at Inkwell, we’re taking the week to celebrate DeAnna’s latest release, The Key in the Attic, a cozy mystery that’s part of the Annie’s Attic series. Since that might leave some readers wondering what a cozy mystery is, here goes…

What makes a cozy a cozy?

First, a cozy is usually a whodunnit. There’s a mystery or puzzle to solve, and the reader is invited to solve it along with the detective, generally an amateur and often a woman. (There are exceptions, like Father Dowling, for instance.) Probably the most relatable examples are Miss Marple, hiding behind her knitting while her keen eyes take in everything. Or Jessica Fletcher, from the 1980s staple Murder She Wrote.

Since the typical reader of cozies is a woman with a little more…experience?...cozy readers are often open to older characters, although cozy detectives abound in all ages, from the Bobbsey Twins to Nancy Drew to chick-litty characters to retirees.

Because this amateur underdog solves the mystery, there must be a reason why the police aren’t doing it. Maybe they’re too busy or misdirected. Sometimes they don’t believe a crime has been committed, like a murder with no body. Perhaps they believe they already arrested the perpetrator. Or maybe they’re just nincompoops, although that instance tends to aggravate the law enforcement community. 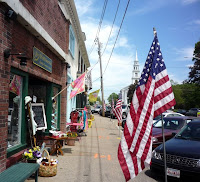 The setting is almost always an idyllic small town or community where everybody knows everybody else. Think Cabot Cove, Maine. Who wouldn’t want to live in such a place and see Jessica Fletcher pedaling past on her bicycle? At least they’re idyllic BEFORE the crime spree. Old main streets abound, with thriving specialty shops, a coffee shop or diner where people meet and mingle, and that overall Rockwellian feeling pervades it all. In established series, the detective may need to travel to other locations sometimes--if only to avoid depleting the entire population of the town in the rising body count.

A crime is committed--usually a murder, but not always. (The Annie’s Attic series is one of those “not always” examples.) Even when there is a murder, cozies have little “on-screen” violence, blood or gore. They’re gentle reads. Serial killers need not apply, and children and animals may safely walk the street.

Little suspense is developed in a cozy. Rather enjoyment is derived from interesting characters, sometimes a long-running potential romance, often a splash of humor, and the challenge of solving the puzzle. But there is generally a final confrontation--often ill-advised--between the detective and the criminal near the end.

In the end, good prevails, peace is restored to the idyllic community, everybody gets to see how smart the detective is, and all the questions are explained. The criminal will be brought to some kind of justice. If there’s a romance, there’s usually a tiny step forward, letting the reader know for certain that there might be a possible romance sometime in the future. Maybe. And you have to read the next book to find out.

Up in her grandmother’s attic, Annie Dawson finds an antique key that is the first clue in a 150-year-old mystery. As she and the ladies of the Hook and Needle Club try to make sense of the clues, they must also figure out how to help Mary Beth when she fears she will lose her beloved needlework shop. Perhaps the key to both problems is in Annie’s hands.