Can you imagine years studying medicine, opening a practice, and having no patients? Well, were it not for the early medical failings of Dr. Arthur Ignatius Conan Doyle, we might not have one of the most inspirational fictional detectives ever. 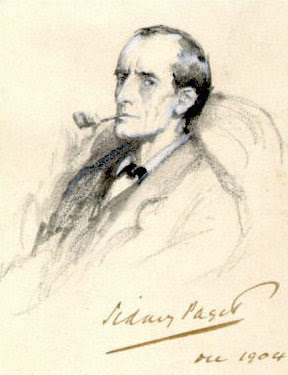 When the Scottish doctor had time on his hands,  he decided to do something profitable with his spare time. He started writing. (Apparently no one warned him that writing isn’t often profitable.) He wrote in a variety of genres--including science fiction--but is best known for  the fifty-six short stories and four novels featuring the genius detective Sherlock Holmes and his sidekick Dr. Watson.

Like many beginning authors, he had difficulty finding a publisher. His first sale, the rights to the novel A Study in Scarlet, netted him just 25 pounds. He found a ready market for his short stories, which appeared regularly in The Strand.

While readers loved the cerebral detective, Conan Doyle wasn’t as impressed, leading the author to kill off his famous protagonist so he could rid himself of the distraction and focus on his more serious historical works. Readers were in an uproar, demanding more Sherlock Holmes, taxing Doyle with the necessity of bringing Holmes back from the dead.

And Sherlock has been alive and well ever since.

Dramatized versions of Sherlock Holmes are not new. In fact, the earliest stage versions were co-written by Doyle himself. IMDB lists 262 motion pictures and television programs that contain a character named Sherlock Holmes , starting in 1900. 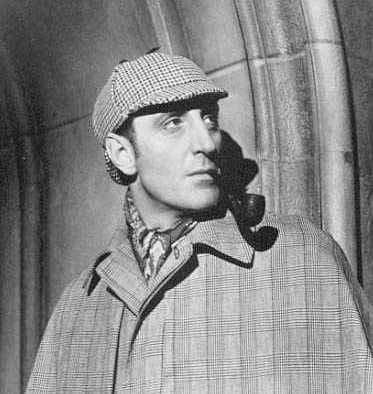 1939 marked the year Basil Rathbone took up pipe and deerstalker. And he wouldn’t put them down until 15 movies later. This was my first introduction to the character of Sherlock Holmes, via television reruns.

Sherlock has repeatedly resurfaced in many languages and depictions, sometimes serious, or as purists would say, true to canon. Sometimes tongue in cheek or fanciful, as Sherlock has made the rounds to Star Trek: The Next Generation, Saturday Night Live, and The Real Ghostbusters.

Most recently have been the steampunk versions portrayed by Robert Downey Jr, and dueling  modern interpretations by the BBC (Sherlock) and CBS (Elementary).

Flying under the radar are movies and television shows loosely based on Sherlock Holmes. Cerebral, disconnected detectives abound, and many trace their roots directly, or indirectly to Sherlock. (Monk, House, Bones)

While screen portrayals continue, Sherlock has also made a return to the printed book. Authors such as Laurie R. King have reincarnated Sherlock, putting new incarnations of the great detective into settings and plots of their own. King teams a semi-retired Sherlock with a 15 year-old American apprentice in her Mary Russell series (arguably more about Mary Russell than Sherlock), but the results are magical. Unless you’re a purist, in which case they’re tragic. At least that’s how the discussion went when my book club read one of her books. I vote for magical.

Author Linda Barnes, in citing The Adventures of Sherlock Holmes as her inspiration in Books to Die For (edited by John Connolly and Declan Burke), said this:

"The detective series conquers fear, and conquers death, with an implicit promise: that the detective will not die. Holmes was, he is, and he will be. He has returned from Reichenbach falls,  come back from the dead, Immortal, he continues to thrive…Other characters may have a story, but Holmes has a life so vivid that he endures forever."

Question: Do you have a favorite Sherlock Holmes? Are you a purist? Or do you enjoy Sherlock in other incarnations?

Barbara Early grew up buried in the snowy suburbs of Buffalo, NY, where she developed a love for all things sedentary: reading, writing, classic movies, and Scrabble. She holds a degree in Electrical Engineering, but her penchant for the creative caused her to run away screaming from the pocket-protector set. Barbara cooks up cozy mysteries with a healthy dose of comedy and sometimes a splash of romance. Her holiday novella, Gold, Frankincense, and Murder was released in e-book format from White Rose Publishing in December 2011. A three-book cozy series from Berkley (Penguin) is slated to be released starting in spring 2014 under the pen name Beverly Allen.You can learn more about her writing at www.barbaraearly.com
Posted by Barbara Early at November 21, 2012