She was born, raised, and continues to live in the heart of North Carolina within walking distance to her kids and their spouses and her nine grandchildren. She shares her home, and heart, with Sam the cocker spaniel.

She is the author of the best-selling true crime book, Unholy Covenant. I recently interviewed her about her new Harbourlight release, The Rising, and about her writing life in general: 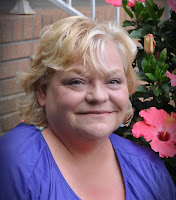 Barb: What books have most influenced your life most?

Lynn: Believe it or not, Treasure Island. As an assigned reading project in the seventh grade, it was the first “real” novel I had ever read. I was totally transfixed. I knew then I wanted to be a writer, or at least a professional reader (laughs)

Do you have a day job as well?

The best ever – I'm blessed to be able to babysit my nine grandkids. It's an exhausting job but the rewards are plenty. My “grands” are my biggest supporters and give me a constant stream of material for my blog.

When did you first consider yourself a writer?

The first time I overheard my daughter tell one of her friends, “My mom's a writer.” Although I had been published, it made it seem real when my children said it out loud.

What would you say is your interesting writing quirk?

I'm so embarrassed to admit it – but – I don't really like coffee anymore. Everyone assumes writing and coffee are joined at the hip. All my writer friends are coffee addicts. Maybe it's just a weird phase I'm going through but I can write without the java.

Is there anything you find particularly challenging in your writing?

The act of writing itself. Getting the thoughts down is a complicated process for me. I struggle with just letting the words flow. Instead, I unfortunately strive to make each sentence perfect in the first draft. I truly admire those who can finish a first draft in three months.

Is there a message in your novel that you want readers to grasp?

God forgives.  And there is so much power in forgiving of others, and ourselves. It's very liberating.

Who was your favorite character and why?

Without a doubt – Jesse. He's one of those characters that just takes control and hijacks the story. He was supposed to be a very minor character.

What project are you working on now?

Nobody's Baby. The first in what I hope becomes the Ava Logan mystery series. It's about a small town newspaper publisher involved in a murder investigation who ends up taking in the victim's small child.

What do you think makes a good story?

Flawed characters. Everyone has flaws and to keep it real, even the “good” characters need a few.

Are there any new authors that have grasped your interest?

Pamela King Cable (Televenge, Southern Fried Women) She writes in a lyrical style where each cluster of words shines with beauty and depth.

If you could trade places with any other person for a week, famous or not famous, living or dead, real or fictional. with whom would it be? 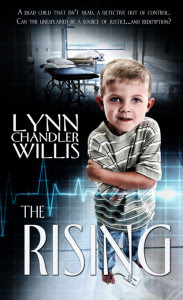 Someone who lives day in and out in the poverty and warfare of a third world country. I think it would be a most humbling experience to witness first hand simple things we all take for granted.

A little boy, beaten and left to die in an alley. A cop with a personal life out of control. When their worlds collide, God intervenes. Detective Ellie Saunders's homicide investigation takes a dramatic turn when a young victim "wakes up" in the morgue. The child has no memory prior to his "rising" except walking with his father along a shiny road. Ellie likes dealing with facts. She'd rather leave all the God-talk to her father, a retired minister, and to her partner, Jesse, a former vice cop with an annoying habit of inserting himself into her life. But will the facts she follows puts Ellie's life in mortal danger? And will she finally allow God into her heart forever?
Posted by Barbara Early at August 05, 2013