A Recap by Barbara Early

It was the brainchild of Lee Lofland--probably born out of frustration over writers getting it wrong--but it’s turned into Club Med for authors wanting to get it right. Writers’ Police Academy is a growing annual event bringing mystery writers (and a few other genres) together with experts in the field to discuss--and sometimes experience--just how it is that the police and related law enforcement agencies work. 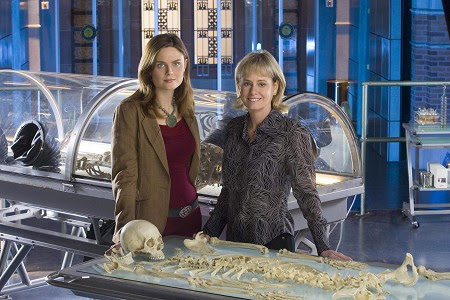 In order to do that, he brings in some serious firepower in the form of experts and demonstrators to a facility that majors in training law enforcement, fire fighters, and EMS personnel. And adds to that some special speakers guaranteed to make the mystery crowd drool. (This year was best-selling author Lisa Gardner, Kathy Reichs--forensic anthropologist and author of the series that inspired Bones, and Dr. Dan Krane, noted biologist and expert in DNA--and who has been called in as an expert witness in numerous high-profile cases.)

We started out Thursday evening. I had won a spot (lucky me!) to tour a local detention facility. Yes, a jail. Leaving the Embassy Suites to see two large Sheriff’s vans and a bunch of police cars waiting to take other lottery winners for ride-alongs, I couldn’t help but pity other guests who just happened to have reservations at the hotel. (Well, Myrtle, I know you had your heart set on the omelets at the Embassy, but I think someone called in a SWAT team. Maybe we should try the Motel 6.)

But the jail tour was interesting. “Hey, there’s some kind of tour group coming through--and a bunch of women. I ain’t seen a woman in two years.” We were able to see everything from the area where prisoners are brought in, to the medical area, to the control room, where cameras scanned the entire facility.

But the next morning, buses lined up to take us to the community college http://www.gtcc.edu/ where our classes were held. Not your typical writers conference classes. While demonstrations by various law enforcement agencies took place in the parking lot, I took my first class called Making a Lasting Impression--and it was NOT about pitching a manuscript. It was about evidence collection, especially in the form of tracks. Take-aways? I learned that police typically collect and process only about 18% of all evidence at a crime scene. Why that number is so low is shocking in some regards, but on the other hand, I was kind of excited, since it leaves another 82% of evidence for my eagle-eyed amateur sleuth to find. And I can’t wait to get home and shine a flashlight at an oblique angle (about 10%) on my living room floor. (Try it.) The class also inspired an idea for the next book, but I’m not giving any of that away!

The next class I went to was called Chiefs and Sheriffs, and basically detailed the difference between the county sheriffs and local police (with the add-on of a little about state police and other agencies). Which doesn’t sounds all that interesting, but it was. Some of the nitty-gritty details are hard to come upon online--such as sheriffs are elected, and therefore more unlikely to want to irk voters by arresting them, at least for minor infractions--I suspect might work their way into my next book that I think is going to take place just outside the boundary (and jurisdiction) of my fictional town.

As a cozy writer, some of the classes offered are unlikely to turn up in my writing. For example, mass shooters, human trafficking, and street prostitution. But nice to know they’re there for those who need them… And I’m hoping that someone I met at the conference will chime in and tell us a little more about her experience in the Underwater Evidence Recovery class. She was excited about being chosen to go into the water.

But the third class I took was on cold cases, and I was looking at one of the instructors thinking “I know her. Where do I know her from?” Probably from TV. Forensic psychologist Katherine Ramsland has racked up her own page on IMDB http://www.imdb.com/name/nm3186302/

And that was only part of the first day. From here I’m going to stop giving a blow-by-blow, otherwise we’re going to be here all day, but I’ll add that…

Saturday started out with a bang. You can read more about that here: http://www.leelofland.com/wordpress/2013-writers-police-academy-was-a-blast-really-it-was/

Kathy Reichs is a hoot. A mystery reading group I attend has gone to lengths debating the merits and pitfalls of her books vs the TV show.  (I happen to like both, although I will say I find them different in tone.) I wondered which one she would appear like in real life--light and humorous like the show, or darker and more serious like the books. The answer is both. Although I’ll win an argument with one of my group members: there is no way she is suffering because some insensitive producer changed her characters. No, on the contrary, from how she went back and forth discussing the books and the show, I think she is having a ball doing both.

Lisa Gardner spent a bit of the keynote discussing how her career developed--encouraging other writers on the journey. No, staring at a blank screen doesn't get any easier. But she was all in favor of brownies. Very inspirational.

I’m all charged up. And completely exhausted and wondering just how you can be both.

And now off to ACFW…

Barbara Early grew up buried in the snowy suburbs of Buffalo, NY, where she developed a love for all things sedentary: reading, writing, classic movies, and Scrabble. She holds a degree in Electrical Engineering, but her penchant for the creative caused her to run away screaming from the pocket-protector set. Barbara cooks up cozy mysteries with a healthy dose of comedy and sometimes a splash of romance. Her holiday novella, Gold, Frankincense, and Murder was released in e-book format from White Rose Publishing in December 2011. Barbara also writes as Beverly Allen, who has a cozy mystery series coming in 2014. You can learn more about her writing at www.barbaraearly.com