Bonnie Doran: Why Do I Write Science Fiction? 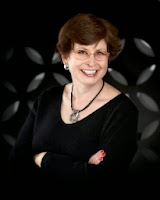 I’ve enjoyed science fiction ever since I discovered Robert Heinlein’s Space Cadet in sixth grade. Okay, I admit it, that was 1963. But how did I end up writing it?

I wrote devotions for decades. Some were for free weekly papers, some for daily devotional magazines, and a few for book compilations. I also wrote a smattering of magazine articles. I never thought I’d write fiction.

Then a workshop leader challenged me to “write what I read.” So I started on a science fiction novel for young adults, similar in tone to Heinlein’s juvenile novels.

Several years later, my critique partners asked why I wasn’t writing adult science fiction. I told them because YA fiction was shorter and it always used only one POV (not true, by the way). But another reason was that I’d read a lot of top-notch, award-winning sci-fi authors. I know I wasn’t up to their level. The challenge frightened me.

But that’s what God told me to write, so I started on what became Dark Biology.

Now, I realize science fiction is an acquired taste. People who enjoy the genre seem to be in the minority. So if you don’t read (or horrors, don’t like) science fiction stories, why should you?

Because a story is a story. It involves characters and a plot. The rest is secondary.

No matter how exotic the setting, you still have human (and sometimes nonhuman) characters with conflicts, triumphs, and tragedies. The author still needs to put those characters into a series of events that result in a satisfying climax.

I have a scientific bent, although I never went further than a few courses in college. I never enjoyed history. I’m more likely to pick up a sci-fi novel than an historical one. I still want characters I care about and a plot that entertains. Good writing trumps genre. 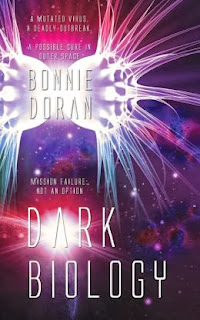 Renowned vaccinologist "Hildi" Hildebrandt has set her sights on beating her brother to a Nobel Prize, and the opportunity to conduct experiments on the International Space Station might just provide the means to obtain that goal. Chet Hildebrandt should have had that opportunity. But now he'll teach a lesson to them all: his hot-shot astronaut sister, his philandering hypocritical father, and the CDC for not properly appreciating his work. One vial of a virus purloined from the CDC labs and released at his father's marriage seminar should do the trick, without hurting anybody. After all, it's only a mild influenza strain...Or is it?


Question: Time to chime in. Do we have any science fiction fans? Any favorite Sci-Fi books, TV shows or films?
Posted by Barbara Early at October 04, 2013