I’m a Facebook junkie. When I have a free moment between tasks during the day, I tend to take a peek to see what everybody is up to. What are they eating, writing, reading? I read over prayer requests, skip over political rants as quickly as I can, and see a lot of pictures of cats. That’s OK. I like cats.

Every now and then, a blog post catches my eye. And when I saw this title:

I had to check it out.

You can too: James Strauss Fake Writing Credits

In case you missed it, James Strauss has been traveling to a lot of exotic locations to speak to aspiring screenwriters. According to his alleged credits, he is a novelist with a handful of best-selling espionage thrillers to his credit, and has also written for several popular TV series. Those credits are impressive. Add to this his reported charm and engaging humor, and he was popular among certain conferences.

Only one problem: he only has one book to his credit, and it was not an espionage thriller, nor was it a bestseller. And his screenwriting credits? Zip.

Part of that is almost funny. Unless you’re a writer.

See, in a way, writing is easy. And it’s something a lot of people want to do. One study said that 80 percent of the US population has decided at one time or another, that they would like to write a book. (Sadly, that’s much higher than the percentage of Americans who actually read a book in any given year.)

But writing something that is publishable, something that will pass muster with agents and editors, is hard. Writing treatments and screenplays that will excite producers, actors, and investors is hard. 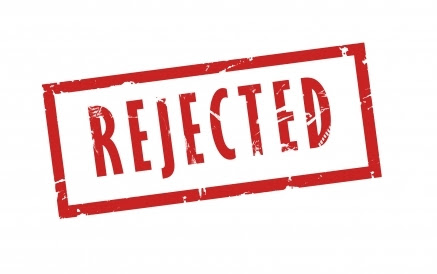 It’s not a matter of stringing your words together and expecting someone else to fall in love with what you have to say.

It’s years of grueling study, learning the craft of writing, then plotting, writing, rewriting, editing, querying, endless rejections, and more rewriting. And then someday, when you really know how to write (but often no longer think you do) and you have just the right story--and it gets to just the right person at just the right time--lightning strikes.

But lots of good writers are out there right on the cusp of publication (and even more who think they are). They’ve worked hard, and they’re so close they can almost taste the ink on that first contract. These are often the writers who travel to conferences, looking for that person who can tell them just the right thing, supply that final missing ingredient that will tip the scales and make them publishable. They’re looking for someone with experience, knowledge, maybe even a little pull. Someone who might mentor them on those final few steps of their journey to publication.

They’ll do almost anything. And that’s why they’re so vulnerable to exploitation.

And that’s what really get’s my dander up. Whatever dander is.

James Strauss is only one of many of such individuals.

Writer, beware. If you are paying money to someone who promises to help you on your writing journey, whether it be conference fees, workshops, writing lessons, book doctoring, or editing services, do your homework. Don’t just take their writing credits on face value. It didn’t take long at all to discover that James Strauss had no screenwriting credits. And in a few hours more, we discovered that he had a criminal record for fraud. Who ever said you had to spend money to learn to write? Wonderful blog posts on various aspects of writing are scattered all about the internet. Need help with point of view? Showing not telling? Writing a query letter? Google it. You can get writing instruction from multi-published, and even bestselling writers, for free. Just check the references to ensure they know what they’re talking about.

Writer’s Digest has published a number of great books on various aspects of the craft of writing.

Conferences can be good places to meet and pitch to agents and editors, but while I do enjoy them, that didn’t work for me. I got my agent on a cold query that cost me nothing to email. Really. It does still happen.

You shouldn’t have to plunk down your life savings in order to break into the business. And since writing doesn’t pay nearly as much as people dream it does, chances are you’ll never recoup it.

Strauss posted an open letter on his website, bemoaning the difficulty of getting published, including this quote: “The competition and monstrous unknown of Internet and electronic publishing keeps any thought of being a traditional author from entering my mind.” (Despite the fact that in other places he claims to have already succeeded in that venue!)

So while, in a rare moment of truthfulness, Strauss admits his failure, he then tries to justify his “mentoring” of other writers with this rambling statement seemingly designed to obfuscate: “I struggle to keep my vision, to pursue the arts when all data points would appear to yield only disappointment and then, when success arises from these seeming ashes, to share the filaments and paths of such success with struggling artists all around me.”

No, Mr. Strauss (and others). Aspiring writers want to learn from those who have succeeded, who have made it, who have conquered the odds, who can assure us that those dreams and aspirations, while not easy or guaranteed, are at least possible.

We don’t want to learn from those whose most-read works of fiction are their bios.

Barbara Early grew up buried in the snowy suburbs of Buffalo, NY, where she developed a love for all things sedentary: reading, writing, classic movies, and Scrabble. She holds a degree in Electrical Engineering, but her penchant for the creative caused her to run away screaming from the pocket-protector set. Barbara cooks up cozy mysteries with a healthy dose of comedy and sometimes a splash of romance. Her holiday novella, Gold, Frankincense, and Murder was released in e-book and audio format from White Rose Publishing. Barbara also writes as Beverly Allen, and her debut cozy mystery novel, Bloom and Doom, was released in April 2014 from Berkley Prime Crime. You can learn more about her writing at www.barbaraearly.com