In the news last week as a sad story about three long-time Sesame Street actors being let go as the transition moved to HBO. I wrote a Facebook comment that took on wings of its own. Here is the original article:

And here is what I’d said:

This makes me sad, not just for the actors removed, but for what it takes out of the show and our society, really, namely three father figures. Lots of kids who watched Sesame Street didn't have fathers. I was one of them.

Sesame Street was my primer on what a father should be, what a man should be. People of different ethnicity got along and worked together and cared about each other. Different ages too. I remember crying when I learned that Mr. Hooper had passed away.

Gordon was the first black man I "met," and Luis was the first Latino--not that I noticed it at the time. They were people, in all shades, but just people. Even though the news was filled with stories of racial discrimination and violence, on Sesame Street, people of all skin tones were just being kind to each other and treating each other with respect.

This is apparently a lesson we still need to teach our children. 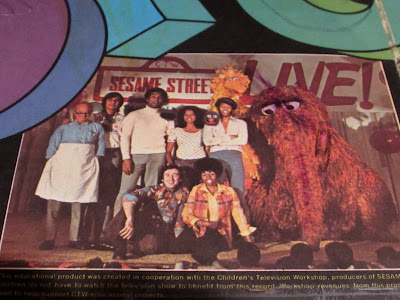 And it got me thinking about writing diversity and the power fiction writers have in making real change in our society. We don’t have to get on a soapbox. And we do not have to write racially charged books. We simply need to write people of all skin shades and ethnic backgrounds, living and working together, like they already do in much of society. After all, despite what we see in the media—and what it must feel like when you’ve been the target of hate—I'd like to think most people aren’t bigots.

Maybe because we learned it on Sesame Street.
Posted by Barbara Early at August 01, 2016