Toying with a new series!

It's never easy starting over.  But being a writer can mean having to redefine yourself, often. It's not a vocation for the fainthearted or for the inflexible.

When I first starting writing the Bridal Bouquet Shop mysteries, I was still basking in the warm glow of my fist big break. True confession here: the working title of the first book was Friends and Anemones. It sounds kind of silly now, but I wanted the next book to have a "B" flower in it, and so on. Yeah, some small part of me was just cocky enough to daydream of becoming the floral Sue Grafton.

By the time the third book was released, the market had completely changed, and my publisher was taken over by another one and they decided they had way too many cozies already in production, and they stopped renewing almost all of their existing series.

Back to square one? Pretty much.

The writing game is a little like Chutes and Ladders. You make your move--you learn your stuff and you write the best book possible--and then you send it out there hoping for the best. Maybe the market likes it, and you get a big advance and go up the ladder. At other times, you find yourself sliding back down to pretty much where you started.


But new beginnings are where the possibilities are.


Death of a Toy Soldier releases October 11th. (But a little bird told me the hardcovers are already shipping from Amazon). 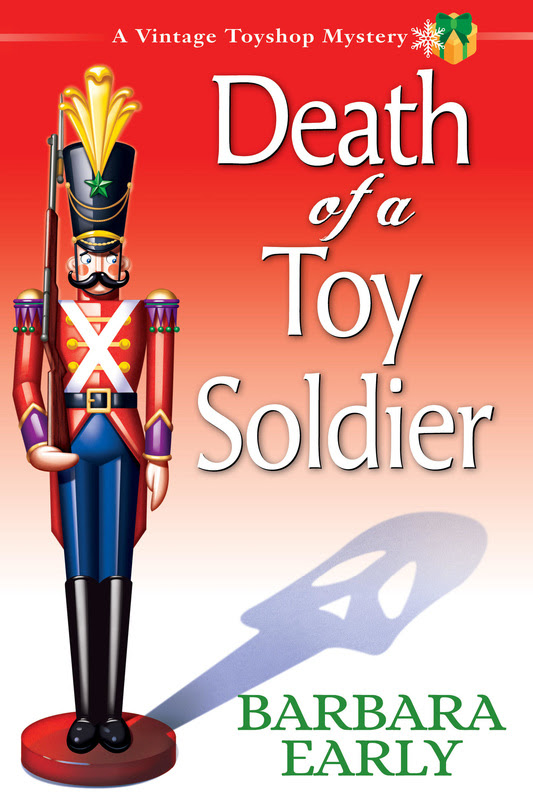 Liz McCall grew up in a playful winter wonderland but it was never her dream to manage her father’s vintage toyshop. However, after he sank his entire police pension into the business, someone needed to help him turn his dreams into reality—and keep him from sneaking off to patrol the not-so-mean streets of East Aurora, NY.


The mood goes from nice to naughty when a nervous man, who was trying to have his antique toys appraised, is found in the shop with a lawn dart through his chest. Suddenly, Liz’s business plan is plunged into deep freeze, while she and her father find themselves toying with a cold-blooded killer who’s playing for keeps.

Now, it looks like Christmas might be cancelled for the neighborhood kids if Liz can't wrap up the case in Barbara Early's delightful debut Death of a Toy Soldier.


And since Liz McCall is a board game junkie, how about a game to celebrate: 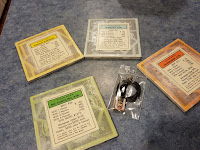 Liz McCall hosts community game night at the vintage toyshop in the book, and one of them is dedicated to Monopoly, so for this game, choose one Monopoly property, including utilities and railroads. (Try to pick one that nobody else has chosen!) On Wednesday morning, I'll choose one Monopoly property at random and the person who picked that property will receive this handcrafted Monopoly coaster set and a Scrabble tile necklace.