ON MY HONOR by Patty Smith Hall, Review by Paula Shreckhise 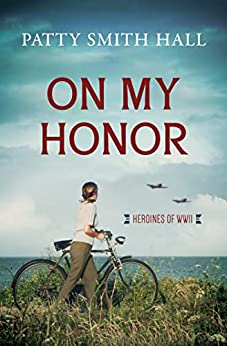 Fine contribution to the series.

Corralling six Girl Scouts was a big job for Ginny. Not to mention her job on a ferry and volunteering at the infirmary. Besides her group of Scouts couldn’t get into much trouble! Ginny was a watcher for the Coast Guard in 1942 along the coast of North Carolina and saw a tanker explode. What a mess on the beach! The girls wanted to help birds that were coated in oil but end up rescuing a passenger from the ship and then the fun begins. Ms. Hall did a great job portraying teen girls as well as the struggles that Ginny had. They were authentic and believable. 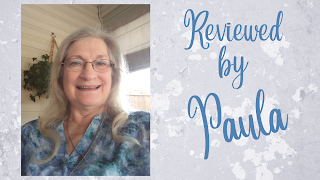 I am enjoying these Heroines of WWII books especially the ones about the home front. We should not forget the past and how we all pulled together and fought for Right.
* I received a complimentary copy of this book from Barbour Review Crew Program. I was not required to post a favorable review. All opinions are my own.*4 stars and a strong faith thread

BackCover Blurb:
A Girl Scout Troop Joins the Battle of the Atlantic

Full of intrigue, adventure, and romance, this new series celebrates the unsung heroes—the heroines of WWII.

Ginny Mathis was finished with nursing school and had no intention of staying rooted in the Outer Banks—then war broke out. With her father away, she feels duty-bound to stay and help her mother and younger sister. While working as a clerk for the Oregon Inlet ferry, naval officers ask Ginny and others to be watchful for German U-boats reportedly spotted in the area. So to help occupy her teenage sister, Ginny enlists the Girl Scout troop she leads to help watch for suspicious activity along the coast.

Timothy Elliott is no stranger to death. As a British reporter working with the M-6, he’s numb to the losses of war after two years of fighting the Germans. Maybe that’s why he volunteered for this mission—to connect with an ex-German naval officer who stole the Furor’s battle plan for the Atlantic war. When the boat giving him passage to New York is bombed near the Cape Hatteras Lighthouse, Tim is thrown from the boat and wakes up in the care of a group of young girls.

Ginny follows her sneaky sister on a clandestine mission and discovers the shipwreck victim. Ginny knows she must take charge, but is this man the enemy, or does he hold secrets that could turn the tide of the Battle of the Atlantic in the allies’ favor?