LINE BY LINE by Jennifer Delamere, Reviewed by Winnie Thomas 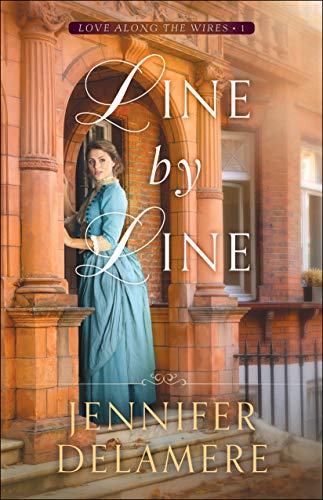 Set in London in 1880, Jennifer Delamere’s newest book, Line by Line, is a fascinating look at telegraphers and the role they played in the evolution of world-wide communications. I enjoy reading historical fiction, because I learn much while I’m reading an entertaining story. The main characters in this story both had experience in telegraphy, so this played a major part in the tale. Alice McNeil is independent, ambitious, and perfectly content in her spinsterhood and her job as a telegrapher. Douglas Shaw, the junior director of the company, is also ambitious and determined to overcome his childhood poverty and rise in society. The two hit it off, but their different aims in life collide a bit and cause some difficulties for them.

With an intriguing glimpse at this slice of history, a bit of intrigue and suspense, and a big dash of romance, Delamere is off to a great start with this first book in her Love Along the Lines series. There’s even some inspiration and character growth thrown in for good measure. I’m looking forward to the other books in the series.
*I voluntarily reviewed a complimentary copy from Bethany House and NetGalley. All opinions are my own. I gave it 4 stars. A light faith message.

See Paula's Review
BackCover Blurb:
Alice McNeil resolved at a young age to travel through life unencumbered by love or marriage, free to make her own decisions. A seasoned telegrapher, she's recently acquired a coveted position at an important trading firm, but when the company's ambitious junior director returns to London, things begin to change in ways Alice could never have imagined.

For Douglas Shaw, years of hard work and ingenuity enabled him to escape a life of grinding poverty. He's also determined to marry into high society--a step that will ensure he never returns to the conditions of his past.

He and Alice form a friendly relationship based on mutual respect, but anything deeper is not in their plans. However, when Alice accidentally raises the ire of a jealous and vindictive coworker who's intent on ruining her life, Alice and Douglas are forced to confront what is truly important in their lives. Will their growing bond give them the courage to risk finding a better way?

MINUTES TO DIE by Susan Sleeman, Reviewed by Trixi and Paula 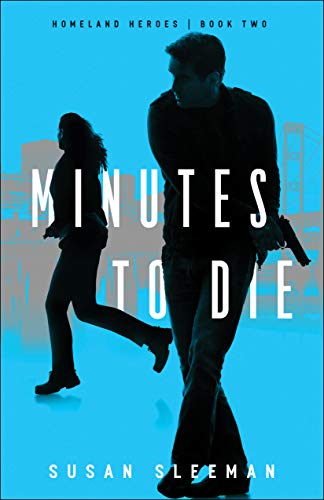 And with that, we're off to another explosive installment to the Homeland Heroes series! Smuggled terrorists, a threat bigger than 9/11, and a race against time is what FBI agent Kiley Dawson and her team face in this fast-paced suspense novel. She also must face ICE agent Evan Bowers, the very man she blamed for the death of her former partner years ago. But when the truth comes out, can she also fight the attraction that's been under the surface? Only time will tell if she can stop both the threat against the country and her heart.

Sleeman has a way with words that makes my heart race when reading her suspense novels. She keeps up the pace with each new development the FBI RED team uncovers, and the list of suspects grows. You never know who's really behind it all until the very end, and even then she still surprised me! That's a good writer to me, one that can keep you guessing throughout the book. I also love the camaraderie between each team member and how they worked well together. It's like they can read each other’s minds and their skills mesh perfectly to get the job done. Kiley made a great leader! I like her ability to stay calm when things got tense and kept a sharp focus in spite of her emotions trying to sway her. It was a struggle for her at times, but that's when the team really came together to help. I also loved the moment she was able to forgive Evan and her misconceptions shattered when the truth about the day her partner was killed came out. It freed her heart to love again, and Evan was SO worth the wait. These two were meant to be, in my mind!

I truly enjoyed “Minutes to Die” ; it's everything I love in a romantic suspense. The pacing was perfect, the romantic angst was balanced with the high octane adrenaline of the suspense, and the conclusion was a surprise to me. It kept me on my toes and reading far into the night. Sleeman is a top suspense writer for me and a highly recommended author for lovers of this genre!
*I received a complimentary copy from Bethany House through Netgalley and was not obligated to leave a favorable review. All opinions are my own. *

PAULA'S REVIEW:A nail biter from page 1! The Pressure is on.

The covers in this series are striking. The silhouettes are very James Bondish and the title, MINUTES TO DIE conveys the urgency of the story.

FBI agent Kiley Dawson and ICE agent Evan Bowers haven’t seen each other since an operation went bad six years ago. They are thrown together when their present cases converge. Ms. Sleeman does a great job of showing the tension in their reunion and how each of them has grown in their faith in the interim. Not only do they have to overcome old hurts, the current situation ramps up when a threat looms towards the anniversary of 9/11, just days from the start of the book.

“Kiley didn’t know if they could even find the target, but God knew, and Kiley closed her eyes to pray for divine intervention in a situation that seemed impossible.”

The plot of a terrorist threat is not new but Ms. Sleeman brings a fresh slant to it when she gives us a look at how things work on an inter-agency task force. : “Everyone in the room knew the clock was ticking down faster than their answers were appearing, and the pressure was nearly unbearable.”

Don’t miss this book if you want to read authentic, up-to-the-minute suspense about law enforcement agencies with realistic characters. This book is very well researched.
*I received a complimentary copy of this book from the publisher on behalf of the author. I was not required to give a favorable review. All opinions are my own.* I give this 5 Stars. It has a clear faith thread but not pushy.

BackCover Blurb:
It's the intel every agent fears--terrorists have been smuggled into the country, intent on unleashing the most deadly attack since 9/11. With the threat imminent, FBI Agent Kiley Dawson and ICE Agent Evan Bowers are charged with taking down this terrorist cell. The only problem is Kiley blames Evan for the death of her former partner, and she can barely be in a room with him. But with millions of lives on the line, she has no choice.

If it wasn't for a bad call Evan made, Kiley's former partner would still be alive, and Evan has to live with that guilt for the rest of his life. When he starts falling for her, the agent's death seems an impossible obstacle--but it's also the last thing he needs to think about. As the terrorist plot targets Kiley's family, the two are pushed to the breaking point in a race to save countless lives.