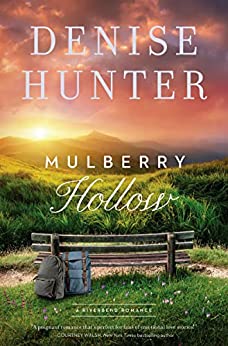 KIM'S REVIEW:
Mulberry Hollow is a sweet romance that I ended up really enjoying. Both Avery and Wes were very likable characters. I loved how they had an immediate connection, which led to friendship, before it led to romance. I also loved how Wes was so honorable when it came to his promise to his best friend. I did wish that he would’ve worked out what that would look like earlier in the story.

I also felt like a decision Avery made didn’t really make a lot of sense, especially considering her profession. But, in the end, I am glad I took a chance on this story because after reading book one, Riverbend Gap, I wasn’t sure I was going to read any more books in this series. There was an issue in that story which I just couldn’t get past. Thank goodness this story had no such issues and I’m glad I took a chance on it! Even though this is book two of this series, it easily reads as a standalone.
*I received a complimentary copy of this book. All opinions are my own. The faith thread is light.

"She took the porch steps and was withdrawing her key from her purse when her foot connected with something solid. The shadowed lump a low, male groan."

The last thing that Dr. Avery Robinson expected to find on the front porch of her local medical clinic was a nearly unconscious man; a very sick man if his fevered, disheveled appearance was any indication of his condition. Barely able to speak and unable to stand on his own, Avery had to practically drag her unexpected patient inside the door. Apparently he had been hiking the nearby Appalachian Trail, based on his rather rip odor and discarded backpack; it seemed her only option was to put him in a bed for the night (in her clinic, of course) and begin to hydrate him as quickly as possible. The rest would have to work itself out on its own.

That stubborn doctor had Wes Garrett over a barrel. He was too sick to leave and had no money to pay her if he stayed. Upon learning that she needed some renovation done rather quickly on the property's carriage house, Wes convinced Avery to let him work off his expenses. After all, he was a licensed contractor and it was the least he could do to repay her kindness. Postponing his completion of the Trail in honor of his friend could wait a couple of weeks, couldn't it? And after that, he would travel on to Albany, New York, complete a deathbed promise, and begin his brand new life.

Neither of them figured a sizzling attraction into the equation.

"I had it all planned out, what I was going to say, and now that you're standing in front of me I can't remember any of it. "

With a heartfelt return to Riverbend Gap, the author brings her readers what they love the most; a sweet romance riddled with obstacles that transform the poorest of circumstances into the richest of blessings.
*I received a copy of this book from the author and publisher. The opinions stated above are entirely my own. 3.5 stars 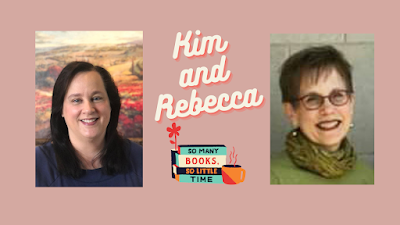 Avery Robinson decided to be a physician after helplessly watching her mother lose a battle with a terrible disease. Now at risk of developing the same illness, Avery guards her heart from love. She’s driven to protect her loved ones as a workaholic doctor in the tiny mountain town of Riverbend Gap, North Carolina.

Contractor Wes Garrett is hiking the Appalachian trail, in memory of the man who died saving his life, when an illness racks his body. After an agonizing fifteen-mile hike to Avery’s clinic, he collapses on her doorstep. He recovers to find himself in debt again, this time to a beautiful doctor.

When he decides to help her renovate a rundown carriage house, the obstacles to their attraction sprout like weeds—starting with the woman waiting for Wes at the end of the trail. Will he be able to relinquish the debt he owes his best friend? And will Avery find the courage to risk everything for love?

The second book in Denise Hunter’s popular Riverbend Romance series explores what it might be like to live fearlessly and free.