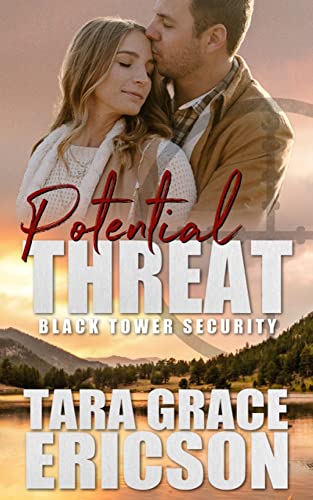 Potential Threat by Tara Grace Ericson is book one in her new romantic suspense series, Black Tower Security. I’m used to reading sweet romances by Ms. Ericson, so I was really looking forward to seeing how she would handle a romance with the added suspense aspect.

I really liked the set up for Ryder and Fiona’s story. Fiona receives a couple of written threats. With no idea why she is being threatened or who is threatening her, Ryder steps in to keep her safe and figure out who the bad guy is and why he is trying to ruin Fiona.

The romance between Fiona and Ryder is very sweet. While there is a bit of witty banter that I enjoyed, I really wanted more. I mean is there ever too much witty banter? I liked the suspense aspect of this story. There was one part that really surprised me as to how it played out. There was also a twist at the end that I didn’t see coming. I enjoyed the cameo appearances by Andi and Ross, the main couple from Dancing with Dandelion, as they were my favorite couple from the Bloom Sisters series. 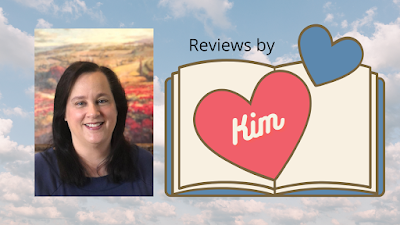 If you’re looking for a sweet romance with some added suspense, this story may be for you. I’m interested to see what happens with the rest of this series.

*I received a complimentary copy of this book. All opinions are my own. This is a clean read.

BackCover Blurb:
Can this bad-boy bodyguard protect America's sweetheart without losing his heart?

Fiona Raven is famous for her homestyle cooking with a hint of Italian flair. Everyone knows her face and has her pre-packaged food in their freezer. So why is she receiving threatening notes? Fiona’s brother insists on sending a bodyguard, news that only gets worse when she realizes it is his friend Ryder - the one man she could never let herself love.

Ryder McClain has played the villain enough times to appreciate being the hero working for Black Tower Security. Along with his new client comes a stern warning from her brother - his boss and best friend - to keep his hands off. It doesn’t matter anyway, Fiona is the perfect woman, and exactly the kind he doesn’t deserve.

Ryder will do whatever it takes to protect Fiona. Threatening notes turn into suspicious break-ins and destructive corporate espionage, and this bodyguard assignment gets even more serious. Can Ryder get to the bottom of the threat before his heart gets too involved?