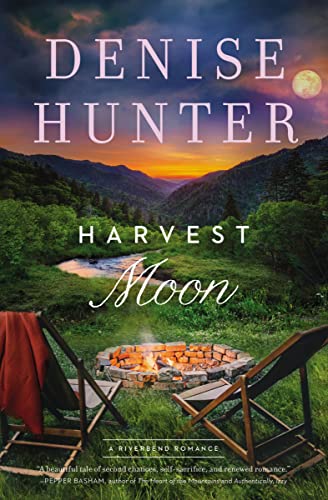 Harvest Moon is the third story in the Riverbend series. This story focuses on Laurel and Gavin, who are divorced, but end up having to work closely together when an unexpected tragedy leaves them as guardians to their best friends’ young daughter. I try to never give away spoilers in my reviews, but I don’t think I can write a decent review that explains why I struggled with this story and why my rating is so low without the addition of spoilers. The bottom line is that this story was not the story for me. It was too heavy and depressing and the end was not enough to lift that feeling. I also think this couple would not stay married if they were real. If inclined, please read on for my reasons why, but know there are many spoilers ahead. 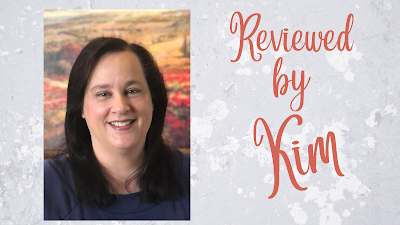 I’ve read both Riverbend Gap and Mulberry Hollow, so I was looking forward to Gavin’s story. I was curious as to why Laurel and Gavin divorced after their young son died and how their eventual reunion would play out.

From the beginning of this story, I struggled with liking Laurel. Even when she was reminiscing about how she and Gavin fell in love in high school, I struggled to like her. I actually wondered why Gavin was even attracted to her prickly personality. As the story progressed so did my dislike for her. She was all about herself. She broke up with Gavin in college because she assumed he was going to break up with her so she did it to get it over with. Later on in the story, we learn that she gave up on their marriage because she was sure Gavin was going to leave her, so she left first. So in essence, she learned nothing from their first break up!

Gavin was the one who gave up everything for Laurel and when he finally proposed after 9 years of dating, he waited because of her not himself, well, after reading her reaction, it was everything I could do to not close the book and be done. I kept reading thinking things would lighten up and that Laurel would be nicer to Gavin, but honestly, in my opinion, that never happened. So when they professed their love for each other at the end of the story, I just didn’t buy it. I didn’t buy that she loved him and as for Gavin loving her, I couldn’t figure out why. In the end, I really struggled with so many aspects of this story. Harvest Moon was just not the story for me.

*I received a complimentary copy of this book. All opinions are my own. The faith thread is minimal. 2 stars because of Gavin.

BackCover Blurb:
She thought he was arrogant. He thought her walls would never come down. Then they fell in love.

Forever walking the line between passion and conflict, Laurel and Gavin’s relationship ended in divorce after years of miscommunication and unmet expectations. Now pursuing their own separate lives and careers, the two are content . . . though not completely happy.

When their best friends, Mike and Mallory, are killed in a plane crash, Laurel and Gavin are stunned to learn they’ve been named guardians of their friends’ young daughter, Emma. Putting their differences aside, the estranged couple search for a suitable guardian as they care for Emma and manage Mike and Mallory’s apple orchard.

Soon tempers flare—as does the passion they both remember so well. And Laurel and Gavin find themselves working through their past—their mistakes, their miscommunications, and ultimately the tragedy that ended their marriage.

Will the seeds of love, still growing inside them, thrive and flourish? Or will grief and regret strangle the feelings before they can fully blossom?