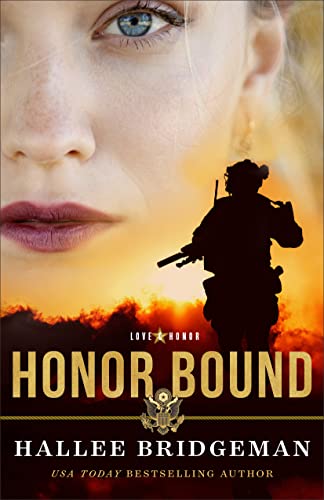 KIM'S REVIEW:
Honor Bound is my first story by Hallee Bridgeman, but it most certainly won’t be my last! I loved this story. It was full of well paced, believable action, romance, and wonderful characters. I was on the edge of my seat almost the entire time I was reading it. The faith thread was natural and an important part of the characters lives.

I absolutely loved Rick! He was pretty much perfection! I loved his team and their banter, camaraderie, and the handles they gave each other. I did like Cynthia, but if you’ve read any of my reviews in the past, you might know that I do not like main female characters who are snarky - at all. Cynthia, in my opinion, could come across as quite abrupt, but, somehow, Ms. Bridgeman was able to keep me liking her. I think it was because of Rick and his matter of fact way of dealing with her, and her occasional abrasive comment, and the fact that she would admit it when she was wrong. My only minor complaint was that the last 30 or so percent almost felt like a different story. It focused solely on the romance between Rick and Cynthia and I was wanting and expecting more action.

I’m so glad I took a chance on this new to me author. Honor Bound was interesting and well written. I’m excited that books 2 and 3 in this series are coming out in October and November!
*I received a complimentary copy of this book. All opinions are my own. The faith thread is medium. 4.5 stars. 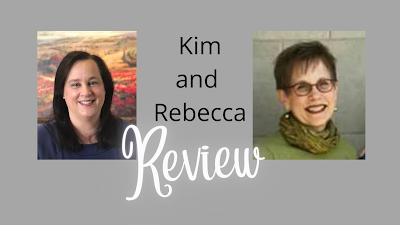 REBECCA' S REVIEW:
"You'd think I would have the freedom to go where I want to go in the world. "

"Ma'am, I don't kowtow. But I did raise my hand and swear an oath to protect and defend. Now that your cover is blown, so to speak, this is the protect part."

Well, when he put it that way, medical missionary Dr. Cynthia Myers knew that Army Ranger Captain Rick Norton had every intention of extracting her from the African village that had become more like home to her than her upscale Washington, D. C. lifestyle. Of course, a warlord's son had died in her arms, the Captain's team had two injured members who needed her attention, and it was only a matter of time before enemy soldiers descended upon the isolated village bent on death and destruction; especially now that they knew her father was the vice-president of the United States. Even so, what was it about Captain Norton that made her want to argue with the man all the time?

If Cynthia thought her curious relationship with the handsome soldier was complicated before they left a jungle war zone, it certainly didn't get any easier to navigate going forward. Fortunately, they shared a faith in God, but their perspectives on war and peace were fundamentally different. Or were their views simply two sides of the same coin? Love is a powerful emotion and this couple's story has strength popping off just about every page.

As if I didn't already have a high respect for the men and women of our military, this book not only elevated my admiration, but also sharpened my perspective about so many everyday challenges. The tactical elements were fascinating, and the emotional elements had me holding my breath in several places, and then there were the scenes that granted a smile . . . like "Rick, promise me something . . . Never admit to my father's event coordinator that we ate this (a chocolate tart with a cream and raspberry topping) directly out of the box while drinking hotel coffee out of paper cups".

Highly recommended for fans of romantic suspense with strong military elements!
*I received a copy of this book from the Baker Publishing Group through Interviews and Reviews. The opinions stated above are entirely my own.

It may seem odd to seek peace by moving to a war-torn African country, but for medical missionary Dr. Cynthia Myers, it provided a way to escape a shallow life of unearned wealth, a philandering fiancé, and a father now square in the public eye as vice president of the United States. At least here she knows her work and life have meaning. But all that is thrown into chaos when she fails to save the life of a local warlord's mortally wounded son.

As part of the Army Special Forces "A-Team" on a mission to capture and subdue the warlord, Captain Rick Norton is compelled to use deadly force to save Cynthia's life. Enraged at the violence she witnessed and riddled with guilt that men died because of her, Cynthia tries to hold on to her anger--but an unwanted attraction is taking hold.

With two members of his team badly injured and rebels in hot pursuit, Rick will have to draw upon all his strength and cunning to get her out alive . . . because he's beginning to think they just might overcome their differences and be able to make a life together.