Hi Everyone, today I would like to officially introduce you to my Valiant Hearts Series. Book 1, Dauntless, is now available. Find it at amazon, barnesandnoble, cbd, or your local bookstore.

From Bethany House Publishers
Katniss Everdeen and Tris Prior, prepare to meet your historical counterparts!

What is a Valiant Heart heroine? A young woman who is both feminine and strong, vulnerable and tough, gentle and passionate. She is fearless, intelligent, and full of life. A heroine who contains within her both the tender beauty of a blossoming flower and the fierceness of a lioness. One who uniquely reflects her creator God and is willing to pursue her dreams with all her heart. A woman who is open to love, but not defined by a man.

My prayer for my readers is that you will be strong and courageous. Follow the path God has laid before you, wherever that might lead. Be a doctor, a lawyer, a professional athlete, a wife, a mother, or even a president. Chase after your dreams, and if a handsome knight in shining armor should happen to come alongside you, headed in the same direction, and you should happen to fall in love…then join together and become partners in your quest. But please remember this—you are complete, you are beautiful, and you are dearly loved by God just the way you are. 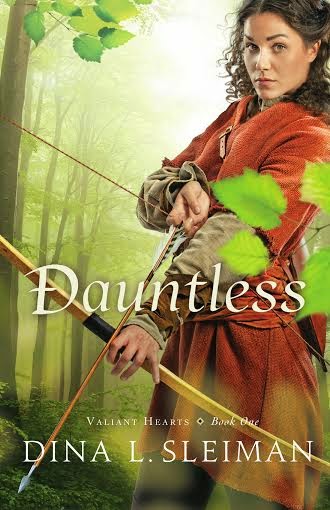 Each book in the Valiant Hearts Series will feature a strong, young medieval woman in a traditionally male role as she lives out a story of adventure, romance, and faith. The series is geared toward teens, but will appeal to adults as well. If you love Katniss Everdeen and Tris Prior, prepare to meet their historical counterparts. Shown above is Merry Ellison, my heroine for the Robin Hood inspired Dauntless.

Where Legend and History Collide, One Young Woman Will Fight for the Innocent.

Born a baron's daughter, Lady Merry Ellison is now an enemy of the throne after her father's failed assassination attempt upon the king. Bold and uniquely skilled, she is willing to go to any lengths to protect the orphaned children of her former village--a group that becomes known as "The Ghosts of Farthingale Forest." Merry finds her charge more difficult as their growing notoriety brings increasing trouble their way.

Timothy Grey, ninth child of the Baron of Greyham, longs to perform some feat so legendary that he will rise from obscurity and earn a title of his own. When the Ghosts of Farthingale Forest are spotted in Wyndeshire, where he serves as assistant to the local earl, he might have found his chance. But when he comes face-to-face with the leader of the thieves, he's forced to reexamine everything he's known. 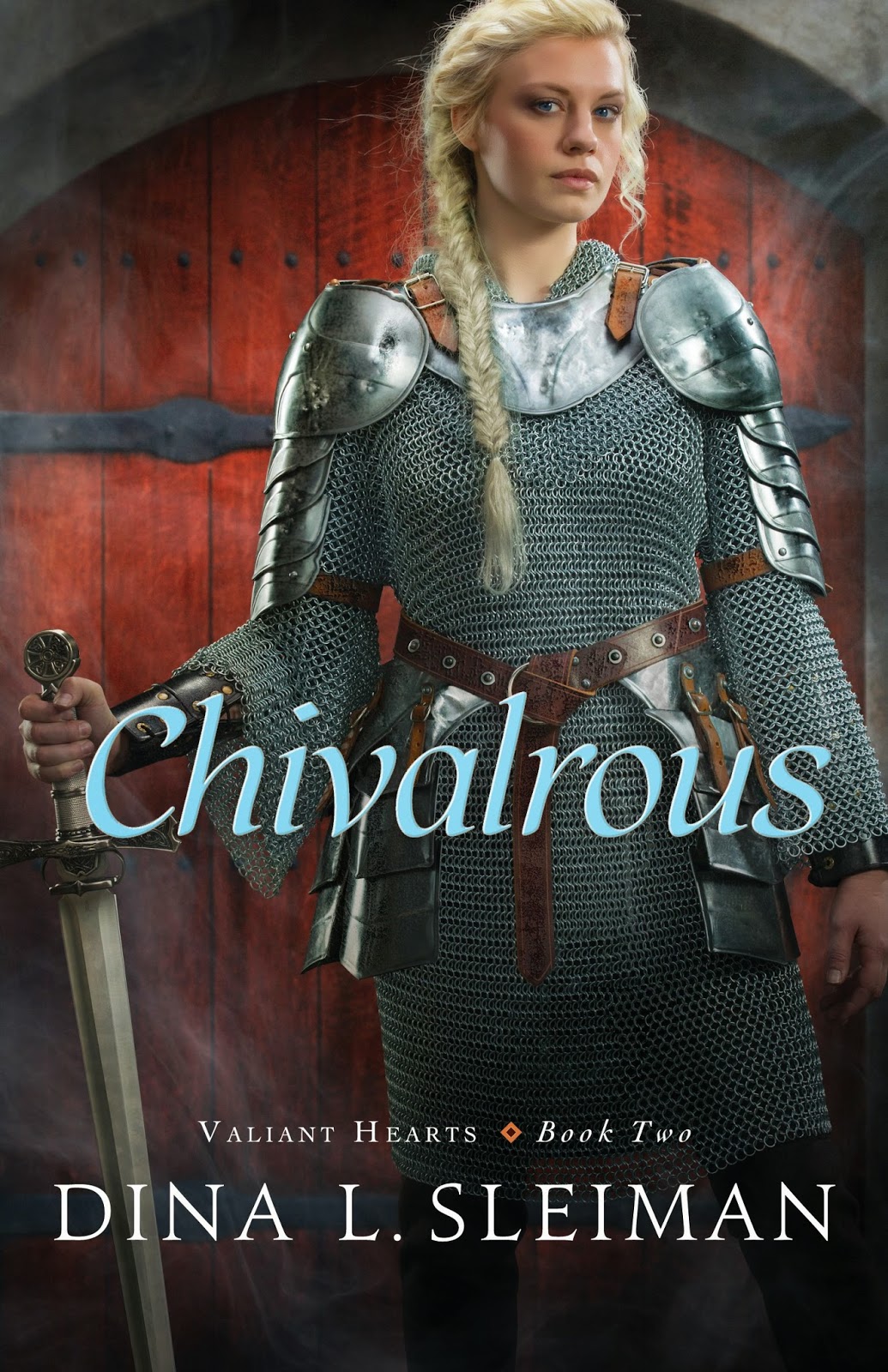 In book 2, Chivalrous, strong and adventurous Gwendolyn Barnes longs to be a knight like her chivalrous brothers. However, that is not an option for her, not even in the Arthurian-inspired Eden where she dwells. Her parents view her only as a marriage pawn, and her domineering father is determined to see her wed to a brutish man who will break her spirit.

When handsome, good-hearted Allen of Ellsworth arrives in Edendale searching for his place in the world, Gwendolyn spies in him the sort of fellow she could imagine marrying. Yet fate seems determined to keep them apart. Tournaments, intrigue, and battles--along with twists and turns aplenty--await these two as they struggle to find love, identity, and their true destinies. 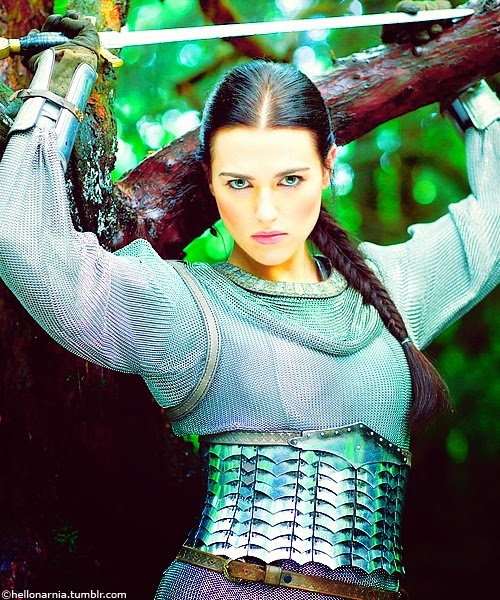 My heroine Rosalind for book 3 (working title Relentless) has a role in book 2 as well. I'm picturing Katie McGrath from the series Merlin. She serves as Gwendolyn's handmaid in book 2, but in book 3 she will face her own adventure as she goes on crusade in search of redemption.

I hope you'll check out my Valiant Hearts series, or maybe send a copy of Dauntless to a special young woman in your life!