It's the middle of November and we've been enjoying gorgeous weather up here in Saskatchewan. For whatever the reason, I seem to have been in the the right place to catch livestock movement in the past few weeks.

The last week of Oct started off with a nice encounter with a mini-horse. We stopped off at a friend's farm to drop something off on our way to Regina and found the driveway blocked by a closed gate because their mini horse was running loose in the yard. Nelson walked up to the house while I took photos from our car. And yes, we made sure the gate was closed when we drove away.

A couple days later we were on our way to the Circle Square Ranch to drop our son off for work and we found these cows standing on the side of the road. They're nice cows and all, but they should have been on the OTHER side of the fence.

The next day, I looked out my kitchen window and saw a bay pony trotting down the road heading south. All alone, it kept its head down and speed even as if it was on a mission. I didn't recognize it, so put out a notice on the local Facebook page. Soon after, I was relieved to see a truck heading down the road after it.


On November 7th, we were on our way to Regina when we had to stop for a cattle drive. It was quite unique as the cattle came down a dirt road from the north, crossed the highway, and continued travelling south. On either side of the crossing sat a truck and cattle trailer with the drovers and quads on standby if needed.

Finally, here's a video I took on Sunday about cowboys checking for strays during the fall round up.


If you can't see the video, please let me know. I unlisted it on my YouTube channel because it came out so blurry... when I watch it full screen on my computer, I can see the cowboy's mustache. But when it uploads on YouTube, I can barely see his face. Frustrating.

And wouldn't you know it...the forecast is for a deep drop in temperatures over the next few days, high winds, and the possibility of driving snow. I would groan about it, but since I can't complain about the weather we had in October, nor November thus far, I'll just recharge my camera batteries, stock our fridge, and wait for whatever comes. I mean, we want a white Christmas after all, and we need the cold weather and clouds for that.

Now, how about you... any cattle drives or loose livestock running around where you live? 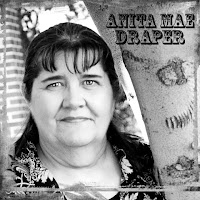 Anita Mae Draper's stories are written under the western skies where she lives on the prairie of southeast Saskatchewan with her hubby of 30 plus years and the youngest of their four kids. Anita's short story, Here We Come A-Wassailing, published in A Cup of Christmas Cheer, Volume 4, Heartwarming Tales of Christmas Present, Guideposts Books, October 2014, was a finalist for the Word Guild's 2015 Word Awards. Her first novella, Romantic Refinements, will be released January 2015 in Austen in Austin Volume 1, WhiteFire Publishing. Anita is represented by Mary Keeley of Books & Such Literary Management. You can find Anita Mae at  www.anitamaedraper.com