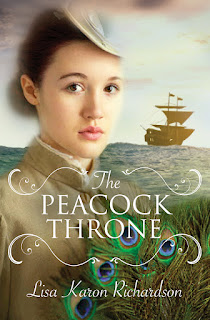 Today has been a very long time in coming. Namely, this is the day that The Peacock Throne release in the United States. Squee!

What you may ask is the fuss with this Peacock Throne? Well, to begin with, the Peacock Throne of the Mughal Emperor Shah Jahan is the most valuable single treasure made in the last millennia. Fashioned from 1150 kg of gold and 230 kg of precious stones, in 2015 the throne would be valued at $1,143,000,000. You read that right. If it still existed as it was created, it would be worth more than one billion, one hundred million dollars. It’s mind boggling when one actually tries to comprehend that. In fact when it was created, it cost twice as much as it took to construct the Taj Mahal which was commissioned by the same emperor.

Far more importantly, The Peacock Throne was the first novel I ever wrote and its time has finally come! And we are celebrating! I’m giving away three copies of The Peacock Throne this week so make sure to leave a comment with your e-mail.

In the meantime, we’re partying here at the Inkwell. We’re starting with a full English breakfast including rashers of bacon, sausages, eggs, toast and we even have the beans. And we’ve added a few other touches for those carb lovers out there. (Me! Me!) These include scones and buttery, flaky croissant. Mm. This is buffest style, there was no persuading Marcus that he ought to be waiting on our guests. Simply not done even by the youngest son of a Marquess. Anthony, might not have stood on ceremony, but as an Earl, we could hardly ask him to act as wait staff and not Marcus. Luckily, Lydia offered the solution of the buffet. I kind of got the feeling that she has grown used to problem solving with those two around. 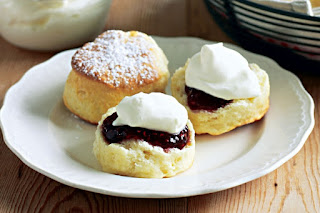 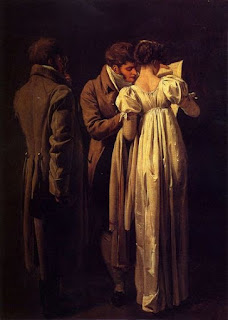 When Miss Lydia Garrett's guardian is murdered, and the authorities refuse to investigate the odd circumstances, she vows to catch the culprit. The same night the Earl of Danbury is murdered in his bed. Against all odds it appears that the murders are related―and Anthony Douglas, the new Lord Danbury, is bent on revenge.

The clues point to the former earl’s first naval command. In 1758 the earl spirited away and hid the magnificent Peacock Throne at the behest of the Indian royal family. To draw out the murderer, Anthony and Lydia agree that they must locate the throne.
They are not the only ones interested in the Peacock Throne, however. Marcus Wiltshire, a British intelligence, has received hints that Bonaparte intends to return the throne to India and leverage its mystical significance to foment rebellion and cut England off from her most important trading partner.

When the amateur sleuths join forces with the professional agent, the quest for the throne leads them around the globe on an adventure steeped in danger, treachery, and romance.

Don't forget to add a comment with your e-mail addy (make it internet safe) so that I can get you entered in the drawing! I'll be pulling names on Sunday!