New Boxed Set from Forget Me Not Romances ARIZONA 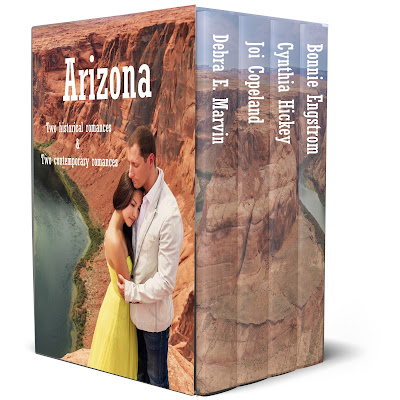 The ARIZONA boxed set contains two historical and two contemporary novellas from the Forget Me Not authors.   just 99cents or free on Kindle Unlimited

WHY NOT by Debra E. Marvin
Love Puts These Two On the Edge!
Grand Canyon, 1914

Society girl Amber Wynott’s wintry escape to the Grand Canyon provides a chance to pursue her dream and prove she has what it takes to be a successful architect. It doesn’t take long to realize the incredible scenery can’t hide the simmering anger between ‘railroad money’ and the struggling locals.

Which side is master builder Stone Morrison on?

Amber has met her match in the handsome, hard-headed man. He’s been directed to keep an eye on her, but when iron meets iron—oh the sparks! As their unlikely old matchmaker tells them, pride goes before a fall, and this is a bad place to fall. Will danger finally knock some sense into the pair?

BROKEN TOGETHER  by Joi Copeland
Hope drives her back home to Flagstaff, Arizona, until Zoey learns the truth.

His peaceful world shaken, Gawain battles with letting go of the pain that once held him captive.

Will they find healing or will they remain, Broken Together?

Zoey Fuller and Cadan Moss were friends in secret during high school in Flagstaff, Arizona. Too ashamed to admit her friendship with the heavy-set boy, she’d meet him at a coffee shop outside of town where no one would see them. She couldn't risk her reputation by letting any of her cool friends know about her relationship with the heavy-set outsider. Seven years later, she returns to Flagstaff, a new creation in Christ, hoping to make amends with her long-lost friend.

Gawain Moss lost his twin and best friend seven years ago. The tragedy shaking him to the very core, Gawain battles with forgiving the woman who, he believes, took his brother away from him. Finally at peace, he teaches at the same school his brother once attended. And then one day, he runs into Zoey, and his world is turned upside down.

DESERT ROSE by Cynthia Hickey
Nothing matters but keeping her land.

Rose Willingham, oldest sister of four, is level-headed and strong. When her uncle dies, leaving a ranch in Arizona to her and her sisters, she has full confidence they can make the ranch into something to be proud of. What she didn't count on was a snake named Logan Pritchard or a handsome neighbor named Zeke McCammon to both have their eyes on Rose and her land.

One wants Rose along with her land and the other will do anything to possess one or the other.

This is the continuing story of four volumes with each volume continuing where the one before ends, and in the point of view of another sister.

HER CULINARY CATCH by Bonnie Engstrom

Marci had learned to cope with her deformed leg. As the curator of The Bridal Museum, she felt almost fulfilled … until the new chef arrived to oversee the Café Wedd. But, Conrad Thorstrom was beneath her educationally. His minor accomplishments and associate degree didn’t match up to her MBA. How could she be attracted to him?

Besides, she was a gimp, and he was a tall, handsome Swede who dubbed her his Wild Irish Rose. If she was above him intellectually, he far surpassed her in the looks department. 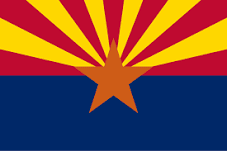 AND... Forget Me Not Romances offers a monthly newsletter. Sign up and you'll learn more about our authors and our new releases!
Posted by Debra E. Marvin at May 22, 2017