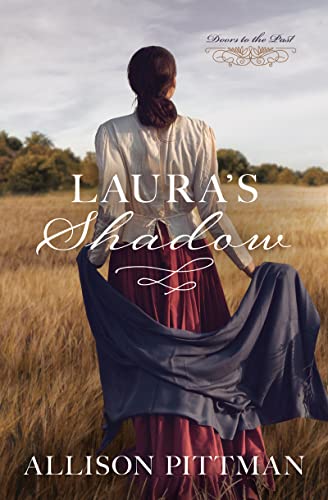 Ms. Pittman cleverly chose characters from a Laura Ingalls Wilder book to base this story on. She gave a different perspective on the story and life in S. Dakota in 1891. What I was uncomfortable with was the depiction of loose morals by more than one character and I thought the bedroom scene could have stopped a little shorter. That said, those circumstances were the basis for the rest of the story.

I enjoyed the modern timeline with the use of humor between the generations of women. Trixie, with her cat, House, who came with her apartment, was a breath of fresh air. The comic strip that she wrote was cute and reminiscent of Laura Ingalls. Modern day hero Ron: “was unmissable, a burly, giant of a man who looked like he would be a safe bet in an ax-throwing competition and a nightmare in a bar fight but was actually a kind and gentle spirit stretched over six feet and encased in 250 pounds.” He was perfect for Trixie.

The author has a way with descriptive prose: “I opened my eyes to a violet sky, the color that comes when there is not a trace of sunlight left but darkness has not yet settled its blanket.”

This was not my favorite book by this author but I am enjoying this series of Doors to the Past.
* I received a complimentary copy of this book from Barbour as part of their Review Crew. I was not required to give a favorable review. All opinions are my own.”

BackCover Blurb:
Family Secrets Spill One Conversation at a Time

De Smet, South Dakota—1890
Young women growing up in DeSmet live by two rules: don’t go out in a snowstorm and don’t give your heart to Cap Garland. Young Mariah Patterson only managed to obey one. Orphaned and having devoted her youth to scrapping out a life with her brother Charles, Mariah finds herself with no interesting suitors or means of support. Throwing caution to the wind, she seizes an opportunity to lay her feelings at Cap’s feet, even though she knows Cap sees the world through the torch he carries for Laura Ingalls. Mariah is certain her love for Cap will be strong enough to break both bonds, and she’s willing to risk everything to prove it.

De Smet, South Dakota—1974
Trixie Gowan is the fourth generation of living Gowan women residing in the sprawling farmhouse on the outskirts of De Smet. Well, former resident. She’s recently moved to Minneapolis, where she writes ads for a neighborhood paper edited by Ron Tumble. She might live and work in the city, but her co-workers still call her Prairie Girl. Thus the inspiration for her comic strip—“Lost Laura”—in which a bespectacled girl in a calico dress tries to make her way in the city. The name is a quiet rebellion having grown up in a household where she’d been forbidden to mention the name, Laura Ingalls. But when her great-grandmother Mariah’s declining health brings Trixie home for a visit, two things might just keep her there: the bedside manner of Dr. Campbell Carter and the family secret that seems to be spilling from GG’s lips one conversation at a time.

Don’t miss other great books in the Doors to the Past series:
The Lady in Residence by Allison Pittman
Hope Between the Pages by Pepper Basham
Bridge of Gold by Kimberley Woodhouse
Undercurrent of Secrets by Rachel Scott McDaniel
Behind Love's Wall by Carrie Fancett Pagels
High-Wire Heartbreak by Anna Schmidt
Love's Fortress by Jennifer Uhlarik
A Promise Engraved by Liz Tolsma
Laura's Shadow by Allison Pittman
Passages of Hope by Terri Haynes
In Spotlight and Shadow by Rachel Scott McDaniel
The Keys to Gramercy Park by Candice Sue Patterson