OUT OF THE NIGHT by Susan May Warren, Reviewed by Nicole Cook #ReleaseDay 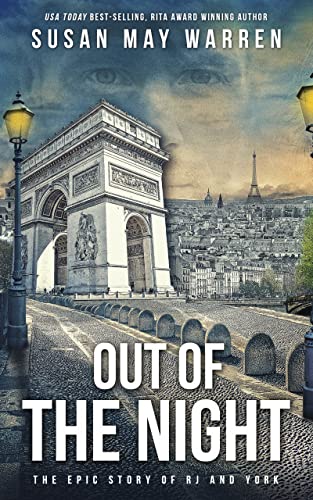 For fans of Susan May Warren’s Montana Marshalls series…here is the series you have been waiting for!  If you are like me and weren’t ready to say goodbye to the Marshalls while still having some unanswered questions, get ready for her new series, The Epic Story of RJ and York.  This series continues to feature the intrigue, non-stop danger, and romance that Susan May Warren’s readers love.

While new readers could start with this series, The Epic Story of RJ and York was written for fans of the Montana Marshalls.  For maximum enjoyment of the series, it would be beneficial to have read the Montana Marshalls series and possibly the Global Search and Rescue series first.

Out of the Night, the first installment in The Epic Story of RJ and York, begins with York and RJ in Paris and him ready to propose.  Of course, in typical York and RJ fashion, danger finds them instead!  Out of the Night ends with a cliffhanger that has readers eagerly waiting for the next book in the series. Luckily, they don’t have to wait long, with all three books releasing this August! 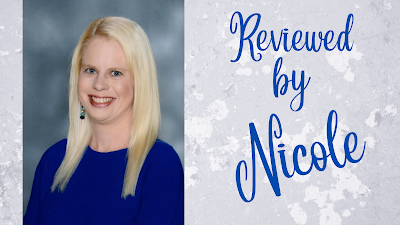 Out of the Night is highly recommended for readers of action-filled romantic suspense.  You won’t want to miss this series!  Now I just hope that Winchester Marshall can get his own story told in the future!

*I received a complimentary copy of this book from the author/publisher and was not required to write a positive review. All opinions expressed are mine.


He’s not looking for trouble…

All former spy and current national security agent York Newgate wants is to propose to the woman he loves, RJ Marshall. Then they can move to Shelly, Washington, and start the calm, safe life he’s been dreaming of for over a year.

Or maybe RJ simply attracts trouble because she’s just going out for coffee when she spots a wanted, known terrorist standing in the middle of a street in Paris. At least she thinks it’s international criminal Alan Martin, the mastermind behind a plot to kill the president.

But he’s in jail, right?

Wrong. Martin has escaped, and it’s up to RJ—and York—to keep him in their sights until he can be apprehended. But chasing down Martin means following him into the darkness of whatever plot he’s cooked up now.

Will he ever outrun trouble to find his happy ending?

So much for York’s epic proposal. Now, he just wants to escape Europe with their lives.

The romantic trilogy ignites in book one of the Epic Story of RJ and York!

Continue the adventure!
Book 1: Out of the Night
Book 2: I Will Find You
Book 3: No Matter the Cost 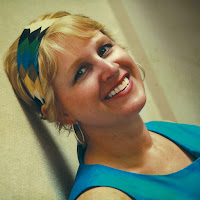 
Susan May Warren is the USA Today bestselling author of nearly 90 novels with more than 1.5 million books sold, including the Global Search and Rescue and the Montana Rescue series, as well as Sunrise and Sunburst. Winner of a RITA Award and multiple Christy and Carol Awards, as well as the HOLT Medallion and numerous Readers' Choice Awards, Susan makes her home in Minnesota. Find her online at www.susanmaywarren.com, on Facebook @SusanMayWarrenFiction, and on Twitter @SusanMayWarren

Available in digital ebook or paperback at Amazon