The Hobbit: The Battle of the Five Armies - The First Trailer At Last

Yes, I happily admit it. I'm a fan of fantasy (if it's well done). I love The Chronicles of Narnia, The Lord of the Rings and The Hobbit. And I very much enjoy the movies made of them (again, if they're well done).

I think Peter Jackson's visions of MIddle Earth are genuine classics, and I'm so much looking forward to the final part of his Hobbit trilogy: The Battle of the Five Armies

The trailer for this movie, scheduled to premier on December 17, 2014, has been delayed for various reasons, but at last a preview trailer has been released. I'm sure it will be expanded on before the movie premiers, but here's a tantalizing snippet:

I hope, somehow, Peter Jackson will continue this amazing tradition. With what source material? That is the question.

So what do you think? Are you a fan of Middle Earth? Are you eager for, dreading or indifferent to this movie release? 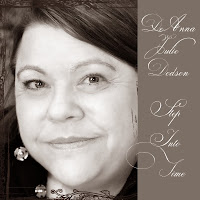 DeAnna Julie Dodson has always been an avid reader and a lover of storytelling, whether on the page, the screen or the stage. This, along with her keen interest in history and her Christian faith, shows in her tales of love, forgiveness and triumph over adversity. She is the author of In Honor Bound, By Love Redeemed and To Grace Surrendered, a trilogy of medieval romances, as well as Letters in the Attic, The Key in the Attic, The Diary in the Attic and The Legacy in the Attic, contemporary mysteries. Her new series of Drew Farthering Mysteries debuted in the Summer of 2013 with Rules of Murder, followed by Death by the Book and Murder at the Mikado in 2014 from Bethany House. A fifth-generation Texan, she makes her home north of Dallas with two spoiled cats.
Posted by DeAnna Julie Dodson at July 30, 2014

Email ThisBlogThis!Share to TwitterShare to FacebookShare to Pinterest
Labels: Coming Soon, DeAnna Julie Dodson, The Hobbit The Battle of the Five Armies