By Lisa Karon Richardson
With a consummate eye for composition, tone, and mood, Vivian Maier captured mid-century urban America as no one else. One of the most talented photographers of the 20th century she was nevertheless a complete unknown until the time of her death. It wasn’t until a storage unit she had rented was auctioned for non-payment that the world was introduced to her genius. Luckily an amateur historian, John Maloof, bought thousands of her undeveloped negatives for $380. 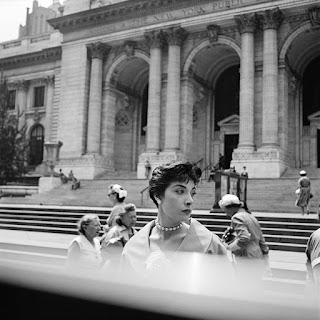 When he began looking through them he knew he had found a treasure. He then went on a search for their creator, but he found her obituary instead. She had slipped on ice and hit her head. Since then he has championed her work, bringing it to worldwide acclaim. 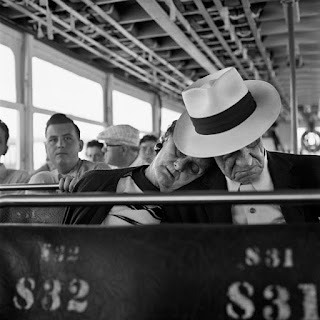 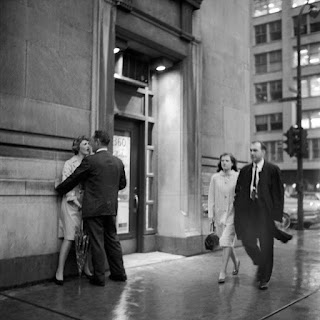 An exceedingly private woman she nevertheless left an incredible body of work of over 100,000 images as well as audio and video recordings that reveal much about America from the 1950s to the 1970s. 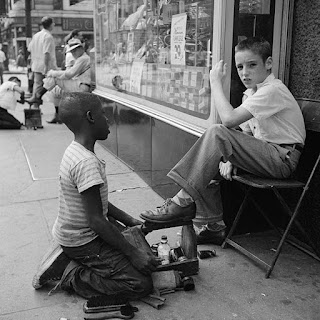 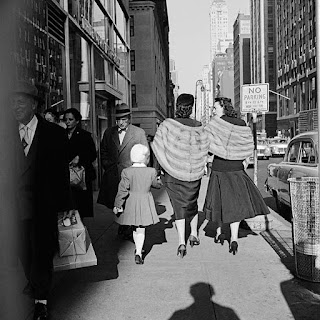 Vivian Maier was born in New York City to a French mother and Austrian father. It doesn’t appear that her home life was particularly settled. By the age of 4, census information indicates that she and her mother were living with Jeanne Bertrand, a famous portrait photographer. Shortly thereafter she and her mother went to France where she spent several years. She returned to the US in 1939 with her mother, and then again in 1951 alone. 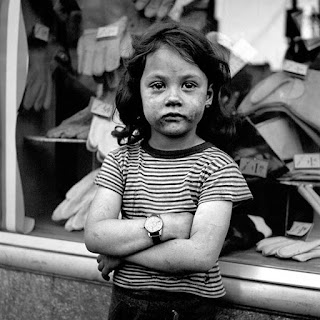 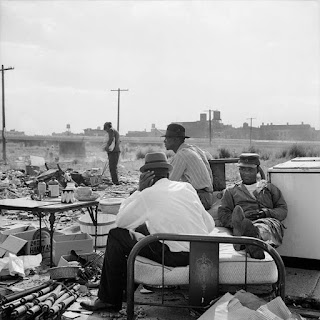 Upon her return she went to work as a nanny. An occupation she held for the rest of her working life. She moved from New York to Chicago, and loved to travel the world, and she gravitated toward the less fortunate wherever she went. 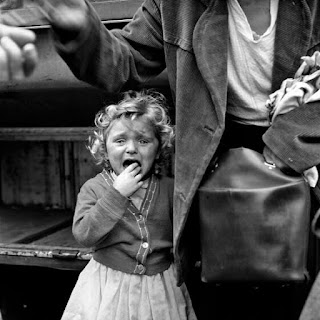 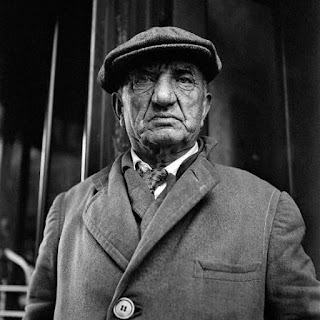 Personal accounts from people who knew Vivian indicate that she was a non-conformist, also opinionated, highly intelligent, and intensely private. She wore a wide brim hat, a long dress, wool coat, and men’s shoes. And she was never without a camera when she left the house. On her days off she would obsessively take pictures, but she never showed her photos to anyone.

Vivian captured the transient moments of the day-to-day and ended up documenting an era. I find her story fascinating. Part of the reason is, I think, that I can identify with her. Doing an ordinary job, but craving the chance to create something more. To be something more.

Can you identify with the urge to create; be it art, or stories, or music?
Posted by Lisa Karon Richardson at June 24, 2015