Back in 1990-91, a US military operation called Desert Storm took place in the Middle East. Not long afterward, the veterans involved came back with invisible scars that later became known as PTSD, Post Traumatic Stress Disorder. The heartbreaking stories about the men and women who couldn’t keep jobs or relationships soon became a regular feature on the nightly news. The heartbreaking numbers of vet suicides have increased over the years.

I write historical fiction and wanted to know how Civil War veterans who suffered with the same symptoms of PTSD were treated. Nineteenth century doctors diagnosed those afflicted with the condition as Soldier’s Fatigue. They offered bed rest in a soldier’s convalescent home, or recommended a discharge and a train ticket home. Often the soldier had a note pinned to his uniform, giving his name and destination, because he was so incapable of communicating. Let the veteran’s family deal with the troubled man.

As my story idea came together, I especially wanted to write my hero, Dan Goodman, as a strong Christian and show how he dealt with the horrors of Andersonville Prison for Union soldiers. Perhaps a 21st century veteran’s spouse, mother, sister, or girlfriend will read PATRIOT HEART and see there is hope for their loved one. Hope for the future in God, the Father, and salvation through Jesus Christ, His son.

Before my research began for PATRIOT HEART, I didn’t know much about the following:

1.     Clara Barton, Civil War nurse, accepted the government’s request to organize the cemetery at Andersonville Prison site in Georgia, and to notify the families of the deceased.
2.     The trial of the century, the first trial for war crimes in our country was against the Commandant of Andersonville Prison for Union soldiers immediately after the war.
3.     Major General Lewis Wallace, US volunteers, served on the Commission of the Military Court Martial of the Commandant of Andersonville Prison, Major Henri Wirz. Wallace later became the distinguished author of the famous novel BEN HUR published in 1880.
4.     Married women’s property rights in the state of Missouri, the setting for PATRIOT HEART.

With every bit of research, I have to share it with family and friends who will listen. I find it all so fascinating. My happy zone, and the best place for my research, is a used bookstore. Too many times to count, I’ve found what I needed while standing in front of the clearance section or received a discount coupon in the mail that greatly reduced the price of my purchase. I have a nice research library that didn’t cost much.

What draws you to historical fiction? Leave a comment for a chance to win an e-copy of PATRIOT HEART. 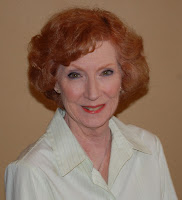 DIANE KALAS collects antique books written by men and women who lived through the American Civil War, and/or who pioneered out West. With a degree in interior design, she enjoys touring historical sites, especially Federal era homes with period furniture. Diane is a member of American Christian Fiction Writers. Published writers Pamela Griffin and Gina Welborn have been critique partners and mentors. Diane’s biggest challenge is writing Inspirational Historical Romance. Her biggest distraction is her fascination with historical research.

PATRIOT HEART
Forget Me Not Romances

DUTY             COURAGE                 INTEGRITY
May 1865. All Dan Goodman wants is to marry an uncomplicated girl and have a family, but the war interfered and he became a POW who now believes he’s losing his mind and unfit for marriage. He dreams of Oregon to put the memories behind him. The problem is he owes a debt of gratitude to the beautiful songstress. In addition, Clara Barton wants him to be a witness for the prosecution in the first trial for war crimes in American history.

INDEPENDENT         ENTERPRISING        FEISTY
Letty Talbot is a world-weary steamboat songstress, and wants a new direction after sudden loss. Letty decides to run a supply depot for emigrants going out West, and talks Dan into a partnership where he builds the prairie schooners. Letty won’t admit she wants to keep Dan from leaving. Even though they butt heads a lot, no man ever interested Letty as this one did.

TRUST            LOVE              PEACE
If Letty marries Dan she losses her depot, because married women have no property rights. Letty must learn to trust God with her future. Dan must forgive fellow Union inmates who killed for selfish reasons, and face the commandant of Andersonville Prison in a court of law. Allowing his Oregon dream to fade, he can then embrace the future God planned for him.