Murder on the Moor is Now Available - GIVEAWAY

I'm thrilled to announce that, after what felt like years of waiting, Book Five in the Drew Farthering Mystery series, Murder on the Moor, is now available. 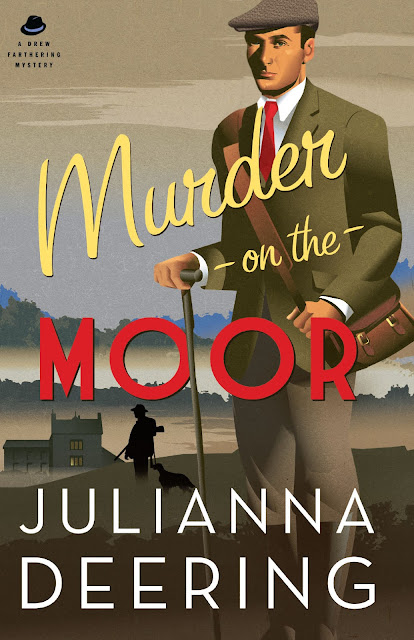 At the urgent request of Drew's old school friend, Hubert "Beaky" Bloodworth, Drew and Madeline Farthering come to Bloodworth Park Lodge in the midst of the Yorkshire moors, a place as moody and mysterious as a Brontë hero. According to Beaky, there have been several incidents of mischief making out on the moor, property destroyed, fires started, streams dammed up, sheep and cattle scattered and, if local gossip is to be believed, the sighting of the shadowy figure of a great black hound. Worst of all, the vicar has been found dead on the steps of the church, and no one can imagine who would want to kill him.
Beaky is obviously smitten with his wife of eight months, the gorgeous and vivacious Sabrina Bloodworth, though it's hard to imagine what she sees in a man as awkward and plain as he. Drew can't help wondering if Sabrina's affections lie more with Beaky's money than himself and, just perhaps, with the fiery Welsh gamekeeper, Rhys Delwyn. Delwyn says poachers are to blame for the recent trouble, Sabrina claims the moor is haunted, and Beaky suspects that Carter Gray, a neighboring landowner with a longstanding grudge against the Bloodworths, is behind the episodes. But when someone else is murdered and the troubling incidents grow more threatening, Drew begins to suspect local ne'er-do-well Jack Midgley of more than poaching. But just how does Midgley fit into the scheme and who is paying him? It's up to Drew to look past his own prejudices, determine what is really going on, and find the killer before it's too late.


I had such fun writing this one. And, being the Anglophile that I am, I very much enjoyed researching the Yorkshire moors and some of the legends that are told even today. The tales of a huge spectral hound haunting the moors did not originate with Sir Arthur Conan Doyle's Hound of the Baskervilles but are far older and more deeply attached to the lonely moors and English legend.

I'm also very excited to say that I've seen the cover for Drew's sixth adventure, Death at Thorburn Hall, and it will be revealed exclusively in my next newsletter. Now's a great time to become a member of Drew's crew. You can sign up at http://www.juliannadeering.com 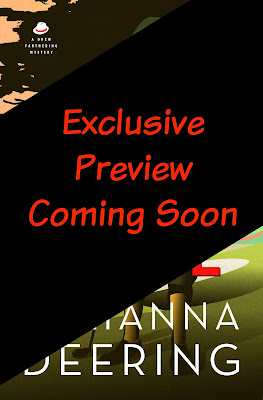 Death at Thorburn Hall is coming this fall from Bethany House.

Murder on the Moor is now available from these fine retailers or a bookstore near you:


Amazon: https://www.amazon.com/Murder-Moor-Drew-Farthering-Mystery-ebook/dp/B01M7OXYPE
Barnes & Noble:  http://www.barnesandnoble.com/w/murder-on-the-moor-julianna-deering/1123923501?ean=9780764218286
Christian Book: https://www.christianbook.com/murder-on-the-moor-5/julianna-deering/9780764218286/pd/218286?event=PR
Books-A-Million:  http://www.booksamillion.com/p/Murder-Moor/Julianna-Deering/9780764218286?id=6807173787270#overv
For a chance to win a copy of Murder on the Moor, answer at least one of the following questions in the comments:
What makes a good mystery great?
What is your favorite cozy mystery?
What would you like to see in Drew's next adventure?
GIVEAWAY IS LIMITED TO U.S. MAILING ADDRESSES ONLY AND VOID WHERE PROHIBITED BY LAW. PLEASE MAKE SURE TO LEAVE CONTACT INFORMATION IF YOU WANT TO BE INCLUDED IN THE DRAWING.

THIS GIVEAWAY IS NOW CLOSED. WINNER TO BE ANNOUNCED. THANKS FOR ENTERING!
Posted by DeAnna Julie Dodson at February 01, 2017