Meet Book Blogger Carrie of Reading is My SuperPower! 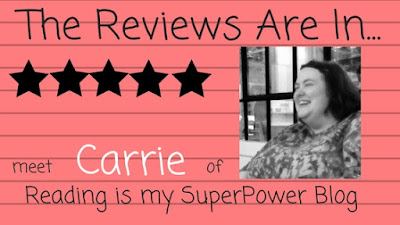 Carrie, of course, replies: Thank YOU! It’s definitely a two-way street. We the book reviewers have nothing to review without you marvelous authors

D: So- tell us how you came to be blogging about books! How did you decide on the theme for your blog, and how long have you been doing this? (give us the address, too!)

C: In 2015, I had newly discovered my love of reading and was having fun recommending books to my friends when they would ask (and sometimes when they wouldn’t lol).  And then I got Varina Denman’s newsletter asking for people who were interested in being part of the launch team for her debut novel, Jaded. Having a blog wasn’t a requirement but it occurred to me after I reviewed it on Goodreads and Amazon that a blog might not be such a bad idea.  But then I had to pick a blog name/theme! LOL. I came up with all sorts of ideas, but someone else had also thought of those names long before I did and they were taken. I finally tried readingismysuperpower after something fun I’d seen on etsy and – success! When I decided I wasn’t going to burn out on this blogging thing anytime soon, I bought the domain http://readingismysuperpower.org

D: What’s the best part of being a reviewer?

C: Relationships! The friendships I’ve made as a direct result of reviewing books has been such a blessing.

D: I absolutely agree (not that I review!) But I've loved the friendships with such warm, dedicated people!
What’s the most difficult part of the ‘the job’?

C: My TBR pile has grown so large I will never finish it

D: Be careful when you walk past, right?  What was the last book you read that you couldn’t put down?

C: The Lady and the Lionheart by Joanne Bischof 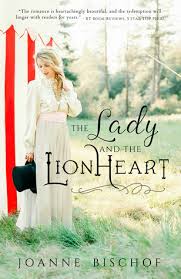 D: I see that on a lot of lists and I'm pretty sure it just garnered an award! (with Awards season, I can't remember which one it was. Anyone??) I'm SO going to have to read this!

What do you do when you aren’t using your superpower?

C: I taught English as a Second/Other Language for 10 years with a local ministry, and my ‘real job’ is scoring the speaking portion of exams that internationals take to be admitted to university here in the states.  I also love being the ‘cool aunt’ to our nieces and nephews and I have been known to break out a cross stitch project or two. But mostly I read lol. And review. And repeat.

D: My younger son is an ESL or TESOL teacher, but he only has Hispanic and Latino students.  Two languages (Spanish/English) instead of ten, right?
What would you like to share about yourself that few people know?

C: My first word was ‘book’ – which, in hindsight, is just about perfect!

D: I'm afraid that might have been anyone's good guess! 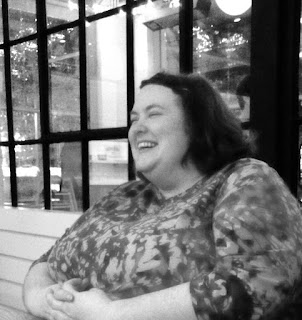 What is your favorite fictional setting? Place and time?  Genre’?

C: Oh goodness…. That’s like asking me to pick a favorite way to breathe.   My fave genre is probably romantic suspense BUT I love Contemporary and Historical fiction just about as much. Favorite setting is historical Kentucky (because I moved here too late to take advantage of the required KY History class that all 4th graders take lol… so I learn a lot from those novels!) or Appalachia/Smoky Mountains. As far as time period? I love Civil War/Underground Railroad stories, WW2 fiction, Regency fiction, and Western expansion stories.

D: I'm fascinated with the Underground Railroad because it's right here where I live (and so many others can say the same thing).  It's on my list for subjects, but like your TBR pile, I'm afraid I have more ideas than I'll ever complete.

What’s your favorite movie to watch if you had a rainy afternoon alone?  And when that afternoon became a quiet evening, what could the caterers bring for your dinner? Money is no object!

C: Fave movie = While You Were Sleeping 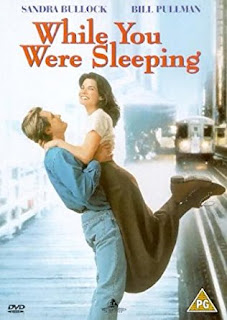 Dinner = It will be a hodge podge of foods I love but have to travel out of state to find. Like the apple cider donuts from Edwards Apple Orchard in Northern Illinois, the steak nachos (and an order of queso) from this Mexican place we go to a lot when we visit my brother & his family in Atlanta, the BBQ meal that I’ve been thinking about ever since I had it for dinner in Nashville after last year’s Christian Fiction Reader’s Retreat.

D: I think that hodge-podge is perfectly acceptable. My friends and I recall trips we've taken by talking about specific restaurant meals! I like the vulnerability of these two characters in While You were Sleeping. I just watched it recently because I needed a break from historicals.
(And hey, I 'heard' that CFRR is returning to Nashville, so now I know why! haha!)
If you could wiggle your nose and be in a new career, what would it be?

C: Acquisitions editor. I would LOVE to be part of the team that acquires fiction for publishing houses.


D: I will champion that for you and I think we could get a consensus! That's an incredible idea. Good for you! And, you've proved you've got the work ethic and experience to do it!

What piece of advice would you offer authors who are just starting out?

C: Surround yourself with a community who will be your biggest champions but will also be honest enough to gently tell you if a chapter, a paragraph, a sentence just isn’t working.

C: Start with your own collection, with books you’ve checked out from the library. Write reviews on Goodreads and/or Amazon. And study other reviewers – what do they say (and what they don’t), how do they frame positive reviews as well as negative, what are the terms they use, etc.  But most of all? Be kind. Even when you don’t like a book, be polite and gracious.

D: Great suggestions! I'm not a fan of all-gushy, five-star-reviews because readers have such different tastes. No one can love all the books they read!  But it's so irritating to hear about rude reviews. They are easy to do using a pseudonym. I often read the reviewer's other reviews and get an idea about that person's viewpoint. (Sourpuss? Never satisfied? Holier than thou?)

And now, something I'm really excited about because authors are readers and fans, too... Tell us about the Christian Fiction Reader’s Retreat!

C: The Christian Fiction Readers Retreat is an event that Annie JC (from Just Commonly), Bonnie Roof, and I started in 2016. It’s a time for authors and readers to come together to honor God through our love for Christian fiction. We have keynote speakers, games, author panels, food, and great giveaways and swag! Last year, in Nashville, we had a blast!! And we are praying that this year in Cincinnati is even more fun. You can keep up with the goings-on at our website and Facebook. 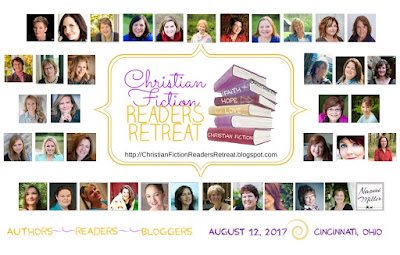 D: It's going to be amazing! I've met so many authors at ACFW conferences, but I love the idea of the CFRR because I get to be a fan girl (omigosh, I get to meet Laura Frantz?!), and I get to meet readers and reviewers and put faces with names of so many online friends!  You all are so amazing to pull this together!  YAY. It'll be here before we know it!

Thanks so much for indulging me!

C: Thank you again so much for having me, Debra!