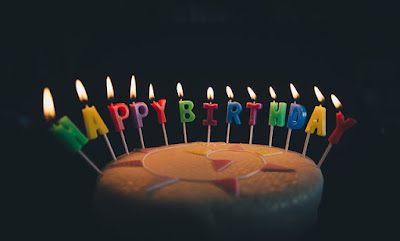 It all started eight years ago. At that time, there were fourteen of us. Only one had a book published, but we were all hungry to make this dream of being a writer come true. Since then, we've been through a lot! We've gained new friends and added new members as we said goodbye to others. Our dear sister, Connie Marquis, now cheers us on from heaven after a hard battle with cancer. We've cried and laughed together. We've studied our craft, gone to conferences, and lost a bit of our naivete about the business end of things. Through it all, we've supported each other, prayed together, and become a tight-knit family. And every single one of us is published.

Inkwell Inspirations has been a blessing to us, as we hope it has been to you. We wouldn't be where we are today without each other, and that includes you, our lovely readers. As a thank you, we're sharing a little bit about each of the current Inkies and giving away a super prize package. Leave a comment to be entered!

Way back when (2009 to be precise), Gina Welborn enjoyed the social life over on Seekerville Island. A RWA Golden Heart finalist and an ACFW Genesis finalist, she had secured representation with Tamela Hancock Murray, but something was missing. Ah, publication! Yes, but that would have to wait until 2012. What about a team blog? Great idea! So Gina enlisted friends who enlisted friends (no animals were harmed in the process) and Inkwell Inspirations was born. Since then she's written for Barbour Publishing, Abingdon Press, Harlequin Love Inspired Heartsong Presents, and Forget Me Not Romances. Gina is currently writing two historical romance series for Kensington Publishing. Say Hi! on Facebook and be sure to check out her Pinterest storyboards and oh-I-need-a-board-for-this boards. 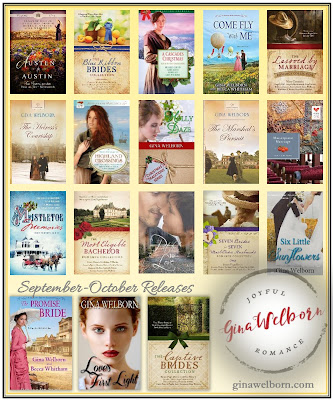 Suzie Johnson had four releases in the last eight years! 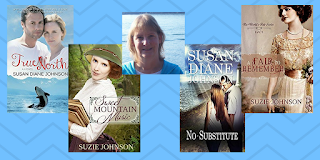 Debra E. Marvin is paddling as fast as she can.  Eight years ago, she was working on the book of her heart. (Sighs) Now, she has published five novellas and one novel with more on the horizon. In eight years, she'll have published that book-of-the-heart and maybe, just maybe, found her niche. Mystery? Gothic? Sweet Romance, Historical Romance or Contemporary. Or she might just be quilting and taking naps.


For now, there are far too many places to find her on the internet. Start with Twitter. 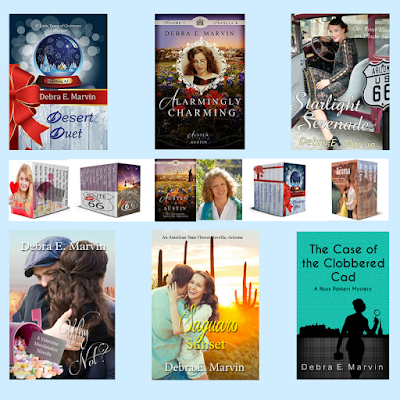 DeAnna Julie Dodson writes under her own name and the pen name Julianna Deering. Consequently, she is twice as busy as she used to be. Eight years ago . . . she had only three published books and didn't know the Inkwell existed. Today . . . she's working on book number eighteen and so happy to be a part of this blog.  Eight years from now . . . only God knows. Can Drew have a movie? A TV series? Visit her websites, deannajuliedodson.com or juliannadeering.com, or drop her a line at MissWrite@sbcglobal.net 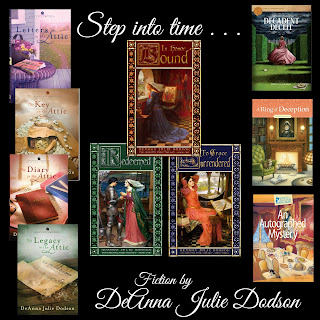 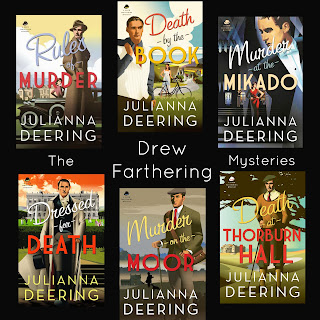 Eight years ago Niki Turner had just completed her first manuscript. It won a second place award and is still sitting in her files, waiting for revision and attention someday. She was a pastor's wife and had four kids at home. Since then, she's moved twice, had a radical hysterectomy, married off two of her kids, and welcomed four grandbabies. A year ago she bought the weekly newspaper where she'd worked part-time since 2000, and now she's the editor-in-chief and publisher. In the midst of it all, her lifelong dream of being a published author has come to pass not once, but nine times. Another Christmas novella is coming this fall and two more stories in 2018. Eight years from now? "Lord, keep ordering my steps, my times are in Your hand!" Say "hi" on her Facebook page! 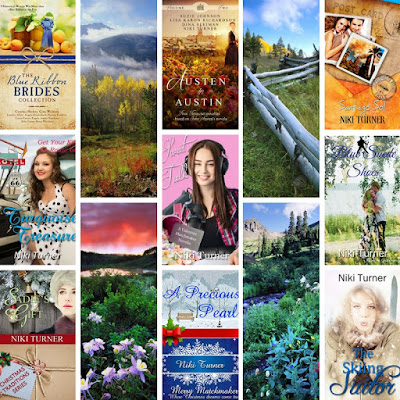 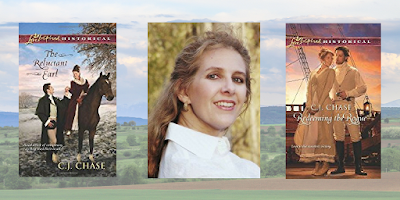 In 2009, Susanne Dietze was a clueless-but-eager contest finalist, writing a series about a family in Regency England and Scotland and hoping to someday write a mail-order bride story set in the old west. Shortly thereafter, she won a few contests, signed with agent Tamela Hancock Murray, and won the ACFW Genesis award for Historical Romance in 2013. She kept plugging along, and today, she's an ECPA and Publisher's Weekly bestseller. By the end of 2018, she'll have 14 works published: three novels and eleven novellas with Barbour, Love Inspired Historical, WhiteFire, and Forget Me Not Romances (those aforementioned Regencies and mail-order bride story are included in this list! She can't wait to see her next LIH Regency cover!). What's coming in the next eight years? She isn't sure what God has in store, but historical or contemporary, novel or novella, it's a given that Susanne's stories will be full of romance and all about the happily-ever-after. Come say hi on Facebook! 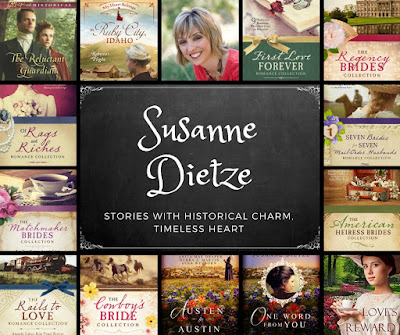 Eight years ago, Anita Mae Draper was entering the world of publishing via the contest and rejection route. Her heart had always been on writing Historical Romance set in the pioneer and Old West days, yet her Contemporary contest entries became finalists as well. Her writing caught the attention of an agent, which led to her first two publications - Christmas short stories with the first being a Historical in the Edwardian period, and the next being Contemporary. The publication of Austen in Austin was her first novella project, which was followed by two more, both set in the west. Anita's agent recently retired which has opened a bright new world of possibilities. Yet through all the years of change, Anita's greatest blessing on her writing journey thus far has been the friendship, love and support of the other members of the Inkwell Inspirations blog. You're invited to visit Anita through any of the social media links found on her website. 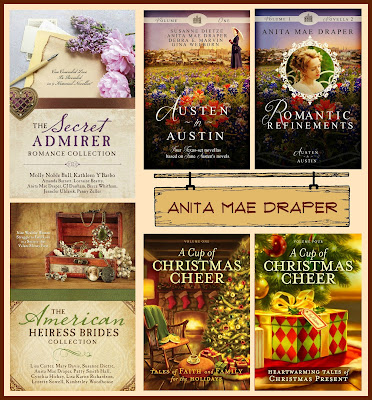 Eight years ago, Dina Sleiman had just recently gotten involved in writing circles and earned her first award, Overall Winner of the 2009 Touched by Love contest for unpublished authors. Since then she's published two novels and a novella with WhiteFire Publishing, a novel with Zondervan, and a three book series with Bethany House Publishers. She also found a niche as an editor for WhiteFire Publishing. Although her books have varied from historical to contemporary and from women's fiction to YA action adventure, you can rest assured that all of her novels include plenty of romance, an artistic touch, her unique brand of intimate Christian spirituality, and a happily ever after. At this point she has primarily transferred her writing talents to the nonprofit humanitarian world, but she still serves on the editorial committee at WhiteFire and dabbles in writing novels. Her second book in her Deep Within contemporary series will release in November. To find her on social media, visit here. 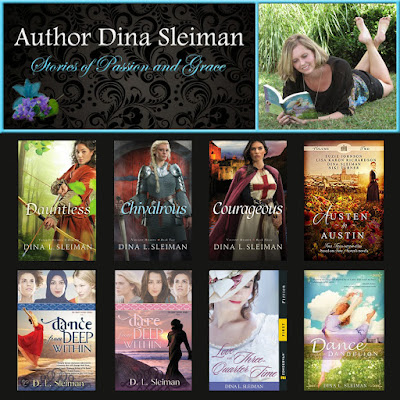 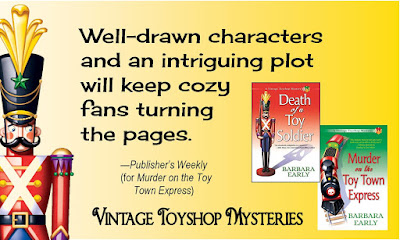 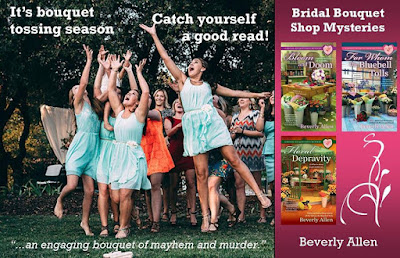 Eight years ago, Lisa Karon Richardson was on deputation with her family (raising money as missionaries). She dreamed of being a published author and had finished two manuscripts. Had she known how much she did not know, she probably would have quit while she was ahead! As it is, she has 11 published novels and novellas. (And would still be daunted if she knew how much she still needs to learn!) You can read excerpts of all of her novels here. 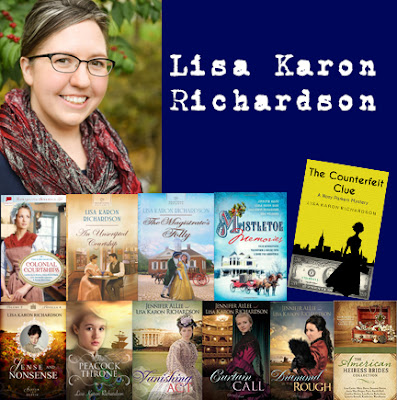 From the time she was a little girl living above a mortuary in the heart of Hollywood, California (okay, she was an odd little girl), Jennifer AlLee dreamed of becoming a writer. Eight years ago, she had one novel published and was just beginning to understand how much she didn't know about the business. Today, she has 11 published novels, 3 novella collections, and a bunch of novellas under her belt. Wanting to challenge herself and help other writers see their dreams become reality, she founded Journey Fiction in 2016 and released its first two novels this month. Eight years from now, she hopes to see the publishing company exploding (in a good way) and still be writing fiction of her own. 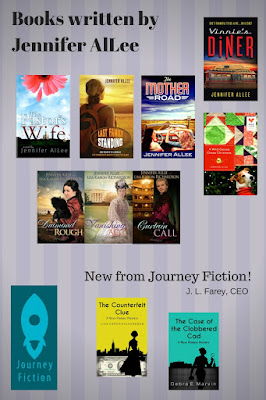 Don't forget to help yourself to the party treats!

AND NOW... to celebrate!  We're giving some of those books away as one grand prize! 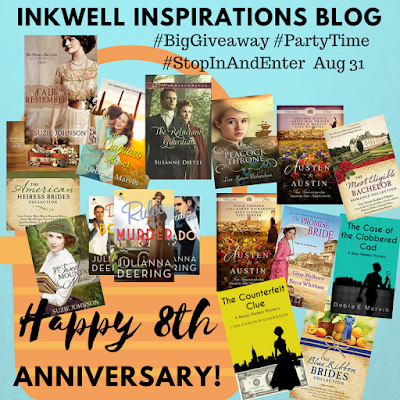 a Rafflecopter giveaway
Posted by Jennifer AlLee at August 31, 2017