SUNBURST by Susan May Warren, Reviewed by Rebecca Maney 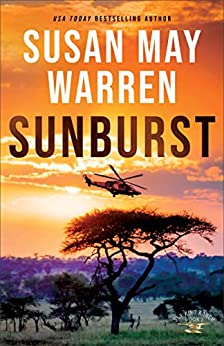 "Well, hello, hello. Ranger Kingston, right here in the shadow of a kuka tree, deep in the heart of Nigeria. . .  It was just like God to send her the man she hoped to never see again."

"Noemi Sutton. The Master Chief's only daughter. A woman who nearly cost him everything."

Yep. They had a history. And it was beautiful and short and fall in love-at-first-sight and then gone . . . like GONE. Done. Over. A mistake, he had called it. Except that when Noemi's life is on on the line, having been captured by Nigerian terrorists, who comes to her rescue (not intentionally you understand, but definitely providentially); Ranger Kingston.

"You don't sort of get married, son." (Do Nigerian weddings even count?) 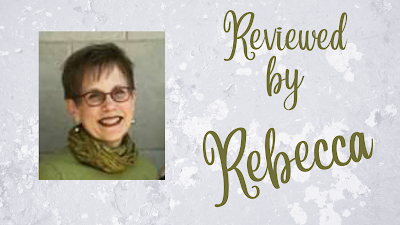 So much story here. SO MUCH STORY. . . told with an underlying passion and enough creative energy for two books, possibly even three, which for a seasoned author, was remarkably refreshing. True confession? I might have read the ending more than once.

"I will find you."
*I purchased a copy and was under no obligation to provide a positive review 4.5 stars

When former Navy SEAL and lifelong bachelor Ranger Kingston is called upon to take part in a rescue mission to save his brother Colt from terrorists in Nigeria, he is shocked to find among the hostages a woman he could never forget.

Noemi Sutton was attempting to return a young girl to her family in Boko Haram territory when she and the girl found themselves taken hostage, along with several others. And while Ranger Kingston may be able to get the hostages away from their captors, he'll need Noemi's help if he ever hopes to get out of Nigeria alive.

Her solution? Pose as husband and wife. But when her uncle discovers the union, he insists on a traditional Nigerian wedding--which would bind Noemi to a man destined to break her heart. Worse, the trouble they're fleeing has found them--again. It's clear anyone around Noemi is bound to be caught in the cross fire. Including her potential new husband.

She'll need to figure out a way to leave the man she loves if she wants to save his life.