IN THE SHADOW OF A QUEEN #blogtour by Heather B. Moore, Reviewed by Winnie Thomas, 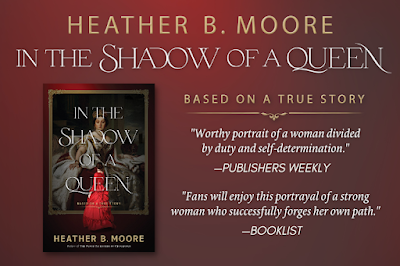 Based on the true story of the free-spirited daughter of Queen Victoria.

Princess Louise’s life is upended after her father’s untimely death. Captive to the queen’s overwhelming mourning, Louise is forbidden to leave her mother’s tight circle of control and is eventually relegated to the position of personal secretary to her mother—the same position each of her sisters held until they were married.

Already an accomplished painter, Louise risks the queen’s wrath by exploring the art of sculpting, an activity viewed as unbefitting a woman. When Louise involves herself in the day’s political matters, including championing the career of a female doctor and communicating with suffragettes, the queen lays down the law to stop her and devotes her full energy to finding an acceptable match for her defiant daughter.

Louise is considered the most beautiful and talented daughter of Queen Victoria, but finding a match for the princess is no easy feat. Protocols are broken, and Louise exerts her own will as she tries to find an open-minded husband who will support her free spirit.

In the Shadow of a Queen is the story of a battle of wills between two women: a daughter determined to forge her own life beyond the shadow of her mother, and a queen resolved to keep the Crown’s reputation unsullied no matter the cost.

HEATHER B. MOORE is a USA Today bestselling and award-winning author of more than seventy publications. She has lived on both the East and West Coasts of the United States, as well as in Hawaii, and attended school abroad at the Cairo American College in Egypt and the Anglican School of Jerusalem in Israel. She loves to learn about history and is passionate about historical research.

Learn more about Heather and her books at www.hbmoore.com

Other Books by Heather B. Moore:

The Paper Daughters of Chinatown

The Slow March of Light

“Peek into the House of Hanover and view the strength of two women: Queen Victoria and her daughter Princess Louise. This story weaves compassion and conflict into breathtaking and gripping historical detail.” —Julie Wright, author of A Captain for Caroline Gray

“Moore crafts an intriguing portrait of the independently minded Princess Louise and her tensions with the English royal family. Moore sets the stage with meticulous research, and she expertly combines fact with fiction, with psychological insights on Victoria's mercurial moods and the impact of her controlling nature. It adds up to a worthy portrait of a woman divided by duty and self-determination.”

“Moore's tracking of Louise's commitment to women's suffrage and public education and of how Louise manages to follow her own interests and desires without alienating her famously moody mother is striking. Fans of Marie Benedict and Jennifer Chiaverini will enjoy this portrayal of a strong woman who successfully forges her own path.”

Available at these retailers (and more!)

(Icons are hyperlinked to purchase page) 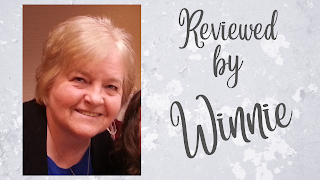 In the Shadow of a Queen by Heather B. Moore

The cover, title, and premise of the book, In the Shadow of a Queen by Heather B. Moore, intrigued me. Historical fiction is one of my favorite genres, and I hadn’t heard much about Queen Victoria’s daughter Princess Louise, so I was interested in learning more. The depth of research was impressive, and I enjoyed reading the author’s notes in the back of the book. It definitely made me want to learn more about this royal family. It did not, however, make me long to be a princess, especially in Queen Victoria’s family. They seemed to have more than their fair share of problems and drama.

I enjoyed the epigraphs at the beginning of the chapters taken from actual letters and journals. That added interest and showed much of the personality and thoughts of the people involved and brought them more to life. There were parts of the story that I felt dragged a bit, and I wish there was a little more about Louise’s later accomplishments. The ending felt rushed to me. However, I feel that Moore has done a creditable job of capturing the complexities of the royal family during this particular slice of history.

*I voluntarily reviewed a complimentary copy from Shadow Mountain Publishing through NetGalley. All opinions are my own.