Are your wells stopped up?

You've got a well – a spiritual well – on the inside of you if you're a Christian. From that well, Jesus said, "living water" springs forth and becomes a fountain, "springing up into everlasting life." (John 4:14).

Water is a precious commodity in Colorado and much of the Western United States. For the first few years of my married life we had a cistern for our household water. When the irrigation ditch was flowing, we hooked up the pump and ran a fat hose from the ditch to the cistern to fill it. If we got carried away with showers or dishwashing or laundry, we'd run out of water at the wrong time and have to haul it by truck from town. It wasn't the best water, either. A cup or two of bleach kept it from being too gross, but every now and then there would be a whiff of stagnant pond when we turned on the shower. Ew.

When I was 10 or 11 my parents bought a piece of property and began the search for a suitable water source. They had to drill deep, so deep the well drillers told them several times to give up. Suddenly, mud and water (and the drill bit) flew out of that hole and up into the air, propelled by a powerful flow of water from deep below the surface of the earth. They had more than just a well, and definitely more than a cistern, they had a fountain on that land.

Cisterns have to be filled by hand, and they can crack or leak.

"... And hewn themselves cisterns — broken cisterns that can hold no water. " Jer 2:13 NKJV


Wells can go dry or be stopped up.

"Now the Philistines had stopped up all the wells which his father's servants had dug in the days of Abraham his father, and they had filled them with earth." Gen 26:15-16 NKJV

"He who believes in Me, as the Scripture has said, out of his heart will flow rivers of living water." John 7:38 NKJV

You can't stop up a fountain.

Feeling stopped up? Going through a dry spell? The enemy of your soul has probably connived a way to plug up your well ... or at least convince you your well is stopped up. Don't fret. There's a fountain on the inside of you, and it doesn't take much to let it loose.

Just a little action on your part is all it takes to loosen things up and blow the enemy and his oppression right out of your life. 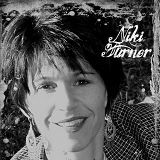 About the Author: Niki writes fiction, blog posts, articles in the local newspaper, grocery lists, and Facebook status updates. She can be found at her own blog, In Truer Ink, in addition to posting here and at The Pastor's Wife Speaks. She was a 2009 finalist in the Faith, Hope, and Love "Touched by Love" contest.