Meet WhiteFire Publishing - A Small Press for a New Generation

Between the nearly impossible to break into and often predictable world of big publishing houses and the danger and unpredictability to both readers and writers of self-publishing, there is another option. Small presses. These companies are opening up new opportunities for both writers and readers. 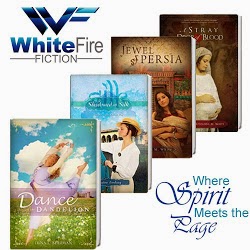 I've had the pleasure of serving as an acquisitions editor for a small publisher called WhiteFire Publishing for the past three years. WhiteFire began with a goal to reach under served markets. We wanted to be an outlet for books that were beautifully written but hard to sell. We also wanted books that were more realistic than some of the Christian publishers were looking for. At the same time, we wanted our books to have a deep sort of spirituality. We favored big books that crossed genres and offered a little something extra and exciting. Finally, instead of focusing on a middle aged audience as so many bigger Christian publishers do, we wanted books that would speak to all ages and that would draw a younger fan base who could grow with us.

I think more than anything else, these quotes from our authors express what we're all about.  Christine Lindsay had this to say, "I appreciate WhiteFire's desire to show the Christian faith in stories that will hopefully touch the hearts of those who are seeking." Susie Finkbeiner said, "They took a risk on me...they mentored, encouraged, and taught me so much about being a novelist...WhiteFire is a community of writers and readers with a deep passion for spirit filled literature." Normandie Fischer added, "I feel so privileged to be published by a company with heart, run by folk who care, and who show it by walking out their faith in matters of business and prayer." June Foster said, "I'd like to commend WhiteFire for living up to their logo - Where Spirit Meets the Page."And April McGowan said, "As a first time novelist, I didn't know what to expect...but, you all put me at ease immediately with your sense of humor and encouragement." And I'll wrap it up with this one from Golden Keyes Parsons, "I love the feeling of worth and value that WhiteFire gives to the individual author."

We started with just one book in 2009, then three in 2011. 2012 was a slow year as we got our systems in place, looked for quality submissions, and hired a nonfiction editor. But in 2013 we really took off, adding contemporary and nonfiction to our line, and 2014 is off to a strong start as well. So I'd like to give you a quick overview of what WhiteFire has to offer. Keep in mind as you scroll through, that all of these are available as ebooks for under $3.99. They are also available in print if you prefer. Find them online at amazon.com or barnesandnoble.com.

2009
A Stray Drop of Blood by Roseanna White - Set in the days of Jesus, this edgy book full of drama, romance, and spiritual insight is Biblical fiction at its finest.
2011
Jewel of Persia by Roseanna White - More awesome Biblical fiction, this time featuring a fictional wife in Xerxes court during the time of Esther.
Shadowed in Silk by Christine Lindsay - A realistic historical set in Ghandi's India. You will be swept away by the romance, suspense, and gorgeous setting. *
Dance of the Dandelion by Dina Sleiman - A unique romantic coming of age saga which begins in a 13th century village in England and travels to far off Italy. *
2012
Walks Alone by Sandi Rog - An American set historical romance with a hunky Indian hero who you are sure to fall in love with.
Trapped by Golden Keyes Parsons - The first in a series of Biblical novellas featuring nameless women of the Bible.

2013
Historical and Biblical
Captured by Moonlight - The even better sequel to Shadowed in Silk. *
Alone and Broken - More Biblical novellas by Golden Keyes Parsons.
Contemporary Fiction
The Good Girl by Christy Barrit - A really fun romantic suspense novel by this well-loved, multi-award winning author, featuring edgy characters and maybe even a ghost!
Paint Chips by Susie Finkbiener - Deep women's fiction dealing with abuse and human trafficking yet full to the brim with humor, grace, light, and hope.
Jasmine by April McGowan - Romantic women's fiction that also takes a look at the harsher realities of life while offering hope and healing along the way.
Sailing out of Darkness by Normandie Fischer - Another romantic women's fiction featuring nautical themes, Italian settings, and a cool supernatural element.
Dance from Deep Within by Dina Sleiman - Yet more romantic women's fiction featuring a Muslim heroine, a bi-racial hippie, and a blonde ballerina who join forces to face life's challenges.
Nonfiction
Catching up with Daylight by Gail Kittleson - An artistic memoir full of spiritual insights and God's light.
Listening Prayer by Joanne Hillman - Learn to listen to God's voice and tap into the power of journaling.
Mountains, Madness, & Miracles by Lauralee Bliss - Join this popular CBA romance author as she takes a 4,000 mile journey along the Appalachian Trail and straight into the heart of God. 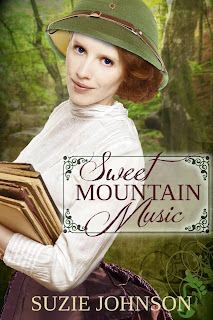 What's in store for 2014? At least another ten or so books for sure. Although the schedule is not completely set for the second half of the year, let me share a few books I'm really excited about. Ryan's Father by June Foster is a unique romance featuring a hero struggling with homosexual tendencies. It is a brave book and a worthwhile read for sure. Soul Painter by Cara Luecht is a gothic historical of the highest rank. Cara is a debut author to watch out for. I expect great things from her. No Plan B is a nonfiction offering by our first male author, Nelson Hannah. More books are coming from Susie and April, plus sequels from Christy, Roseanna, Christine, Golden, and me.

But perhaps more exciting than any of these for our Inky readers will be...drum roll please...this awesome, whimsical historical romance from our own Suzie Johnson, Sweet Mountain Music, set in Washington and featuring a surprising and very fun character :)

Dina Sleiman writes lyrical stories that dance with light. Most of the time you will find this Virginia Beach resident reading, biking, dancing, or hanging out with her husband and three children, preferably at the oceanfront. Check out her novels Dance from Deep Within, Dance of the Dandelion, and Love in Three-Quarter time. And please join her as she discovers the unforced rhythms of grace. For more info visit her at http://dinasleiman.com/
Posted by Dina Sleiman at January 08, 2014