Thoughts on the Divergent Series


This summer my daughter and I have been devouring YA fiction, and at the top of my list is the Divergent Series. These books by new, young author Veronica Roth have become somewhat of a cultural phenomenon, and no doubt many of you have seen (or soon will see) the first movie. 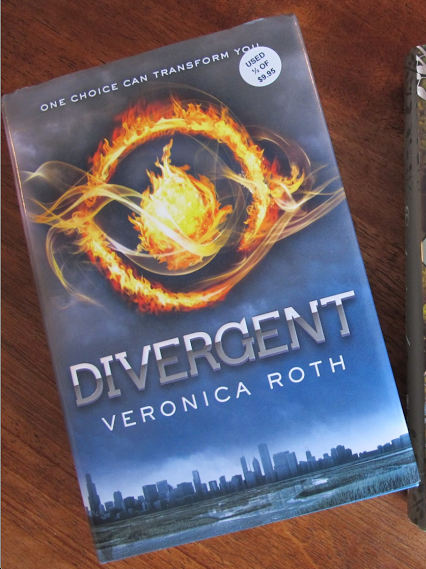 Divergent is driven by a unique and powerful premise. The story takes place in a dystopian world that has been divided into “factions” based on a person’s dominant personality trait and way of viewing the world: Abnegation, Dauntless, Amity, Erudite, and Candor. As someone who loves to study culture, psychology, and especially personality, I found the concept fascinating. The main character, Tris, leaves her Abnegation family behind to enter the brave, wild, and most importantly, free world of the Dauntless. There is plenty of material for an awesome book right there as Tris struggles in a new society to find her source of courage and inner strength, but as the plot develops, the story takes some awesome and unexpected twists. The result is action packed, romantic, poignant, and thought-provoking. (And the fact that my upcoming YA novel is titled Dauntless is only a small part of why I enjoyed it so much :)
The movie changes some details of the story, but keeps to the same theme and major plot points. I found the choices to be effective for the visual format, and equally enjoyed the book and the movie. However, both the book and the movie are fairly violent and contain some emotionally upsetting material, so I personally would not recommend either for children or preteens. They are also fairly sensual, although not inappropriate for the intended teen audience.
Books two and three take their own unique twists and turns as we delve further into this society, why it is breaking apart, and how it came to exist. And I loved every step of the way. Veronica Roth is a confessing Christian, and although the books are not Christian per se, I saw much more light, hope, and redemption than in other dystopian novels I have read. The main character makes one choice in book three that many Christians will not feel comfortable with, but it is handled delicately. Although I would have made a different choice as an author, the decision did seem to fit the plot, and I understood why Roth went in that direction.
I’ve heard people say these books aren’t well written, and to that I say: give me a break! I can only assume they mean something about these books did not live up to their preconceived notions of good writing, or perhaps that they are writers who are upset that this woman didn’t follow all the rules that they so meticulously adhere to and she succeeded anyway. No, Roth did not follow every “rule” of writing. She was a little heavy handed with the narrative summary, did not always place readers firmly in the scene, and sometimes drifted in and out of scenes without scene breaks. And you know what—who cares?!?! The books are mesmerizing. People love them, buy them, and tell their friends to buy them. In my opinion that is what makes a book great--the ability to move the reader--not an arbitrary set of rules.
That being said, I thought book three was the weakest. Books one and two have a single first person narrator. Book three has two first person narrators, and while I didn’t mind this choice, it was not handled as well as it could have been. I often forgot whose point of view I was in, which says to me that the point of views should have been more distinctive. That small distraction aside, I still thought it was a great book.
Minor spoiler alert – but keep reading anyway. A lot of people hate the ending of this trilogy, but they are usually the ones who didn’t know in advance that it would be sad. So I’m telling you straight out, the ending is sad. I went into the book aware of that fact, and was able to enjoy and appreciate the redemptive resolution, which I found quite powerful and satisfactory. In fact, my very favorite quote of the entire trilogy is found at the end.
Since I was young, I have always known this: Life damages us, every one. We can't escape that damage. But now, I am also learning this: We can be mended. We mend each other.

Dina Sleiman writes lyrical stories that dance with light. Most of the time you will find this Virginia Beach resident reading, biking, dancing, or hanging out with her husband and three children, preferably at the oceanfront. Check out her novels Dance from Deep Within, Dance of the Dandelion, and Love in Three-Quarter time. And please join her as she discovers the unforced rhythms of grace. For more info visit her at http://dinasleiman.com/
Posted by Dina Sleiman at July 28, 2014