The Most Eligible Bachelor Collection~Behind the Scenes!

I'm excited to celebrate the release of my debut novella, Love's Reward, in The Most Eligible Bachelor Collection, coming from Barbour Publishing May 1.

﻿
The historical story's about an architect, Daniel, an unassuming but wealthy guy whose friendly rival promises a princely sum to the woman who can claim Daniel's heart.

Poor Daniel. He really hasn't a clue what's going on at first. He's too distracted by work.

But what sort of work? I knew nothing about architecture now or in the past, so I had to do some research.

That's when I came across pen-and-wash architecture submissions to an international competition that took place in San Francisco, California, in the late 1890s. Sponsored by Phoebe Apperson Hearst, the mother of media mogul William Randolph Hearst, the contest sought architectural plans intended to beautify the University of California at Berkeley.

﻿
Phoebe was a fascinating woman. She grew up in Missouri, and at age eighteen married 40-year-old George Hearst, a Missourian who'd moved to California during the gold rush and become a millionaire. (He'd be a politician eventually, serving in the California legislature and US Senate.) They moved to San Francisco in 1862 and had one child, the notable William, and Phoebe took him to Europe at a young age for the sake of his education (although he also began a lifelong love affair with antiquity and art collecting, which is another blog post altogether).

With her wealth and status, Phoebe was free to donate her time and money to causes she believed in. She was a suffragist, feminist, and a promoter of higher education. She became the first female regent at UC Berkeley and founded the UC Museum of Anthropology (now named in her honor).

She was also willing to sponsor the aforementioned contest to beautify UC Berkeley.

Officially, the contest was called The International Competition for the Phoebe Hearst Architectural Plan for the University of California. It started with a first-round competition in Antwerp, open to any architect in the world, in 1896. The deadline was set for July of 1898, and a hundred and five entries were received. The entries were narrowed down to eleven finalists (not a one from California), and then, later a final winner.

I wish I could share the submissions with you here, but they are copyright protected and can be viewed here.
﻿

My imagination was sparked by the pen-and-wash submissions I saw, and naturally, I wanted my hero Daniel to take part in a contest similar to this one. While I fictionalized my university, the contest, and Mrs. Hearst's character, I knew the story had to take place in the philanthropic sponsor’s home neighborhood of Nob Hill--and unlike in the real contest, Californian Daniel would have to be a finalist.

Curious about the results of the real-life competition? Well, the winner did not appreciate suggestions to his concept, insulted Mrs. Hearst, and returned to Paris. Next thing you know, the 4th place winner, John Galen Howard, was named the University's supervising architect.

Here's a blurb of Love's Reward:


Reserved, affluent architect Daniel Blair is a man with a price on his head—or his heart, to be precise. When it seems Daniel will best his old university rival in their competitions, both personal and professional, his opponent hopes to distract him by advertising a monetary reward for Daniel’s heart. Daniel always thought women wanted love over money, but the most mercenary maids in San Francisco now find him irresistible—all except the childhood friend-turned-suffragette he’s long admired who has made it clear she wants his money, not his heart.

After joining a Society dedicated to helping San Francisco’s poor women, Josie Price is eager to provide the neediest a home, and who better to donate his skills and money than her dear architect friend? His “no” disappoints her. Granted, a pauper’s home is not the prize-winning sort of project that could solidify his reputation like the international competition he’s engaged in, but the ultimate reward of helping others is far sweeter. When he’s distracted by the so-called competition for his heart, however, she agrees to help him ward off women in exchange for his assistance. She never expected she’d be caught up in a quest of her own to win Daniel’s heart. 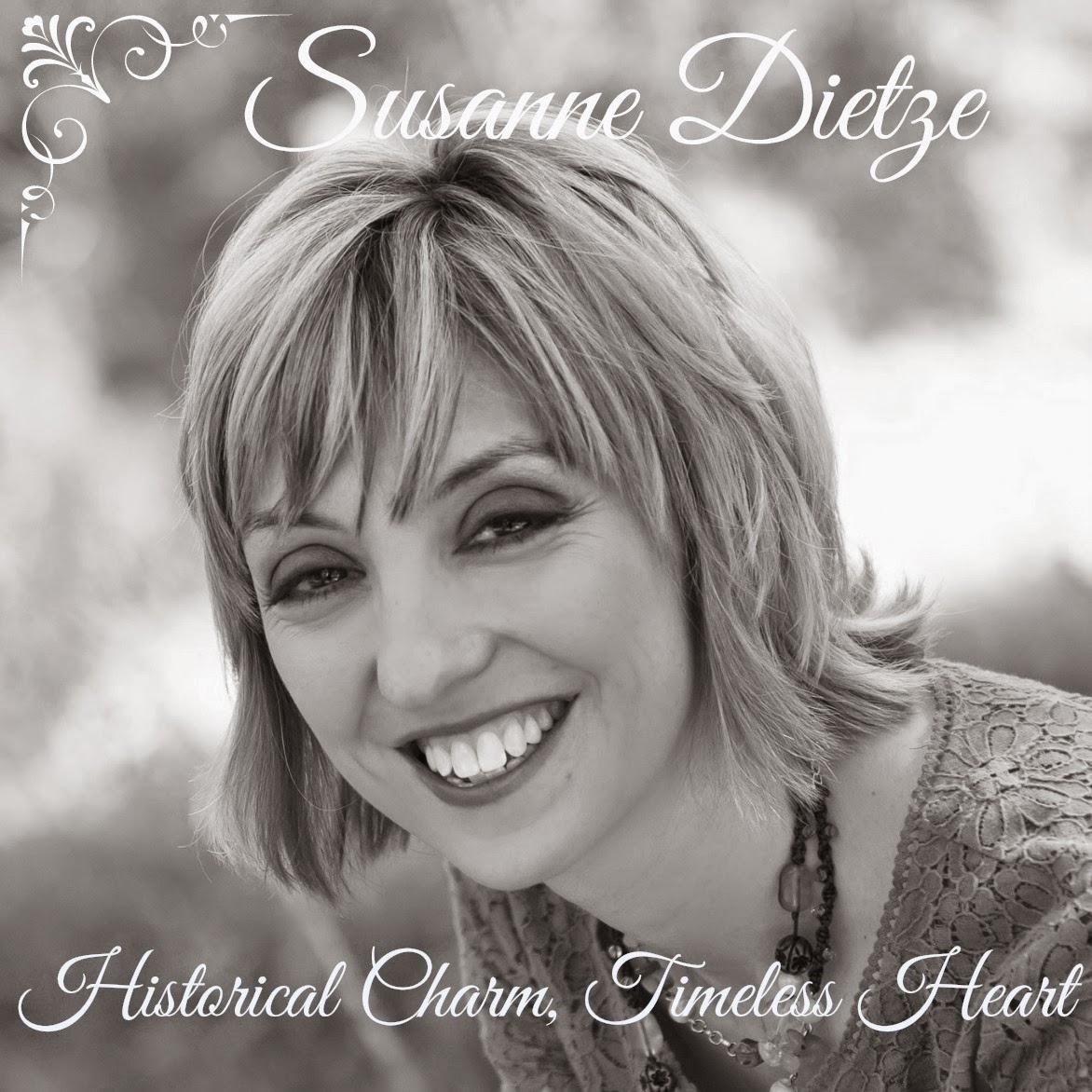 Check back for opportunities to win a copy of The Most Eligible Bachelor, starting early May!


Susanne Dietze writes love stories with happily-ever-afters for all. You can visit her on her website, www.susannedietze.com, to learn about her upcoming giveaways!