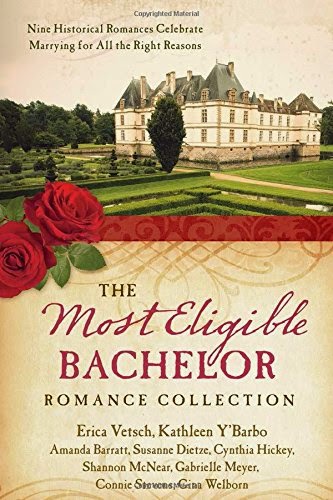 I'm so excited about this new novella collection: The Most Eligible Bachelor Romance Collection: Nine Historical Novellas Celebrate Marrying for All the Right Reasons, especially since it features our very own Susanne Dietze and Gina Welborn! I'm glad to have a chance to find out more about these authors and their stories.

1.    Congratulations to both of you on your latest release! How did you get involved with this project?

Susie:  I learned about the opportunity to submit to Barbour’s The Most Eligible Bachelor Collection through my agent. A brainstorming session with Gina Welborn got me thinking about competitions, so I started some research for ideas. I was thrilled when I received a call last July informing me my story had been accepted!

Gina:  For years I’ve watched The Bachelor/Bachelorette TV show and wanted to write my version of the show. Problem is I never thought a story featuring a hero dating multiple women at the same time could sell in the CBA. Last summer when Barbour put out a call for submissions for a Most Eligible Bachelor collection, I thought why not give it a try. I feel blessed that Becky Germany gave me an opportunity to write Baker’s Dozen.


2.    What was the inspiration for your story?

Susie:  The historical story's about an architect, Daniel, whose friendly rival promises a princely sum to the woman who can claim Daniel's heart (and distract him from the professional competition they’re involved in, of course). I learned about a true-to-life global architectural contest sponsored by media mogul William Randolph Hearst’s mother, Phoebe Hearst, to beautify University of California at Berkeley (near San Francisco). I fictionalized the university, sponsor, and other details, but I knew Daniel should be a finalist in this competition!

Gina:  "The Bachelor" (an ABC program)! A Christian romance featuring a hero dating 12 women at the same time—that’s enough of a hurdle, so I figured I needed to give my story a little help by putting it in a CBA-sweet spot setting (Texas). The problem was year. After a bit of researching, I learned about an affluent neighborhood in Fort Worth that would provide the contrast of The West (cattle, ranching, men in boots) with the elegance of the Gilded Era.


3.    I love how almost anything can spark a story idea! Why did you choose your particular main character?

Susie:  Daniel’s on the shyer side, so I wanted Josie, the heroine, to be somewhat bold. I admire her spunk: she’s so concerned about San Francisco’s unwed mothers that she’s willing to hop on her bicycle and go door-to-door inviting women to fundraiser teas. She finds the competition for Daniel’s heart degrading, and she doesn’t mince words.

Gina:  Usually I begin first figuring out who my heroine is and then going from there. But with this story, it all hinged on the Bachelor. What type of man would agree to date twelve women at the same time? This isn’t a tv show. How do I make him empathize-able to a Christian woman who doesn’t watch (or more fittingly hates) the tv show? After much thought, I decided the easiest way was to make him a widower who loved his first wife and who realized his daughter needed a mother because he couldn’t meet the needs she had that only a mother can give. Duke Baker lived in a time-period where couples married because it made good business sense. Love wasn’t the prevailing motivation. His decision to participate is motivated by his love for his daughter.


4.    How did you choose your main character's perfect match?

Susie:  He tempers her exuberance, and she coaxes him out of his shell. He learns from her, as she does from him. And it doesn’t hurt that he’s had a crush on her since forever. Well, more than a crush. He admires her mind, her convictions, her faith. And the spark in her eyes.

Gina:  As an author, I had to take into consideration how could I plausibly have my hero fall in love with girl 13 while he is dating 1-12 . . . and accomplish it in 20,000 words. I decided Irie LaCroix would be the daughter of the housekeeper. This way Irie and Duke could somewhat have known each other for years. Irie fell in love with Duke when she was sixteen. That unreciprocated love lead to wounds which lead to poor decisions which lead to more wounds. Due to their social inequality, I needed a heroine who finally figured out she didn’t need a man to complete her, to give her purpose, to be the hero to her damsel in distress. She needed to be strong where he was weak.


5.    What was it like to work with the other authors who contributed to this collection?

Susie:  They were amazing. Everyone was supportive, gracious, and kind. Plus, I learned a lot about promotion from them. I am so blessed to have had this experience be my first as a published author.

Gina:  The working with them has been in the publicity/marketing aspect. I enjoy learning new ways to promote and connect with readers. I knew half of these authors prior to this collection. It’s been a delight getting to know the others. And I’m so proud of Susie. Love’s Reward is a delightful romance. She did such a clever job with her Bachelor premise.

Susie:  I just submitted a completed novella for Barbour’s The Cowboy’s Bride Collection, which will release in early 2016. Now that it’s done, I’m starting a new proposal I’m pretty excited about!

Gina:  I just finished my next Barbour novella. All’s Fair is in the Lassoed by Marriage Collection releasing spring 2016. At the same time Barbour put out a call for Most Eligible Bachelor stories, they asked for marriage of convenience ones. Confession here, I have never liked marriage of convenience stories, especially in the CBA. Usually they revolve around the idea to marry so they can accomplish _____ and then once that happens then they’ll get an annulment. Or they get married and decide not to have sex until they fall in love but the whole time the heroine is angsting about wifely duties and husband expectations. Or the husband is angsting.
I told my brainstorming partner I refused to submit a marriage of convenience idea. There was no way I could come up with an idea I’d even want to write. Well, Becca challenged me to give us 30 minutes to brainstorm. I literally set a 30 minute timer on my phone. Everyone of her suggestions I nixed. She said, “Is there any idea you like even just a little?” I liked the idea of two people marrying not for their benefit but to get their families out of jail.
All’s Fair is my Hatfields/McCoys meets Romeo/Juliet story.


7.    How do you work writing into your busy schedule?

Susie:  I am not good at balancing, but I’m working on it. I cook a lot of crockpot meals.

Gina:  I like to write during the week while my kids are at school. If I’m not on deadline, I tend to not do anything writing related after 4 p.m. Nothing on weekends.

Susie:  My mom is really allergic to cats, so I could never get too friendly with one when I was a kid. Even today, the choice around my house is a cat or grandma, and we chose grandma. Love’s Reward features a cat and a dog, however.


9.    What do you read for fun?
Susie:  I’m pretty eclectic. Inspy historical romance, of course. Research books. I also read YA, partly to know what my kids are reading, and partly because I like it, too.

Gina:  Non-fiction. I’m currently reading a 60-year anniversary book about Corvettes, a biography of Zora Duntov, and Beth Moore’s A Heart Like His.


10.    Where can we find  The Most Eligible Bachelor Romance Collection?

Susie & Gina:  It can be found at local Christian booksellers, as well as in Walmart. Or online.


Thank you both for telling us about your writing and yourselves. Sell a million! 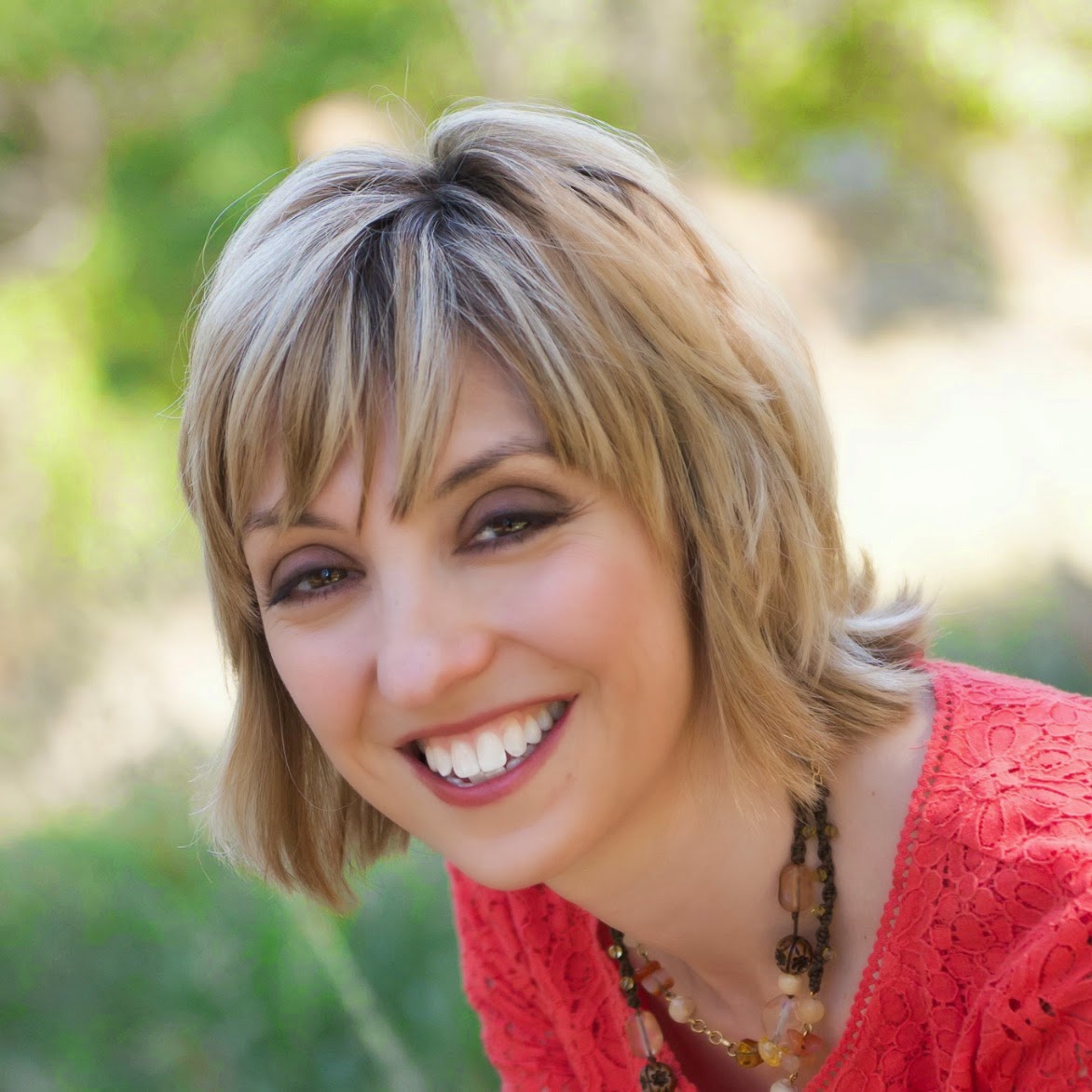 Susanne Dietze began writing love stories in high school, casting her friends in the starring roles. Today, she writes in the hope that her historical romances will encourage and entertain others. A pastor’s wife and mom of two, she loves fancy-schmancy tea parties, travel, and curling up on the couch with a costume drama and a plate of nachos. You can visit her on her website: www.susannedietze.com.


LOVE'S REWARD:
A rich man’s joke, offering a monetary reward for the capture of a shy architect’s heart—but the game is on for every female in town except a charity-minded miss who won’t compete for the bachelor’s affections. Just his bank account. 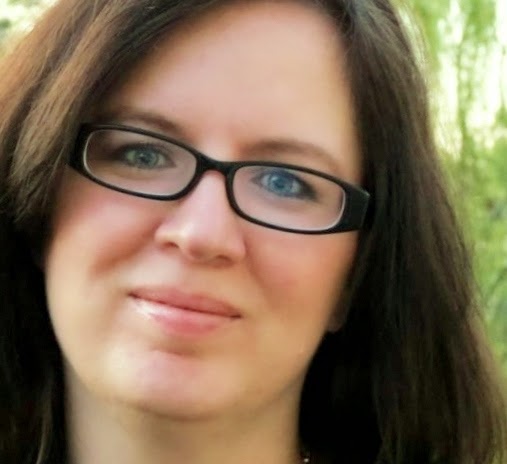 ABOUT GINA:
Gina Welborn worked in news radio until she fell in love with writing romances. Her manuscripts have finaled in the RWA Golden Heart, Daphne du Maurier, Duel on the Delta, Maggie, and ACFW Genesis. She is a past-president of RWA-FHL chapter and currently serves on the ACFW Foundation Board. She is also a 2014 Selah Contest finalist. A moderately obsessive fan of Community, Chopped, and Once Upon a Time, Gina lives in Cache, Oklahoma with her pastor husband, their five Okie-Hokie children, a boxer-lab, two rabbits, four guinea pigs, and a fancy Russian dwarf hamster named Tom Bob Deucalion. Visit Gina at her website:  www.ginawelborn.com

BAKER'S DOZEN:
Texas, 1910 – Twelve socialites vie to win the heart of widowed shipping baron Duke Baker, but his daughter scorns them, only spending time with the family cook. After four years of studying at Miss Farmer's School of Cookery, Irie LaCroix wants to open her own cooking school. Could she give up a dream for love?
Posted by DeAnna Julie Dodson at May 06, 2015