Last summer, James Garner passed away at the age of 86 from natural causes. He was one of those actors who captured your attention with his charm, wit, and air of accessibility. I remember watching every episode of The Rockford Files when I was an age that shall not be named. 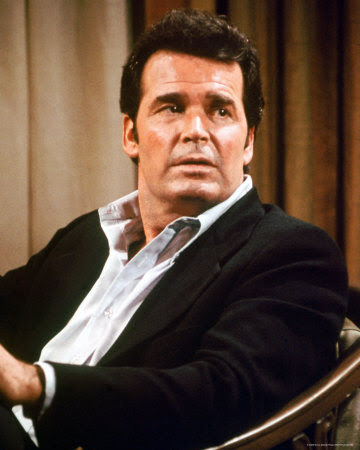 I was reading an article about him, and was impressed by how he got into acting. As it turns out, it was quite by accident. He was working as a gas station attendant in Los Angeles and met another young man, Paul Gregory. Paul was working as a soda jerk, but what he really wanted to do was become an agent. Years later - after serving in the army and earning two Purple Hearts in Korea - Garner was working for his father, laying carpet. One day he was driving down La Cienega Boulevard and saw a sign: Paul Gregory & Associates. At the same time, a car pulled out of a space in front of the building. On a whim, Garner pulled in and went to talk to his old friend., who ended up signing him. At the age of 25, he accidentally took his first step on the path to his future career.

Was it an accident? Was it fate? Was something greater at work that day? Garner wrote in his autobiography, "The only reason I'm an actor is that a lady pulled out of a parking spot in front of a producer's office."

I find it fascinating that, sometimes, it's not the big things that determine our destiny. It's not those things we scrape and claw and fight to make happen. It's the small, quiet, seemingly unimportant or accidental things that often shape who we are.

JENNIFER ALLEE was born in Hollywood, California, and spent her first ten years living above a mortuary one block away from the famous intersection of Hollywood & Vine. Now she lives in the grace-filled city of Las Vegas, which just goes to prove she’s been blessed with a unique life. When she’s not busy spinning tales, she enjoys playing games with friends, attending live theater and movies, and singing at the top of her lungs to whatever happens to be playing on the car radio. Although she’s thrilled to be living out her lifelong dream of being a novelist, she considers raising her son to be her greatest creative accomplishment. She's a member of American Christian Fiction Writers, Romance Writers of America, and Christian Authors Network. Her novels include The Pastor’s Wife, The Mother Road, A Wild Goose Chase Christmas, Last Family Standing, and Vinnie's Diner from Abingdon Press; Diamond in the Rough, Vanishing Act, and Curtain Call from Whitaker House and co-written with Lisa Karon Richardson; the novella Comfort and Joy in the Christmas anthology, Mistletoe Memories from Barbour; and A Worthy Suitor from Harlequin's Heartsong Presents.
Posted by Jennifer AlLee at May 13, 2015