When you start a new story, where to you begin? At the beginning, of course. But which one?


Everything starts somewhere, though many physicists disagree. But people have always been dimly aware of the problem with the start of things. They wonder how the snow plough driver gets to work, or how the makers of dictionaries look up the spelling of words. ~Terry Pratchett 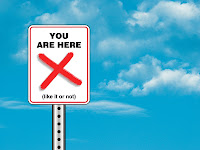 How do you know how far back to go? It can be one of the hardest choices an author has to make. It might go like this: The scene where John saves the woman’s cat from the burning building is full of hold-your-breath action, but if I don’t show the author how John lost his own cat in a fire when he was nine, they won’t understand his angst. And if I don’t show how the owner of the current cat lived next door to John all those years ago and accidentally set the fire, the reader won’t understand the potential conflict between the two. And if I don’t go further back… If you’re not careful, you’ll convince yourself that your contemporary suspense novel needs to start with a prologue showing the main character’s great-grandparents on a homestead in Oklahoma.

Generally, the best place to begin a story is with something interesting. That may seem like a ridiculously obvious statement, but it bears saying. Quite often, writers in the early stages of their careers choose to begin in places that make perfect sense to them but do nothing for the reader (or the editor they hope to impress). I’ve sat in on several editor panels and have heard this advice given over and over. Do not start your novel with:


Obviously, there are exceptions. My book, Vinnie’s Diner, starts with a woman driving, but by the third page, she’s in a car accident that sets up the entire plot of the book. Let’s look at the openings of a few popular novels.


There are some men who enter a woman’s life and screw it up forever. Joseph Morelli did this to me – not forever, but periodically.  One for the Money, Janet Evanovich

Why does it work? Immediately, we can feel the tone of the book. The main character’s voice is distinct. And, we want to know what it is about this Morelli that makes him worth the trouble, more than once.


It was raining the night he found me. Demon: A Memoir, Tosca Lee

Why does it work? There is a sense of foreboding in this line. We know the main character is in for something unexpected (because he was found) and it’s probably not going to be pleasant.


By the time you read this, I hope to be dead. 19 Minutes, Jodi Picoult

Why does it work? How can you not want to know more about the person who wrote that line? This book is not written entirely in first person POV. It changes to multiple, third-person, past tense POVs. But that first line stays with you as you read. One of the characters has a secret so big, they hope to be dead before anyone finds out. Which one?

Don’t give up hope if you’ve already started a story with one of the “don’t”s in the list. Keep writing! Don’t stop! But when you’ve finished, go back and think about the best way to invite the reader into the world you’ve created and how to hook him so he can’t stop reading. Quite often, you won’t know that for sure until you get to the end.

Speaking of the end…


There is no real ending. It’s just the place where you stop the story. ~Frank Herbert

Endings have their own unique challenges. Depending on the genre, there are rules for what needs to be there.


Because I don’t want to accidentally give away the ending to a book you might want to read, I’m only using one example, from an older book. Even if you’ve never read it, you probably already know how it ends.


“I’ll think of it all tomorrow, at Tara. I can stand it then. Tomorrow, I’ll think of some way to get him back. After all, tomorrow is another day.” Gone With the Wind, Margaret Mitchell

Why does it work? This is one of those endings that a lot of readers dislike. It hangs there, leaving so much unanswered. But at the same time, it tells you everything you need to know. Throughout the entire book, Scarlett has faced one crisis after another, and every time she finds a way to get through it. Quite often, it’s by doing something questionable, but she survives. By going back to Tara, she’s reconnecting with the thing that grounds her and gives her strength. Rhett is a strong man, and he’s been terribly hurt, but is there really any doubt that Scarlett will win him back?

Think back to some of your favorite books. In fact, go to your bookcase (I know you have at least one) and take three or four of them off the shelves. Read the openings and endings. Why do they work? Is there anything you’d change about them? How can you apply it to your own writing?

So many ways to begin, so many ways to end. Only you will know when it feels right, and even then, someone may tell you it’s wrong. Be open to advice, but when all is said and done, you are the one who’s responsible for the story you tell. The choice is yours.

JENNIFER ALLEE was born in Hollywood, California, and spent her first ten years living above a mortuary one block away from the famous intersection of Hollywood & Vine. Now she lives in the grace-filled city of Las Vegas, which just goes to prove she’s been blessed with a unique life. When she’s not busy spinning tales, she enjoys playing games with friends, attending live theater and movies, and singing at the top of her lungs to whatever happens to be playing on the car radio. Although she’s thrilled to be living out her lifelong dream of being a novelist, she considers raising her son to be her greatest creative accomplishment. She's a member of American Christian Fiction Writers, Romance Writers of America, and Christian Authors Network. Her novels include The Pastor’s Wife, The Mother Road, A Wild Goose Chase Christmas, Last Family Standing, and Vinnie's Diner from Abingdon Press; Diamond in the Rough, Vanishing Act, and Curtain Call from Whitaker House and co-written with Lisa Karon Richardson; the novella Comfort and Joy in the Christmas anthology, Mistletoe Memories from Barbour; and A Worthy Suitor from Harlequin's Heartsong Presents.
Posted by Jennifer AlLee at May 11, 2016