I’ve been writing seriously for more years than we need to count. I learned a lot during that time, most of it by running into brick walls and experiencing many metaphorical bloody noses. It’s the kind of stuff I wish I’d known ahead of time, which is why I’d like to share some of it with you, in no particular order. 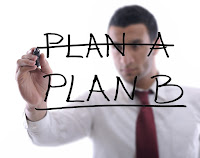 Being an author is not just about writing a wonderful, enthralling novel. The professional writer must also be able to endure the pain of rejection when the publisher of her dreams says, “That's all wrong for us.” She must remain humble on that glorious day, often years later, when the book finally does sell. She must be able to don the multiple hats of writer, speaker, salesperson, marketing expert, and cheerleader, even if she’s really not a hat person. And she must do all this while juggling a personal life.

2.  The writing life is full of fabulous surprises.


There have been times when I stared at a blank screen, praying for the words to come, and they did. Other times a character would behave in a way I hadn’t planned, taking the story in a new direction. Those are some of my favorite writing moments, because that’s when I know I've got help writing the story.

3.  Your first draft shouldn’t be perfect.


Back in the beginning, I agonized over each page of my first draft. It took months to write the first few chapters because I’d go over and over them, tweaking and fixing, searching for just the right word or metaphor. Then I heard the advice that set me free: Just get the first draft done, or else you’ll have nothing to edit. It was like the shackles fell off my wrists. I get it now. I don’t have to be perfect out of the gate. After the first draft is done, then I get to edit and polish. I've found that using this approach has not only helped me write faster, it's also allowed me to find my voice.


Boy, do I wish I’d grasped this concept early on. For some reason, I thought I had to wait for my first book to sell before I could start working on a new one. Like it would be wasted time if I didn’t have a confirmed sale on my tally sheet. Not true! The best thing to do after finishing one project is to begin another. I know an author who sold an amazing seven manuscripts within a two week period. She was able to do this because over the years, as she worked toward publication, she wrote consistently. When she finally had two publishers express interest, she had an inventory of work for them to choose from.

5.  You’ll never learn everything…. But that doesn’t mean you shouldn’t try.


Very early in my writing career, an editor suggested I'd benefit from taking some writing classes. I was highly offended, believing that writing classes were for people who didn’t know how to write and I, after all, had been born with that gift. I hang my head in shame now thinking of the arrogant little pipsqueak I was. If I’d taken that advice, I might have seen my first novel published in my twenties rather than my forties. It’s amazing how many people believe the ability to write is something you’re born with, like brown eyes or red hair. It’s a common belief that writing can’t be taught. Actually, I think it’s more likely that storytelling ability can’t be taught, but even that’s up for discussion. When it comes to the craft and mechanics of writing a crazy-good story, that absolutely can be taught. A writer should always be evolving, growing, refining, and improving his craft. Instructional books, seminars, conferences, and critique groups are great sources of building up writing muscles. No matter how long a person has been writing or how many books he’s had published, there’s always more to learn.


We all have our own reasons for getting into the writing biz. I've chosen it as my career, so making money is part of it (the part I'm still building up). First and foremost, I want to entertain people. Second, I hope people feel better after they finish reading one of my novels than they did before. When I get letters or emails from readers telling me how a certain part of my book touched them, then I've succeeded. Writing is hard but it's also incredible. There’s no job I’d rather have.

JENNIFER ALLEE was born in Hollywood, California, and spent her first ten years living above a mortuary one block away from the famous intersection of Hollywood & Vine. Now she lives in the grace-filled city of Las Vegas, which just goes to prove she’s been blessed with a unique life. When she’s not busy spinning tales, she enjoys playing games with friends, attending live theater and movies, and singing at the top of her lungs to whatever happens to be playing on the car radio. Although she’s thrilled to be living out her lifelong dream of being a novelist, she considers raising her son to be her greatest creative accomplishment. To find out more about her novels, visit her website at http://www.jenniferallee.com
Posted by Jennifer AlLee at September 14, 2016