Edwardian-era New York City was a study in contrasts. Recently arrived immigrants from southern and eastern Europe packed into tiny tenements only miles from the mansions of the rich industrialists who employed them in their factories. The same ocean liners that transported the “huddle masses” eager to find a new life in America also carried Europe’s impoverished aristocracy, eager to marry their sons to the daughters of America’s high society. Ward McAllister dubbed these well-heeled and well-connected the “Four Hundred,” the most important people in America. The number was supposedly based the capacity of Caroline Astor’s Newport mansion ballroom. 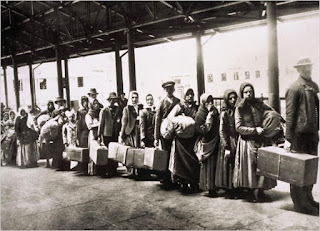 On the surface, William Sidney Porter would seem to have had a fair amount in common with Ward McAllister. Both sons of the South—McAllister was the child of a George judge while Porter’s father was a North Carolina doctor—married heiresses. However, their lives took very different paths. McAllister followed his father into law, made his fortune in California, and returned to the East to live a life of wealth and ease.

Porter, however, took longer to find his place in the world. His first job was in his uncle’s drugstore, where he eventually became a pharmacist. However, after a move to Texas, he tried a number of jobs, including ranch hand, bank teller, and journalist. His sloppy bookkeeping during his years at the bank led to an embezzlement charge. William skipped bail and traveled to Honduras (where he coined the term “banana republic” to describe Central American countries with unstable governments). But his wife’s impending death from tuberculosis drew him back to America, and he turned himself in. He served three years of his five-year sentence before being released early for good behavior.

It was during his prison years that he began to write under various pen names to keep his identity as a convicted felon a secret. After his release, he continued to find success as a writer of short stories, and he eventually moved to New York City. His stories focused on ordinary Americans and became known for their “twist” endings. His most enduring work is a Christmas story that appeared in a collection called The Four Million. The title is a play on McAllister’s “Four Hundred.” The population of New York City at that time was approximately four million, and Porter—who had become better known by his pen name O. Henry—chose the name to show he considered every one of them as important as the famous “Four Hundred.”

You are probably familiar with O. Henry’s “The Gift of the Magi” about an impoverished young couple who sacrifice their most valuable possessions for each other. It’s in the public domain, so give it another read to celebrate the season. Or watch one of the classic versions available on Youtube.

Then enjoy a couple of spoofs on this timeless holiday story.

From Studio C, what would happen if a modern couple faced the same situation as Jim and Della?

A couple people added some acting to the Adventures in Odyssey radio version known as Gifts for Madge and Guy. Here's the last scene: