There's a great scene in My Fair Lady where Eliza Doolittle loses it. For days, Henry Higgins has bombarded her with words, now Freddy is talking about his feelings instead of showing her, and she can't take it anymore. She bursts into song: "Words, words, words! I'm so sick of words!"

I know I'm not the only writer who identifies with Eliza. Some days, there are just too many words. Especially when we're told that some words are just WRONG and we should never, ever use them! And, no, I'm not talking about swear words. 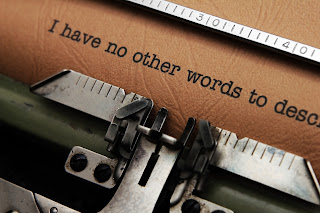 There are word lists floating around. Lists that are supposed to be helpful resources for writers. Personally, I would love to see them disappear. They have titles like:


You get the idea. Writers, especially in the early stages of their journey, are taught to avoid certain words. They are drilled to avoid passive writing (hence not using the word "was"). I'm sure all these lists were made with the best of intentions, but the result can be similar to a person who wants to add variety to her writing, so she uses a thesaurus to replace common words with words she'd never use in day-to-day conversation.

Another result is awkward writing. I once judged a contest entry in which the author must have been traumatized by the threat of disaster if she used "was." The poor dear did every literary contortion imaginable to avoid it, including just plain leaving it out, creating sentences like, "The dog not happy about the cat."

Other lists end up confusing new writers. It's drilled into us that the word "said" as a dialogue tag is almost invisible. It's okay to replace it with "asked" for a question, but anything else is intrusive. So what about the list of words to use in place of "said"? We're told to avoid purple prose, yet the lists give us hundreds of words that can replace "good," "amazing," "very," and on and on.

My biggest peeve, though, is with the list of Weasel Words. These are words that find their way into your writing too often and weaken it (or so they say). I've seen these handed out in writer's classes with the admonition to NEVER use them. What are the words? Here are a few:
Obviously, you can't write a book using none of those words. And yes, there are times when we have pet words that pop up far too often. "Just" is one of mine. But not one of those words is bad. In my opinion, there's a time and place for every word. When we start slashing them just because they're on a list, we lose some of our individuality.

Please note, the viewpoint expressed by the author (Jen) is hers alone and does not necessarily reflect the views of any or all of the Inkies. Take it with a grain of salt and a smile, then go forth and write using the tools (or avoiding the tools) that are the best for you.

JENNIFER ALLEE was born in Hollywood, California, and spent her first ten years living above a mortuary one block away from the famous intersection of Hollywood and Vine. Now she lives in the grace-filled city of Las Vegas, which just goes to prove she’s been blessed with a unique life. When she’s not busy spinning tales, she enjoys playing games with friends, attending live theater and movies, and singing at the top of her lungs to whatever happens to be playing on the car radio. Although she’s thrilled to be living out her lifelong dream of being a novelist, she considers raising her son to be her greatest creative accomplishment. To find out more about her novels, visit her website at http://www.jenniferallee.com
Posted by Jennifer AlLee at January 11, 2017