AN UNFAMILIAR DUKE by Sian Ann Bessey, Reviewed by Winnie and Paula #ReleaseDay 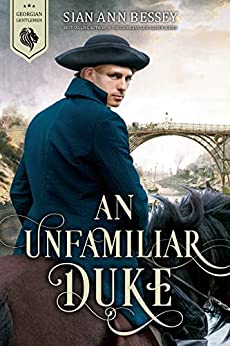 WINNIE'S REVIEW:
Sian Ann Bessey has quickly become one of my favorite authors for historical romance. Not only is her writing beautifully crafted and impeccably researched, but her settings are richly painted, and she is a master at creating multi-layered, colorful, and engaging characters.

I adored getting to know the characters in this book. Rosalind Ainsworth is a plucky young lady who is committed to an arranged marriage with Sebastian Lumley, Duke of Kelbrook, a person she has despised since she met him when she was eleven years old. Sebastian is a somewhat distractible hero who enjoys helping others with their inventions but gets so involved in his work that he forgets about time. I enjoyed the interaction between these two characters as they got to know one another. When Sebastian’s secretive work becomes dangerous, can they work together to protect it and themselves?

An Unfamiliar Duke is Book 4 in Bessey’s Georgian Gentlemen series, and it is packed with adventure, atmosphere, and intrigue, with a big dash of romance. Although it is part of a series, it is a stand alone book. I’m looking forward to more books from this talented author.
I voluntarily reviewed a complimentary copy from Covenant Communications through Interviews and Reviews. All opinions are my own. 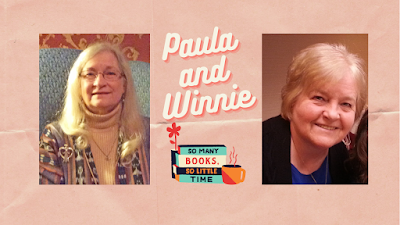 PAULA'S REVIEW:
A new-to-me author that I am glad I found. This time period, Georgian England, is a bit different than my usual read, but none the less it was very enjoyable.

Childhood neighbors, Sebastian and Rosalind, are betrothed by their fathers. After ten years, they meet again just weeks before the appointed wedding. What they remember from their youth changes with the reality they are confronted with.

They wed and then get to know each other. Sebastian is not the typical Duke. He takes his responsibilities seriously. He is more interested in inventions and keeping his workshop locked than being seen in society. While somewhat of a recluse, he is very concerned with his staff and his tenants. Rosalind is not the society diva that her husband suspects but is warmhearted and likewise concerned with all classes of people.

The author brings her characters to life with the flavor of the era. She adds a dash of suspense and danger and wraps it up in a blossoming romance between a married couple!

I would classify this as a clean read.
*I won this book from the author in a Facebook contest. All opinions are my own.*Four stars

BackCover Blurb:
At eleven years of age, Rosalind Ainsworth was convinced that Sebastian Lumley, the future Duke of Kelbrook, was the most odious young man she’d ever met. And ten years later, after having had no contact with the nobleman in the intervening time, her opinion of him has not changed. Unfortunately, neither has the marriage contract their fathers signed soon after her birth.

As Rosalind’s twenty-first birthday and the appointed wedding day approaches, Sebastian makes a rare appearance in London. His first meeting with Rosalind since childhood goes less than perfectly, but Sebastian has a compelling reason for honoring their marriage contract—a reason outlined in a document kept behind his workshop’s locked door.

After a quick wedding, the new couple relocates to Finley Park, where their acquaintanceship slowly blossoms into affection. But when Sebastian’s secretive work threatens their fledgling relationship and Rosalind’s life is placed in jeopardy, Sebastian finds himself forced to choose between the man he has pledged to help and the woman he has come to love.

Covenant Communications, May 16, 2021
Available in digital ebook, paperback, and audiobook:
Buy AN UNFAMILIAR DUKE at Amazon