When the Wound Doesn't Heal


Your wound is as deep as the sea. Who can heal you? Lamentations 2:13
These words strike a chord in me. Perhaps, like me, you’ve been injured, and no matter how long ago the wound blossomed in your heart, mind or body, no matter how hard you’ve tried to get over it, it seems that healing is impossible. Sometimes I’ve thought that my wound is tattooed into the flesh of my heart, a permanent part of my fabric.
The Bible tells us of a woman who also harbored a deep wound. She sought help from every source the world offered, to no avail. We never learn her name, but the day that she decided to reach out to Jesus for healing is recorded in Mark’s Gospel.
And a woman was there who had been subject to bleeding for twelve years. She had suffered a great deal under the care of many doctors and had spent all she had, yet instead of getting better she grew worse. When she heard about Jesus, she came up behind him in the crowd and touched his cloak, because she thought, “If I just touch his clothes, I will be healed.” Immediately her bleeding stopped and she felt in her body that she was freed from her suffering. Mark 5:25-29

In his Devotional, Woman, Thou Art Loosed!, TD Jakes phrases it like this: “This woman’s problem was that her issue of blood had lasted too long. She is a woman who had a problem that lingered. It didn’t go away. It stayed around, and then stayed on and stayed on. Have you ever had a problem that lasted too long?” (183)
I like the translation “issue of blood,” because one thing I’ve learned in my years in Christian fellowship is that almost everybody has an issue. I don’t mean an inconvenience, a trifle or frustration, but a wound that resists healing. No matter how “together” somebody appears on the outside, there’s probably an issue draining life from them. It could be physical, but not necessarily. Abuse, addiction, depression, infertility, unemployment, unforgiveness, grief, heartache, a wayward child, broken relationships . . . the list of issues is endless. Some are obvious, and others are easier to hide. If you don’t suffer from one of them, chances are excellent that the people in the pews around you each Sunday suffer as surely as the woman did in Mark’s Gospel.
And she truly did suffer. Physically, she perhaps experienced anemia, fatigue, and the inability to have children. Her issue also brought along emotional and spiritual baggage. Under Jewish law, she would have been considered unclean, and as contact with her would have rendered anyone who touched her ceremonially unclean (Leviticus 15:25-30), she was socially shunned. She couldn’t touch a man, especially a rabbi.
Yet that’s exactly what she did. She took a risk and reached out to Jesus.
At once Jesus realized that the power had gone out from him. He turned around in the crowd and asked, “Who touched my clothes?”
“You see the people crowding against you,” his disciples answered, “and yet you can ask, ‘Who touched me?’”
But Jesus kept looking around to see who had done it. Then the woman, knowing what had happened to her, came and fell at his feet and, trembling with fear, told him the whole truth. He said to her, “Daughter, your faith has healed you. Go in peace and be freed from your suffering.” Mark 5:31-35
I can only guess why the woman tried to disappear into the crowd. Perhaps she feared Jesus would be angry at her because she had been sneaky and broken rules to get to Him. Perhaps she didn’t feel that she deserved healing. Sometimes, I admit, I harbor thoughts like this, that God doesn’t want to heal me because some of my issues are of my own making. Or that He will be angry at me for not being able to handle a problem myself. In fact, the truth is just the opposite! God wants us to come to Him with all of our problems, big and small, whether they befall us or they’re the result of our own sinfulness.
Jesus sought her, not because He was angry, but to assure her that she was permanently healed, physically and spiritually. He wanted to commend her for her faith in reaching out to Him!
TD Jakes continues, “The woman with the issue of blood faced two major challenges. One was the challenge of confronting her own self-doubt, Can a woman like me touch a God like Him? The answer is always ‘yes.’ The second challenge she faced was getting through the crowd . . . .Our part is to press.” (199-200)
No matter the issue; whether it’s your fault, someone else’s or no one’s; regardless of whether the world knows your battle or your wound is a tightly-kept secret, God wants you to come to Him. The same love and healing that He gave to another woman two thousand years ago is offered to you and me. 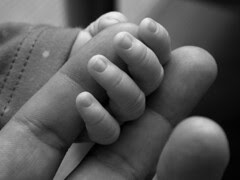 Image by Chiceaux via Flickr
I cannot guarantee that He will heal you exactly the same way He healed the woman. Sometimes God heals us differently than we want or expect because He has a deeper healing or different purpose in His will. My mom has lost three of her closest friends to cancer, and I know all too well that sometimes, God’s healing is made perfect in eternity, not in the now. Sometimes we don't seek healing because it requires change on our parts and we don't want to take the necessary steps to achieve wholeness. When Jesus encounted an invalid at the pool (John 5:6-9), He asks, "Do you want to get well?" The invalid hadn't asked for healing, after all, and while he wanted to get into the pool, there's a sense that he'd lost the will to get better. He'd adjusted to 38 years of his condition. Healing would have meant change, an end to his begging career and the beginning of a new life.
God understands our fears, our longings and our questions. He understood the woman with the issue of blood; He understood the invalid. He understands us. He is trustworthy and loving.
“He heals the brokenhearted, and binds up their wounds” (Ps 147:3). It is He who “forgives all your sins and heals all your diseases, who redeems your life from the pit and crowns you with love and compassion” (Ps 103:3).
The One who heals wounds which are as deep as the sea is here and waiting for us to give Him our issues. He’s passing by. Reach out and grasp hold of his cloak. Take your issue to Jesus.

Gaila Graphics (http://www.gailagraphics.com/) has donated a 4-pack of notecards for today's giveaway. Each card features a different floral photo. The notecards are similar to the pack pictured here, but feature orchid sprays (ribbon not included!). If you would like to be entered into the drawing for the notecards (and also for the grand prize giveaway November 1), please leave your email address in the comment section (name at address dot com, to protect yourself from spammers). A name will be chosen Sept. 30, 9 pm Pacific Time.