The Myth of Writing Everyday

by Dina Sleiman
For those of you who aren’t authors, November is in known in the writing community as “Nanowrimo,” or National Novel Writing Month. Writers traditionally use this time to focus purely on writing and try to finish a book in a month. This is my first year to participate. I wasn’t sure how I would feel about it, but it’s working great with my writing style. 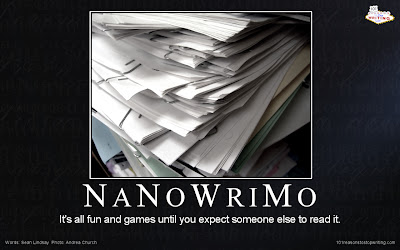 You see, there’s another tradition in the writer’s world. Writers must write everyday. No matter what. Many instructors will tell you this is the only way to be successful. I say—hogwash!
While I do spend time everyday working on something writing related: editing, critiques, reviews, blogs, marketing, promotion, networking, (don’t worry, there’s plenty to keep me busy) I never just sit around staring at an empty, white computer screen. It would be a complete waste of time for me to write 200 or even 500 words a day as many insist that you should, because it usually takes me an hour or two to get in the right frame of mind to write.
In my definition, writer’s block is what happens when you try to write without inspiration, which I won’t even attempt. I love it when a story is boiling inside of me until it erupts like a volcano and comes flowing out. When I write in that magical flow, I can easily pound out 10,000 in a day given no distractions. And speaking of distractions, I don’t even notice them in that marvelous zone. Hours later I’ll realize it’s dark outside and check to see if all my kids are alive and the house still standing.
Probably the best thing about writing in big, inspired spurts is that the book comes out with a tight sense of unity. You’re less likely to mess up characterization or motivation if you stay in the flow of the story. The voice, rhythms, and details will remain consistent.
When I wrote my first novel, I was still homeschooling my kids. I wrote in big spurts on weekends or getaways until it was done a year later. For my second novel my kids were in public school. I wrote about 30,000 words in the fall, then the other 60,000 in a big spurt in the spring. Since then, I’ve found I have about three sprees a year. Fall, early winter, and late spring. I've utilized these spurts for major rewrites and the beginning of sequels during the last year.
Between the spurts I relax, catch up, spend time with the family, and refill. During those spaces I do the normal living required to find new inspiration. I’m sure I at least write an email everyday. Maybe a blog post, but I don’t worry about new novels.
In fact, I haven’t worked on entirely new project in a while. And I hadn’t written a book in 2011. So with NaNoWriMo approaching, I decided to pray for a new idea. God sent one in the form of a title in late October. That was all the inspiration it took to spark my creative juices. This will be my first time writing an entire novel in one spurt, but I’m enjoying the ride for sure.
In addition to the unity I expected, I’ve also found this method saves a lot of time. I don’t have to go back and check things that I’ve forgotten. And while I’ve started plotting ahead of time with most of my books, for this experience I’ve been able to let the characters tell me the story and just write it down as it unfolds in my mind without worrying if the plot will come back to me at a later date.
I’m sure there must be some merit to writing everyday (although I can’t say I really understand what it is). Maybe it works better for more methodical left brain type thinkers. But for me it would be like Chinese water torture. And I submit for the record that I think writing in big spurts with breaks in between to refresh and relax is much more productive.

At least for some of us.

Dina Sleiman writes lyrical stories that dance with light. Most of the time you will find this Virginia Beach resident reading, biking, dancing, or hanging out with her husband and three children, preferably at the oceanfront. Since finishing her Professional Writing MA in 1994, she has enjoyed many opportunities to teach literature, writing, and the arts. She was the Overall Winner in the 2009 Touched by Love contest for unpublished authors. Her first novel, Dance of the Dandelion with Whitefire Publishing has just released. She has recently become an acquisitions editor for WhiteFire as well. Join her as she discovers the unforced rhythms of grace. For more info visit her at http://dinasleiman.com/
Posted by Dina Sleiman at November 09, 2011