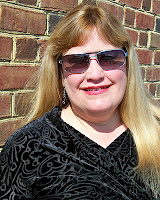 Prizes in pudding and wassailing, mummers and mistletoe, Yule logs and all those other lovely traditions we associate with Christmas in England were, alas, not so common in the Regency era. Perhaps twenty years of war or the fright of the French Revolution dimmed the excesses of prior Christmas celebrations through the first decade and a half of the nineteenth century. We don’t really know. Shockingly little is written about Christmas at this time, which leads us to the conclusion that it wasn’t that important amongst the literate classes. What is available, however, leads us to the conclusion that the holiday did not slip by unnoticed and pockets of folk drew upon tradition.
As those drawn to the Regency era are wont to do for research, we shall call upon Miss Austen for a little information. She writes to her beloved sister Cassandra at the season and wishes her a “merry Christmas”. Yes, “merry”, not “happy” as we are used to the British saying nowadays.
But back to Miss Austen. . .
She does not seem to mind that she and Cassandra are apart at the holiday. She is, however, invited to someone’s house to dine. She isn’t going to go, but then changes her mind and does attend. The weather improved.
In Persuasion, she writes of the holiday importance in one family being the return of the schoolboys and mentions the girls cutting out gold paper and silk. The former suggests that schools and families expected their children to have a break from academia during this time of year. The cutting out of fancy paper implies some sort of decorations; therefore, we can conclude that Christmas was celebrated if not in the riotous means of the Middle Ages and well into the eighteenth century. One character, however, thinks the huge fire and groaning board with those schoolboys running about and snatching at the cold pies and so forth, is a reason not to call at that particular house during the holiday.
Other parts of the country enjoyed a more traditional Christmas. Yes, our own Washington Irving of “Rip Van Winkle” fame, who spent seventeen years in England from the late Regency era on, wrote nostalgically about Christmas at a country squire’s home in 1820. The way in which he extols and elaborates upon, perhaps exaggerates upon,  the old ways leads us to think he is pushing for a return to the former excesses of Christmas and the rise of yuletide traditions as we now know them with the tree and Christmas crackers made popular during the Victorian age, and beyond. From some other resources I have discovered, too many to even summarize further here, I believe that this squire of Irving’s  Christmas was not altogether uncommon in the country.

These traditions included holly and mistletoe hung around the hall and even in the servants’ quarters. Kissing beneath the mistletoe was most definitely indulged in. With each kiss given beneath this once sacred bough, a berry was plucked, so if you wanted to get kissed, you had to get your position set early, for when the berries were gone, the kissing stopped.
(In contemporary parlance, I had here: “Yeah, right. Sure it did.”)
Mincemeat was made, not a fare I like much myself, and beef roasted, a tradition my family with its English roots still follows. Everyone ate around the holidays. The lords and ladies, gentlemen and mistresses of the manors ensured that the poor received soups and mince and other treats. Servants, of course, got their boxes on December 26. These usually included cloth for making clothes, soap, a few coins, perhaps some sweets.
But back to Christmas. Feasting with neighbors was common, and we mustn’t leave out the Yule log brought in on Christmas Even and lit from a brand saved from the previous year’s log. This fire was not to go out throughout the twelve days of Christmas. Imagine the size of the log and the hearth on which it must have to burn; therefore, few homes would have a Yule log even in the country.
The tree came to England with the latter Hanoverian connections, as it was a tradition in the German states; however, it was not common until further into the 19th century than the Regency.
Christmas puddings, where celebrated, were mixed by the whole family by tradition, and into the batter went trinkets. These varied and each held significance—a ring meant the recipient in his or her slice would marry. A sixpence meant prosperity. A crown made that person king or queen of the revels. I often wonder how much the recipients of these trinkets were manipulated and once wrote a short story to this point. I think slipping the trinket in while the pieces were being sliced would not be too difficult. But maybe they left it to chance. Much more fun that way.
Interestingly, gift-giving doesn’t seem to be a large part of the Christmas tradition either in the Regency or before. The gifts seemed to go out to the poor, the servants, and, of course, we must not forget the carolers. They and mummers were usually invited in for hot beverages—cider, punch, wassail, etc.—and food and coins distributed.
Church going proved a huge part of the season with services on Christmas Eve and morning. Epiphany was a sacred day, too, with some gift-giving and services and more feasting, often greater feasting than on Christmas Day.
My conclusions on reading up on Regency Christmases, as I may include that in my third Regency for Revell, tells me that, although Christmases were far quieter than they had been in the past, celebrations continued with a blend of the sacred and pagan, as they had been celebrated in England for centuries.
What Christmas traditions do you all celebrate? Do you miss any that are no longer practiced? What ones would you like to begin to undertake?
Below is a Christmas recipe that sounds like the forerunner of the fruit cake to me.
Twelfth Cakes. (eaten on Epiphany)
Take seven pounds of flour, make a cavity in the center, set a sponge with a gill and a half of yest and a little warm milk ; then put round it one pound of fresh butter broke into small lumps, one pound and a quarter of sifted sugar, four pounds and a half of currants washed and picked, half an ounce of sifted cinnamon, a quarter of an ounce of pounded cloves, mace, and nutmeg mixed, sliced candied orange or lemon peel and citron.
~~~~~~~~~~~~~~~~~~~~~~~~~~~~~~~

Award-winning author Laurie Alice Eakes wanted to be a writer since knowing what one was. Her first book won the National Readers Choice Award in 2007, and her third book was a Carol Award finalist in 2010. Having her first book with Baker/Revell, Lady in the Mist, picked up by Crossings Book Club, and six of her books  have been chosen for large print editions by Thorndike Press. She has been a public speaker for as long as she can remember; thus, only suffers enough stage fright to keep her sharp. In 2002, while in graduate school for writing fiction, she began to teach fiction in person and online. She lives in Texas with her husband, two dogs, and cats she hopes will  arrive soon.
You can find more about her and her books at her web site:
http://www.lauriealiceeakes.com
Posted by Dina Sleiman at December 06, 2011