Then He Smiled at Me…

A dark, hushed landscape lit only by the stars; majestic visitors from afar bringing gifts; a small boy invited to come along and pay honor to the baby king. He longs to go, longs to join in and be a part of the hushed reverence. But he is merely a poor boy with nothing to give. How can he possibly go?

When he arrives at the stable, where glorious gifts are presented to the baby king, he humbly offers the only thing he has – his gift of music. He plays his drum. He puts his whole heart and soul into it. He gives it his all.

Can you imagine how that little boy felt, aching to offer something of worth? He felt himself unworthy, and yet he gave his best. And he was smiled upon.

When I was a child, The Little Drummer Boy was my favorite Christmas song. I could never get enough of it. I played it on my record player over and over until I’m sure my parents were sick of it. But I never grew tired of hearing it. I still don’t. There are Christmas songs I get tired of now, but never this one.

The final lines of the song…
I played my best for Him...
Followed by a beat of silence, and...
Then He smiled at me...
When I was little, listening repeatedly, those last final lines with that moment of silence in between always brought a tear to my eye.

The thought of doing something so heartfelt that the sweet baby Jesus would smile at me, filled me with wonder and awe.

As an adult, it still brings a tear to my eye – but for an entirely different reason.

Too often, I let myself get caught up in the trap of everyday chaos and focus more on the things I have to do, rather than contemplating how I'm going to do them. By that, I don't mean, "Oh how am I ever going to get all of this done today?" Instead, I mean the attitude with which I do them. I want to have the same from-the-heart attitude as the little drummer boy. I want to be filled with child-like awe and a desire to do my best for Him. Whatever I’m doing, every time.

Can you picture Jesus smiling down at you because whatever you did, you did it for Him?

For this coming year, my goal will be to work on this attitude. To help motivate me, I'm going to put little notes on my computer at work and home, on my mirror and refrigerator door. I think I should also put one on the television remote control. (That involves another goal for the coming year...)

What will it say? 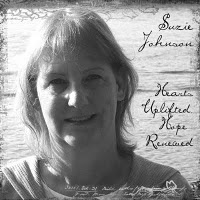 Suzie Johnson has won several awards for her inspirational novels (writing as Susan Diane Johnson), including the Maggie, Lone Star, Heart of the West, and Beacon awards, as well as finaling in the Touched by Love, Finally A Bride, Linda Howard Award for Excellence, and Virginia's Fool For Love contests. She is a member of ACFW, RWA, and is a cancer registrar at her local hospital. The mother of a wonderful young man who makes her proud every day, she lives with her husband and naughty little cat on an island in the Pacific Northwest. And although the beaches are rocky instead of sandy, lined with Madronas and Evergreens instead of Palm trees, and the surf is much too cold for wading, it is still the perfect spot for writing romantic fiction.
Star picture courtesy of http://www.sxc.hu/
Nativity picture courtesy of http://www.watton.org/clipart/cliparttextlinks.shtml
Posted by Suzie Johnson at December 29, 2011