When was the last time you said "no"? And I don't mean to the dog or your kids.

My grandson will be 2 at the end of April and he has just learned the awesome power of the word "no." Even as a toddler, he's figured out that "no" is one way to take command over his circumstances and situations. Granted, he says "no" to everything right now, and that's out of order, but we can get out of order on the other side as well.

Somewhere in my Christian walk, I got sucked in to the trap of saying "yes" to every favor, every opportunity, every need, in order to "prove myself faithful" and show a "spirit of excellence" and to be a "good servant." At least, that's what I told myself I was doing. What I was really doing was attempting to please other people, make a platform for myself, and prove myself worthy of love.

Needless to say, burnout ensued. I would say "yes" to things for the wrong reasons and then experience dread and resentment instead of the peace and satisfaction that come from following the leading of the Lord.

This year I've made a commitment to myself and to the Holy Spirit to "just say no" to things I don't want to do. Wow. I just heard a sacred cow fall over in a religious pasture somewhere. We can DO that? Yep. In fact, I believe we must do that in order to guard the gifts God has given us.

In Exodus, Moses was so busy taking care of the disputes between all the Hebrews, he was at risk of burnout. He received some words of wisdom from his father-in-law, Jethro.

"Moses' father-in-law replied, "What you are doing is not good. You and these people who come to you will only wear yourselves out. The work is too heavy for you; you cannot handle it alone."
Ex 18:17-19 NIV

Jethro's first words are important to remember. It's not that the work Moses was doing wasn't good, it was the way he was going about it that wasn't good.


I'm not talking about refusing to do the laundry, or pay the bills, or go to work. I'm talking about saying no to those things that drain our spiritual and emotional reserves and leave us weak and worn down. I had to say no to something this month and saying "no" was far more difficult than saying "yes." But once I said it, I was amazed by the soul-peace and freedom I felt. Instead of being choked by dread and hating the task for the duration, I just said "no" and that was the end of it. Fortunately, it was a work-related task, so I didn't have the additional pressure of other Christians trying to convince me that taking the assignment was, most definitely, God's will for me, in spite of what I was "hearing" in my own spirit.

Mary and Martha are perfect examples of this vicious circle. Martha, overwhelmed by her own need to accomplish things and do stuff and make everything perfect for Jesus, eventually turned her animosity on her sister, Mary, who wasn't compelled by guilt and obligation and worry. Jesus had to correct dear Miss Martha's motivation for all her activity, and for attempting to intimidate and manipulate her sister into taking on more than Mary wanted (or needed) to do.

38 Now while they were on their way, it occurred that Jesus entered a certain village, and a woman named Martha received and welcomed Him into her house.
39 And she had a sister named Mary, who seated herself at the Lord's feet and was listening to His teaching.
40 But Martha [overly occupied and too busy] was distracted with much serving; and she came up to Him and said, Lord, is it nothing to You that my sister has left me to serve alone? Tell her then to help me [to lend a hand and do her part along with me]!
41 But the Lord replied to her by saying, Martha, Martha, you are anxious and troubled about many things;
42 There is need of only one or but a few things. Mary has chosen the good portion [that which is to her advantage], which shall not be taken away from her.
Luke 10:38-42 AMP

Did you know the things God has planned for you to do are to your advantage? But the things you plan for yourself, and the things other people plan for you, aren't always to your advantage. As someone has said, it's not what God has called us to do that wears us out, it's everything else we add to it. Do you find yourself overwhelmed? What have you agreed to take on without checking to see if there's a big red "X" buzzing over your spirit? 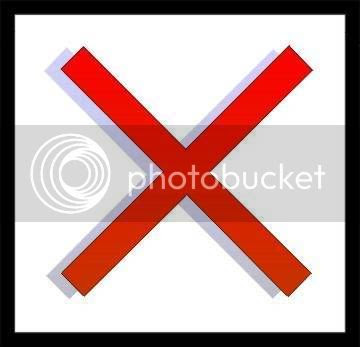 Saying "yes" to working in the church nursery because there's a need and you're motivated by guilt; doing a favor for a friend or relative, not out of love, but because you feel obligated to that person; accepting an assignment at work because you want to please your employer and your pocketbook more than you want to please God; or taking on someone else's responsibilities because you feel sorry for them, or you want to rescue them from the consequences of their own inaction... these actions, even cloaked in "good works" and "good deeds" are the ingredients of burnout.


So ask yourself, when was the last time you said "no"? If it's been awhile, it might be time to make some adjustments. You have permission to refuse. Saying "no" doesn't make you weak, mean, bad, or a failure. In fact, it might just make you stronger! 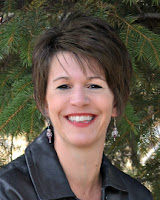 Niki Turner is a writer, former pastor's wife, mother of four, and grandmother of two. She is a self-confessed failure at coming up with catchy taglines for her writing, her purpose in life, or what she hopes to achieve in the future. Suggestions are welcome.