Secondary but not Second Rate

Characterization is not my strong suit. Plots tend to come to my mind more quickly than people, and I have to work really hard to turn them into people and not just back stories. This is especially true when it comes to secondary characters.  In many stories the secondary characters are little more than props. They serve a functional purpose, but only to force the action of the plot or provide someone to talk so that there can be dialogue instead of narrative. But they aren’t three dimensional in their own right.
In other tales the secondary characters are so vivid they are more interesting than the protagonists. They steal the show. Maybe that’s why pundits suggest not including children or dogs in novels.

Fagan (Oliver Twist)-Now some would say he’s the villain, but I think the villain of that story is Bill Sykes. Why is he a favorite? Because he isn’t all bad, just trapped by circumstances and his own weakness. Without him and the Artful Dodger, Oliver would have starved on the streets before he could complete his rags to riches story. Even if you don’t like him, you’ve got to admit he’s a memorable character. 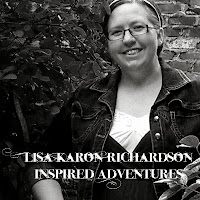 Influenced by books like The Secret Garden and The Little Princess, LISA KARON RICHARDSON’S early stories were heavy on boarding schools and creepy houses. Now, even though she’s (mostly) grown-up she still loves a healthy dash of adventure in any story she creates, even her real-life story. She’s been a missionary to the Seychelles and Gabon and now that she and her husband are back in America, they are tackling a new adventure, starting a daughter-work church in a new city. Vanishing Act, the second in the Charm and Deceit, series co-authored with Jennifer AlLee, is coming September 2013. She also has a novella coming out September, 2013 from Barbour entitled “Midnight Clear,” part of the Mistletoe Memories collection.