My native state of Colorado, (well, the Eastern half, anyway) was deluged with rain and accompanying flooding last week in what the news media has termed "Biblical" proportions. In a state that tends toward drought conditions and water restrictions, and which has a lengthy history of to-the-death battles over water rights, seeing this much water at one time is a bit terrifying.

Meteorologists have deemed last week's events a "100-year-flood." It's another way of describing an event of a lifetime, something you aren't likely to see more than once in any given area over a long period of time. Our prayers go out to those who have been affected by these situations, and especially to those who have lost homes, property, or loved ones.

I've been watching the news reports, and I keep thinking of the fiction writers' rule: "think of the worst thing you can do to your characters and take it one step farther." These kinds of circumstances, whether natural disasters or centennials of historic events, are replete with drama and danger on every level, creating ideal settings and backgrounds for our stories. The real challenge comes in choosing the event into which you can fling your characters...

Here are just a few from the last couple of hundred years or so (not including any wars).


1811-1812 New Madrid, Missouri earthquakes.   - Two of the largest earthquakes ever recorded in the United States.
1903 Iroquois Theater fire in Chicago.   - Deadliest single-building fire with a death toll of 605. The theater was marketed to women, because it was in a "safe" neighborhood. Corruption of fire marshals was suspected, but never proved.
1904 Eden, Colo., Two trains derailed by a flash flood, 96 killed   - The front Pullman car was left hanging four feet over the edge of what remained of the bridge.
July 4, 1914 - First U.S. motorcycle race (300 miles, Dodge City, Kans.)   - If you are a Harley-Davidson fan, this would be a wonderful story idea!

Those are just U.S. events, and just a limited number. Imagine what happens when you expand your search to Europe, South America, or Asia. Don't forget about local historical events, as well, when you're considering potential story ideas and settings.

Putting your characters in the midst of a natural disaster or man-made crisis generates instant conflict, and just as we see dramatic evidence of character, good and bad, played out for us in the news media during these sorts of events, using one of these events gives your heroes and heroines an opportunity to shine, and your villains a chance to show the depth of their nasty ways.

Now, to find the time to write! 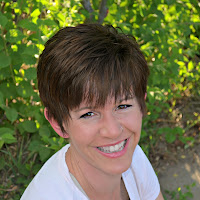