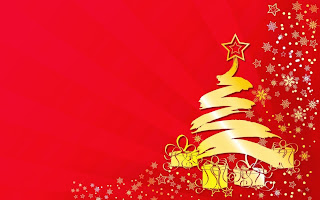 Here’s the blurb, followed by the excerpt:
Dahlia Delisi has poured her life into her store, The Blue Dahlia.  Once her faith was strong, and her life was on a different course.  But when Sloan Letheby left town, Dahlia drifted away from God.

Sloan Letheby has been transformed. His brush with death brought new meaning to his faith in God, and he needs to right old wrongs.  However, there's a murder plot in the way of his reunion with Dahlia.  Can he find a killer before it's too late?  And can Dahlia accept him...and God, back into her life? 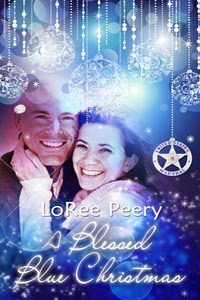 The recent activity wiped out Dahlia, and time slowed. Surprisingly, she dozed most of the way back to Lincoln. On the street that housed her duplex, she roused from her lethargy.

Sloan cupped her shoulder, and she sat straight. “I’ll let you know tomorrow if we’ve had any kind of break. Hopefully, this will all be over. Remember to thank the Lord that Ken is going to be fine.”

“Are you sure you don’t think I’m a wimp, the way you’re telling me to take it easy? My little snooze is probably the only rest I’ll get until Christmas. Counting down the days, and Christmas Eve is always the busiest day other than Black Friday. For some reason guys put off that special gift purchase to the last minute. Not that I’m complaining.” She’d forgotten to leave Ken’s bracelet gift for Carrie. It remained in her purse. She unlatched her belt and reached for the door handle.

“Wait. I’ll come around.” He did more than open her pickup door. He pulled her to his side, tucked her against him, and walked her up the drive.

She sighed, relished the familiarity.

Being so near to Sloan erased the years. Dahlia gave no thought to resting her head on his shoulder, falling into an old pattern.

Ever so gently, he shifted his stance so they faced one another. The icicle Christmas lights dripping from the eaves added a golden reflection to his eyes. “I won’t apologize. I can’t resist.”

“Shhh,” he said, sliding a finger across her lips.

He bent forward and replaced his finger with his lips, grazing her cheek with his face. His nose felt cold, but his lips shot fire through her.

Dare she give in? She was too tired to allow her mind influence over the temptation of responding to his touch. This was Sloan after all whose touch and feel at one time were almost an extension of her own body.

She got into the kiss. Within a nanosecond, hands were in motion. His and hers, roaming over arms, shoulders, backs, waists, as though their limbs held memory in the muscles. She skimmed her right hand over the ridge of ribs, firmness of body beneath layers, until her fingers reached his nape.

She cupped the base of his skull, where the indented seven-shaped scar registered through her fingertips. Her traveling fingers rose higher and rolled his warm stocking cap into a heap.

He moaned, and pulled them out of the upsurge of heat. “We’ve both wanted this since we laid eyes on each other again.”

She swerved to the side, her world atilt, and bent to retrieve his cap. He took it from her grasp and balled it into his own fist. Then he picked up her hand with his free one, and lifted her wrist for his caress.

She closed her eyes, marveled that such a minute touch at her pulse held enough force to set her senses on fire.

But she didn’t have time for all that in her life.

She pulled out of his arms. “Thanks for taking me to see Ken today. I need to get inside, and ready for tomorrow.”

His arms dropped to his sides, and he swayed a bit. So he felt shaken as well. “Dream of me tonight, Dahlia. And trust. Ken will be safe. The Lord will work out all the details.”

“There you go again. I’m used to working out my own details.”

A Blessed Blue Christmas is available now at Amazon for $0.99!

On December 1st, it will be available at Pelican Books

You can learn more about LoRee's by visiting her website at: www.loreepeery.com or at her Facebook page: https://www.facebook.com/LoReePeery. 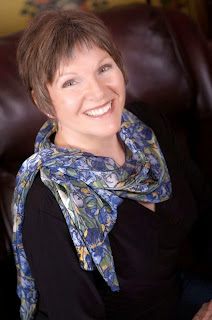 LoRee Peery is a lifelong Nebraskan who thanks her mother for teaching her to read when she was four. LoRee has devoured books ever since. She and her husband have tackled some interesting projects over the course of their married life. For one, they built the home they live in with their own hands. they used to want more acres further away from city life, but one day LoRee realized they had their "greener on the other side of the fence" already. All it took was removing the hedge that blocked their view. She feels grounded in her sense of place and considers it a blessing to have lived most of her life in the country. LoRee is blessed to have five children and eleven grandchildren.