So let's talk Myth #2.
If God has called you to write, He will equip you.

I've been struggling with this subject since I began writing fifteen years ago because what I heard as "truth" didn't feel right. And I wasn't sure what was wrong because how could it be wrong if all these spiritual people were saying it?

For the last four years, I've attended the ACFW national conference and heard speakers, fellow writers, and industry professionals talk about "God's call to write." It's almost gained this spiritual mysticism because when someone says anything contradictory to it, there is an outcry, almost, of heresy.

Sometimes I'm tempted to ask, "Do you truly believe this, or are you saying this because you want to come across as being more spiritual? And if God calls people to write, then why not people to be truck drivers or pharmacists or farmers? Why isn't there a convention for farmers called by God to farm?"

I'm not saying I don't think God calls people to be writers, or to write specific things. It's the next step that this belief takes.

Do you want that person doing surgery on you? Do you think any NFL team will sign a guy solely because he says God has called him to quarterback?

Or maybe writers are just more special than other professions. I'm a writer. We're not.

When my husband was a music minister, ladies would tell him how God had called them to sing. Some sang well. Others . . . didn't. Just because you believe God had called you to sing does not mean you sing well, or that you deserve to be the lead soprano. And when they weren't chosen for a solo . . . .

The majority of people who talk about being "called by God" are Christian writers and people in the ministry.

The reality is, very few people are gifted-by-God writers who didn't have to read a craft of writing book or take a class on creative writing. Most writers are learned writers. Just like becoming a surgeon or a nurse is a learned process. But it seems I keep coming across fellow Christian writers who tout the importance of God's call to write, as if His call is equal to Samuel anointing the shepherd boy David.


A call does not guarantee success.
Success does not require God's call.

There seems to be this unspoken belief that if God has called us to write, then He is obligated to get us published, make us best-selling authors, get us huge contracts, blah blah blah. Why not? We submitted to God's will. If this is His will, then shouldn't He make all things work for the good?

Clearly, God owes us success because He's called us to do this.

I've been writing for fifteen years. Never have I felt God's call to write. I started writing because of a challenge. I continue writing because I enjoy the end product. And for those who have experienced God's call, success in God's eyes is your obedience to what He's asked of you. Writers with God's call on their lives are not any better (or worse) than those without. And if God has truly called you to do something, then let your left hand not know what your right is about. Take time to think how your "testimony" comes across to others, both Believers and not.

To all who follow Jesus, we are given two commandments:

To love Him. To love others as we love ourselves.

And if you feel God has called you to do something specific, then as long as it honors Him and doesn't harm others, then do it. And learn to do it well.

QUESTION OF THE DAY :: I recently watched Anna Karenina with Keira Knightly and Jude Law. Early in the movie one character says to Anna, "I would rather reach the end of my life wishing I hadn't done something than wishing I had."

What about you? And has there ever been a time when you know God called you to do something and you did/didn't do it? 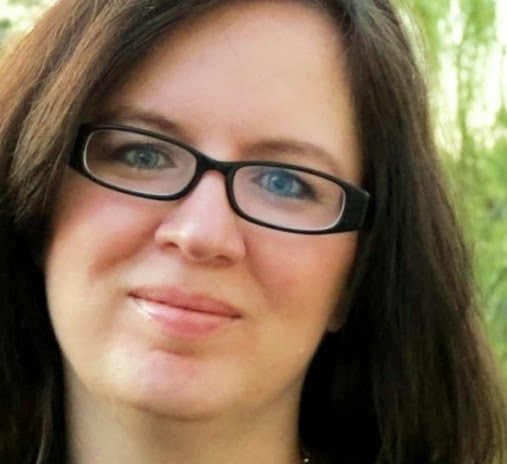 Gina Welborn is the author of eight romances, including one ECPA bestseller and her newest release, Holly Daze, an Amazon bestseller in Christian Historical Romance and Short Reads. After a decade in Virginia, she now lives in Oklahoma with her pastor husband, their five Okie-Hokie children, and a slew of pets.

www.GinaWelborn.com
Posted by Unknown at February 23, 2015